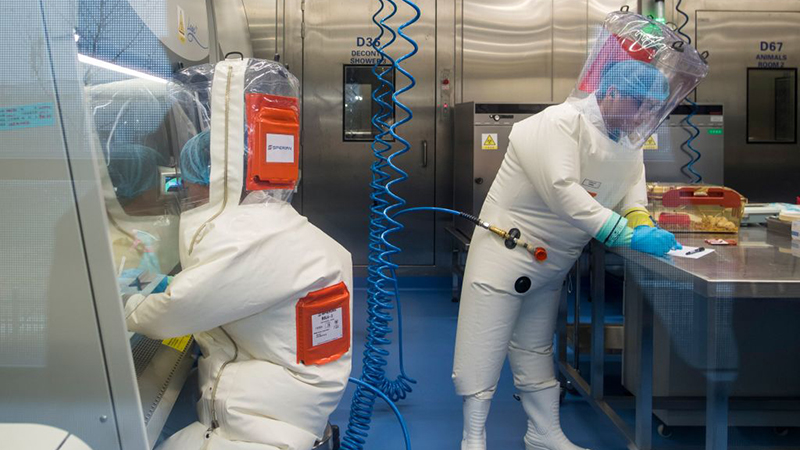 The Washington Post published a report Tuesday that admitted lab leaks in China are common, as well as pointing to evidence that the Chinese military was conducting secret research at the Wuhan Institute of Virology. However, the piece suggested that the origins of the coronavirus pandemic will never be found because of this very fact.

The Post, which earlier in the year was completely rubbishing the lab leak theory as a ‘debunked’ conspiracy theory, has done a complete 180, now reporting it as credible.

The new report acknowledges that classified military research was carried out at the lab and that records will almost certainly remain sealed by the Chinese government for two decades.

“The secrecy may help to explain why efforts to confirm or disprove the lab-leak theory of the pandemic’s origins have made little progress,” the report claims.

The Post further describes U.S. intelligence efforts to probe the pandemic origin as “exactly the sort of operation the Wuhan lab prepared for more than a decade ago with the setting up of systems to handle confidential information.”

“The precautions don’t mean the lab has anything to do with the virus’s origin, or that there’s anything nefarious about its classified projects,” the report proclaims.

The report then acknowledges that lab leaks have happened before in China, but claims that “So far, no evidence has emerged contradicting statements by the Wuhan researchers that they did not encounter covid-19 before the pandemic and that no accidents occurred at the lab.”

This completely contradicts the intelligence that reignited the lab leak hypothesis, the fact that workers at the lab were hospitalised before the pandemic, and even had family members die.

The Post article also argues that “Many Western scientists favor the theory that the pandemic began in nature,” without highlighting any of the scientific studies or other evidence pointing to the likelihood the the virus was engineered.

Neither does the piece point to the coordinated campaign to coerce scientists not to pursue the lab leak theory by gain of function research funder Peter Daszak and his cohorts, and the resulting dismissal of the hypothesis based on nothing but fear of being ostracised.

But then again what else would we expect from the establishment media.