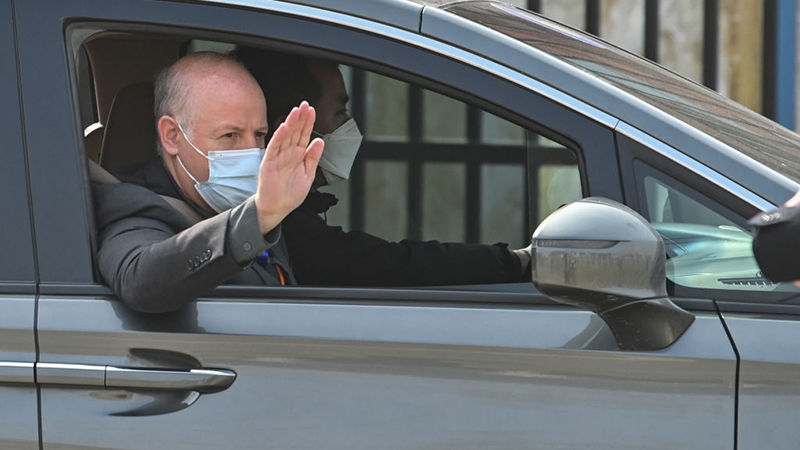 The scientist who funded the Wuhan Institute of Virology’s ‘gain of function’ research on coronaviruses, which many now believe to be the source of the pandemic, has finally been removed from one position of investigative authority.

As we previously reported, Peter Daszak was tapped to head up The Lancet’s UN backed commission to investigate the origins of the coronavirus that caused a global pandemic.

The British scientist was picked despite the fact that he was intimately associated with the Wuhan lab, had repeatedly dismissed the lab leak hypothesis a ‘dangerous conspiracy theory’, and created a pressure campaign via a letter published by The Lancet to force the scientific community into avoiding looking into the lab as a potential source of the outbreak.

Daszak was also the lead investigator for the World Health Organisation investigation that determined within 3 hours of visiting the Wuhan lab in February 2021 that there was no leak purely based on the word of researchers there.

Daszak was later employed as an ‘expert fact checker’ by Facebook when it was monitoring and removing ‘misinformation’ about the origins of COVID on its platform, much of which was credible scientific research. Facebook has since reversed the policy of banning any posts containing information suggesting COVID-19 was “man-made”.

It became abundantly clear that Daszak has the biggest motive to dismiss the lab leak notion, yet he kept landing roles in investigating it.

No longer it appears as The Lancet’s origins commission website lists Daszak as “recused from Commission work on the origins of the pandemic.”

At the beginning of this week, The Lancet also issued a statement saying it has invited the other scientists who signed Daszak’s original letter, several of whom are involved in the investigative commission, to “re-evaluate their competing interests.”

As we previously noted, other members of The Lancet’s task force are practically all minions of Daszak, some of whom helped him draft the letter that unequivocally stated the lab leak theory was dangerous, and others who either worked with him on ‘fact checking’ for Facebook, or were cited as sources during that activity.

The new statement also includes an expanded disclosure by Daszak in which he denies that he or his company EcoHealth received any money directly from the Chinese government.

It also states “EcoHealth Alliance’s work in China … includes the production of a small number of recombinant bat coronaviruses to analyse [sic] cell entry and other characteristics of bat coronaviruses for which only the genetic sequences are available… NIH reviewed the planned recombinant virus work and deemed it does not meet the criteria that would warrant further specific review by its Potential Pandemic Pathogen Care and Oversight (P3CO) committee.”

Essentially, Daszak is still claiming he had nothing to do with gain of function research, perhaps because it is now clear that this is the likely cause of the outbreak.

As Daszak also states, he is still currently a member of the WHO investigative team that continues to study the animal origins of the virus in tandem with China.