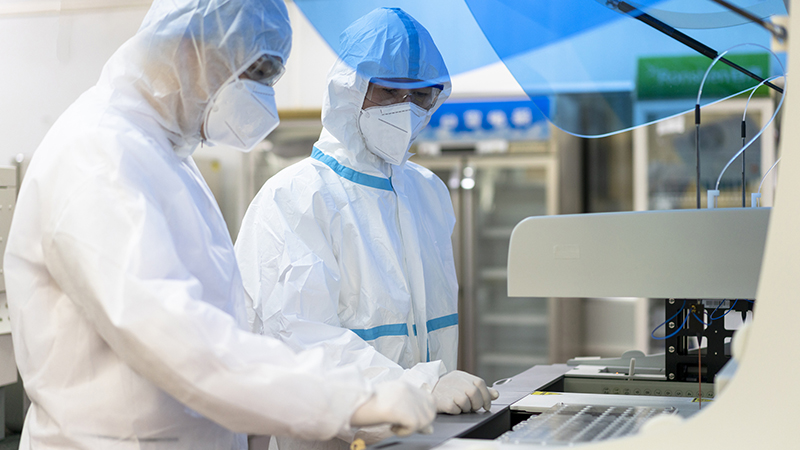 Leading scientists in the U.S. have admitted that they originally dismissed the theory that the coronavirus could have leaked from a lab in Wuhan because they didn’t want to be associated with President Trump and his supporters, or accused of being ‘racist’ against Chinese people.

NBC news notes in a report that at least five virologists “noted that the context and circumstances of the origin debate have changed.”

The report adds that “The shift reflects how some scientists who previously avoided the topic or were quick to dismiss it are grappling with enduring uncertainties about the virus’s origin, free from the politicization that clouded such discussions during the Trump administration.”

The report cites Alina Chan, a postdoctoral associate at the Broad Institute of MIT and Harvard University who specializes in genetic engineering.

Chan told reporters that “there had been trepidation among some scientists about publicly discussing the lab leak hypothesis for fear that their words could be misconstrued or used to support racist rhetoric about how the coronavirus emerged.”

Scientific investigation was ditched because researchers did not want to be associated with Trump.

“At the time, it was scarier to be associated with Trump and to become a tool for racists, so people didn’t want to publicly call for an investigation into lab origins,” Chan said.

Chan is one of 18 scientists who published a letter in the journal Science last month calling for a more in-depth investigation into the virus’s origin, including the possibility of a lab leak.

Chan’s comments highlight the damage done by the relentless leftist campaign to tar everything they disagree with as ‘racist’. In this case it has likely allowed China to conduct a massive cover up of a global pandemic, as hard evidence of any lab accident will now probably have been destroyed, as recently noted by the former head of MI6.

As we previously reported, other scientists who dared to say the lab leak theory was plausible were ostracised and ignored until recently when intelligence findings revealed that workers at the Wuhan lab fell sick with COVID-19 symptoms in November 2019.

As the global pandemic unfolded, scores of scientists came forward suggesting the genome sequencing of the virus was unnatural, and should be further investigated. The lab leak theory was effectively shut down, however, when scientists led by Dr Peter Daszak “orchestrated a ‘bullying’ campaign and coerced top scientists into signing off on a letter to The Lancet journal aimed at removing blame for Covid-19 from the Wuhan lab he was funding with US money.”

Daszak, who keeps appearing as the lead figure in investigations of the research he funded with US grant money via his own organisation, reportedly used his influence to get The Lancet to publish the letter, which stated that to even suggest the lab leak theory had any credibility was equal to spreading “fear, rumours, and prejudice.”