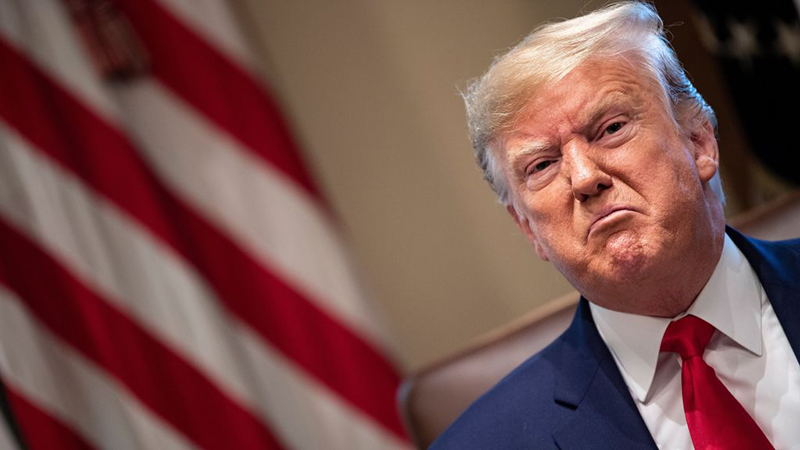 President Trump reacted to Joe Biden’s embarrassing performance in front of Russian leader Vladimir Putin Wednesday, noting that “it was a very good day for Russia.”

Appearing on Hannity, Trump noted “We gave a very big stage to Russia, and we got nothing.”

He continued, “We gave up something that was unbelievably valuable. I stopped the pipeline, NordStream II, and the pipeline was stopped, and it was given back [to Germany and Russia] and nothing was gotten for it.”

Trump also spoke about the four year obsession that the media and the left had over the conspiracy theory of Russian collusion, and noted that it damaged relations while he was president.

“Well, you just have to read the news,” Trump said, adding “For five years, from the day I came down the escalator, we have been under investigation, and it turned out to be all false stuff. It was a terrible thing with the Russia, Russia, Russia, which actually made it difficult to deal with Russia.”

“It was a phony deal created by Schiff and Clinton and all of these people. It was a disgrace, an absolute disgrace that it should happen, and it really was dangerous and very bad for our country,” Trump further urged.

Referring to the press, Trump said “They did get Pulitzers, and it turned out to be, they got Pulitzers for absolutely incorrect and opposite reporting.”

“It was horrible reporting, and there are many people that should have gotten Pulitzers where they had it right, but they were not considered, and it is a disgrace,” Trump further asserted.

Trump warned that the economy is tanking, however, and that the energy sector has become a “Bernie Sanders Dream”.

“This is far worse than Bernie was ever going to be,” Trump said of Biden’s presidency, adding “Bernie Sanders would have never even thought to suggest some of the things that are happening right now.”

“We are being led very, very stupidly, and I said this during the debates and people didn’t listen,” Trump proclaimed.