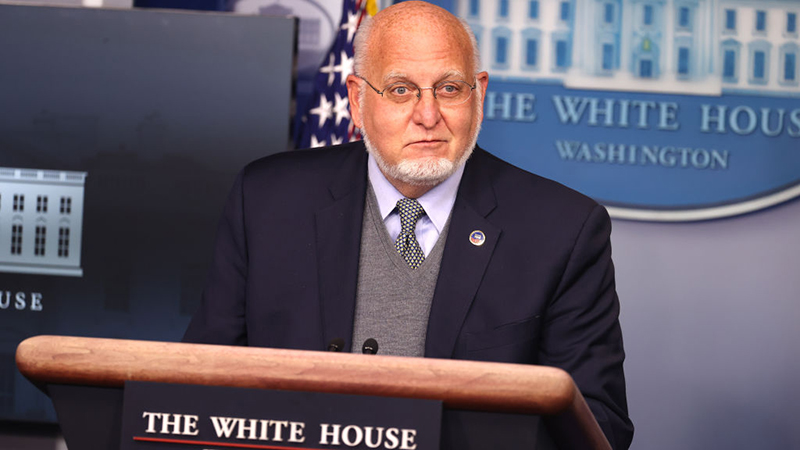 Former CDC Director Robert Redfield has doubled down on previous statements he made confirming his belief that the virus that caused the COVID-19 pandemic leaked from the Wuhan Institute of Virology.

Appearing on Fox News earlier this week, Redfield said in regards to the lab leak theory “my professional opinion, as a virologist, is that’s the hypothesis that I support.”

Redfield explained, “I had a very high-security clearance to work with the State Department and the national security group, including the secretary, Pompeo, where we reviewed material together to try to understand, help him understand what it meant scientifically.”

He added, “I don’t know if he also asked Dr. Fauci to do the same. But I would say I had probably the highest clearance within the agencies within the Department of Health and Human Services, and therefore was privy to a lot of information, some of which now has been declassified.”

“And I think, as you see more and more of it declassified, people start saying, well, wait a minute, maybe we ought to look at this other hypothesis at least with the same rigor,” Redfield continued.

Redfield charged that there was an attempt to undermine the lab leak hypothesis and have it dismissed as a conspiracy theory before any rigorous scientific investigation was carried out, calling the efforts “very anti-science.”

“And then, unfortunately, like I mentioned, those scientists and Lancet decided to almost try to power-play you that this is the only way you can think. And I think we’re seeing now that there’s an opening of the scientific community to say, wait a minute, we need to look at both possibilities, and we need to be scientific about this,” the former CDC chief noted.

He added “I do think there’s a scientific arrogance that they can control any negative consequences. And you have the Lancet letter, and then you — then you have all of this push back and forth with e-mails that were going back and forth with Tony. It just seemed like a lot of people wanted to squelch any idea that there was another hypothesis.”

Redfield also charged that Dr Fauci has refused to shift his beliefs from the zoonotic origin hypothesis despite the emergence of new evidence countering it.

“I think Tony is holding on to this hypothesis tightly,” Redfield said, adding “Now, why would that be? Well, the reality is, the only way new pathogens historically came into the human species is from a zoonotic source. So, it’s not like this is odd. This is the way it always was.”

Redfield continued, “And now you have this other question, as people are doing research, particularly in this range of we call gain of function research, where we’re taking natural pathogens that don’t infect humans, and doing things to them in the lab, where they may gain the capability to infect humans.”

“So, I find it — as a virologist, I find it biologically not feasible now that, all of a sudden, this virus, even if we find this intermediate host, which we haven’t found, is that it immediately has somehow learned how to be highly infectious for man,” Redfield urged.

As we previously noted, the current CDC director Rochelle Walensky has also acknowledged that there is a “possibility” that the COVID-19 virus was leaked from the Wuhan lab.