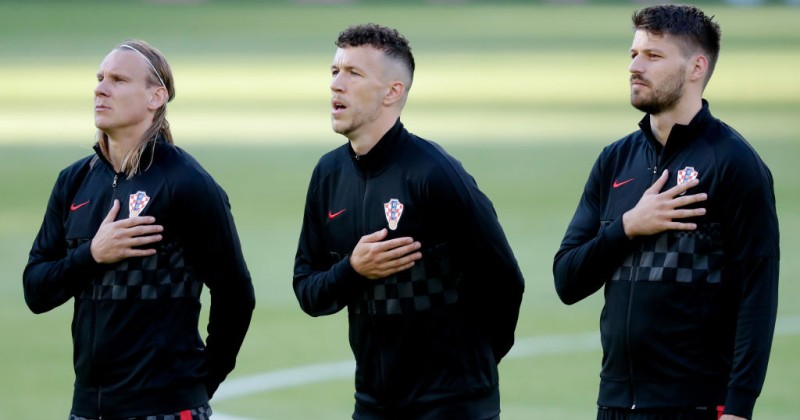 The Croatian national football team says its players will refuse to ‘take a knee’ before their Euro 2020 games because the stunt is an explicitly political gesture which would violate UEFA rules.

The argument made in the UK for England players taking the knee, despite being booed for it by their own fans, is that the gesture is merely a symbolic anti-racism stance and doesn’t equate to any form of political messaging.

However, the gesture only started being performed in the UK after the death of George Floyd last year and is inextricably linked with Black Lives Matter, a divisive, violent, extremist far-left political movement.

With Croatia set to play England at Wembley next week, the Croatian Federation said that its players would not be taking a knee before the match and will instead remain standing.

“At a press conference before the European Championships, Croatian national team spokesman Tomislav Pacak did not want to answer a question related to kneeling, but Croatian journalists said the decision was made by the association because kneeling is not part of the UEFA protocol and the UEFA is explicitly opposed to any politically motivated manifestations in sport,” reports Remix.

The Hungarian national team will also remain standing for the same reason, with the Hungarian Football Association explaining in a statement, “The rules of UEFA and FIFA do not allow politicization on the pitch and in the stadium, which the MLSZ not only accepts but agrees with. The national team will not express its condemnation of any form of hatred by not kneeling before the matches.”

Hungarian Prime Minister Viktor Orban went even further, asserting that the display was a “provocation” when performed in Budapest by Ireland players and is only being performed in some European countries due to their historical guilt over slavery.

Despite the fact that England will flagrantly violate UEFA’s rules on political gestures multiple times by taking the knee, don’t expect them to face any official sanctions.

As we document in the video below, fans who boo players taking the knee have been denounced as racists despite their reason for doing so being exclusively to express opposition to Black Lives Matter’s extremism, iconoclasm and demented political goals.

Scotland Players Won’t ‘Take a Knee’ Before Match With England