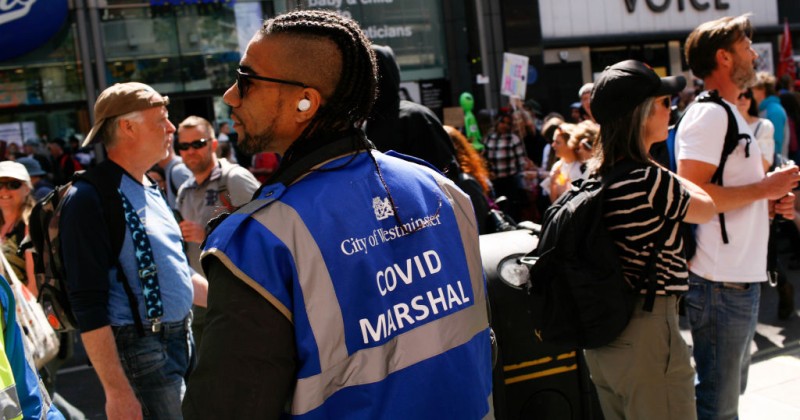 England’s lockdown measures could remain in place beyond the supposed “freedom day” on June 21st despite the fact that for 11 out of the last 12 weeks, deaths have been below the 5 year average.

As LockdownSkeptics.org highlights, “(the) ONS announced that there were 9,628 deaths in England and Wales in the week ending 28th May 2021. This is 232 fewer than the previous week, and 3.1% below the five-year average.”

“Deaths in England and Wales have now been below the five-year average for 11 of the past 12 weeks. Over that time, there were 8,212 fewer deaths than you’d expect based on the average of the last five years. And note that, due to population ageing, the five-year average understates the expected number of deaths. So the true level of “negative excess mortality” is even higher.”

The number of registered deaths in the week ending May 28 is also lower than the 5 year average in seven out of nine English regions, including the population-dense South East.

June 21st was the day when all COVID-19 restrictions were supposed to be lifted, but more and more indications suggest the government will once again cave to its scaremongering advisers and keep them in place.

Lockdown measures are set to remain in place well into July despite the fact that 80% of Brits now have COVID-19 antibodies and the population reached herd immunity back in April.

Earlier today, Prime Minister Boris Johnson said, “Everyone can see very clearly is cases are going up and in some places hospitalisations are going up,” suggesting he is about to move the goalposts on his promises yet again.

Deaths in England and Wales have been below the five-year average for 11 of the past 12 weeks. Given that 80% of adults now have COVID antibodies, what possible grounds could there be to delay the full reopening? https://t.co/97J2qNLeuS

“Deaths in England and Wales have been below the five-year average for 11 of the past 12 weeks. Given that 80% of adults now have COVID antibodies, what possible grounds could there be to delay the full reopening?” asked Toby Young.

Watch: Fauci Declares Himself The Supreme Authority; ‘Attacking Me Is Attacking Science’