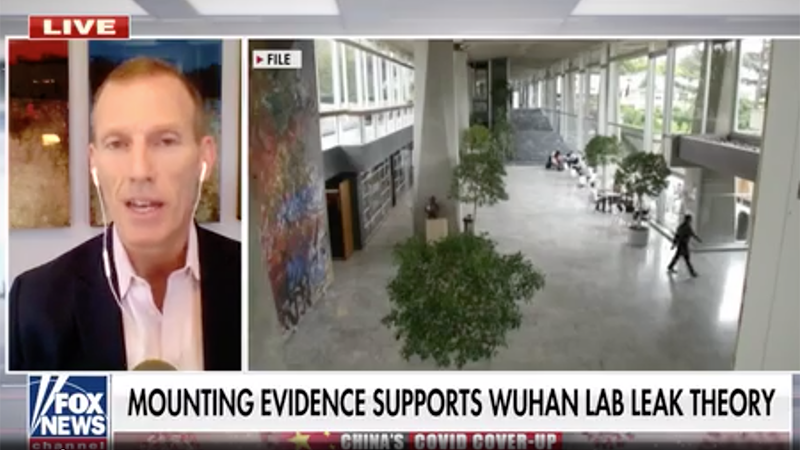 A leading advisor for the World Health Organisation said Monday that China is still engaged in a “massive cover up” of the coronavirus pandemic, calling for a “full investigation” to be conducted by the US government and it’s international allies.

Appearing on Fox News, Jamie Metzl urged that “The Chinese have engaged in a massive cover-up that is going on until this day, involving destroying samples, hiding records, placing a universal gag order on Chinese scientists and imprisoning Chinese citizen journalists asking the most basic questions.”

Metzl, a former State Department official and Senate Foreign Relations Committee staffer, added that “The more that China stonewalls, the more suspicious that it looks.”

“We can’t give China a veto over whether or not we investigate the world’s worst pandemic in a century and then do everything we can to make everybody safe,” Metzl asserted.

Metzl also pointed out that the World Health Organisation “doesn’t have the mandate to have its own surveillance capabilities,” and was therefore easily batted away by China in the early days of the outbreak when it requested to send responders.

He previously acknowledged that the WHO’s investigation into the origins of the coronavirus outbreak was “entirely inadequate”.

Metzl also recently described Dr Peter Daszak’s attempts to have the scientific community dismiss the lab leak theory out of hand as “scientific propaganda and a form of thuggery and intimidation.”

Daszak, the scientist at the centre of the gain of function funding controversy, used his influence to have The Lancet journal publish a letter, signed by 27 other scientists, labelling the lab leak possibility as a dangerous conspiracy theory before any robust scientific investigation had occurred.

“By labelling anyone with different views a conspiracy theorist, the Lancet letter was the worst form of bullying in full contravention of the scientific method,” Metzl noted.

Calling for a robust investigation into the origins of the outbreak and its aftermath, Metzl explained “There’s a reason why after a plane crashes, we do everything possible to understand what happened.”

“If we don’t learn those lessons, there are other planes that are in the air. For all we know, the next pandemic is just around the corner and if we don’t understand and fix our biggest problems, we’re going to be at unnecessary risk. We have to get to the bottom of this, which means asking that tough questions and following the data wherever it leads,” Metzl emphasised.

Indeed, reports indicate that China is planning on opening scores of bio-labs just like the Wuhan Institute of Virology, over the next five years.

The Financial Times reports that “some Chinese officials have warned about poor security at existing facilities. In 2019 Yuan Zhiming, the director of the Wuhan Institute of Virology’s BSL-4 lab, wrote a review of the safety deficiencies in China’s laboratories. ‘Several high-level BSLs have insufficient operational funds for routine yet vital processes,’ Yuan wrote, adding that maintenance costs were ‘generally neglected.'”

Lab leaks have happened multiple times from such facilities in China, with SARS escaping twice from the Chinese Institute of Virology in Beijing in 2004, one year after its spread was brought under control.

Former FDA head Scott Gottlieb has also urged that “These kinds of lab leaks happen all the time.”

Gottlieb recently warned that “In China, the last six known outbreaks of SARS-1 have been out of labs, including the last known outbreak, which was a pretty extensive outbreak that China initially wouldn’t disclose that it came out of lab.”

“It was only disclosed finally by some journalists who were able to trace that outbreak back to a laboratory,” Gottlieb explained.

Gottlieb also noted that China has failed to make public blood samples from workers who got sick at the Wuhan lab, which would be vital to determining the origin of the outbreak.

Former head of British intelligence agency MI6, Sir Richard Dearlove, has warned that it may be too late now to hold the communist state accountable because it will have probably destroyed all that evidence. Dearlove is on record with his form belief that the pandemic was caused by a lab leak and then covered up.