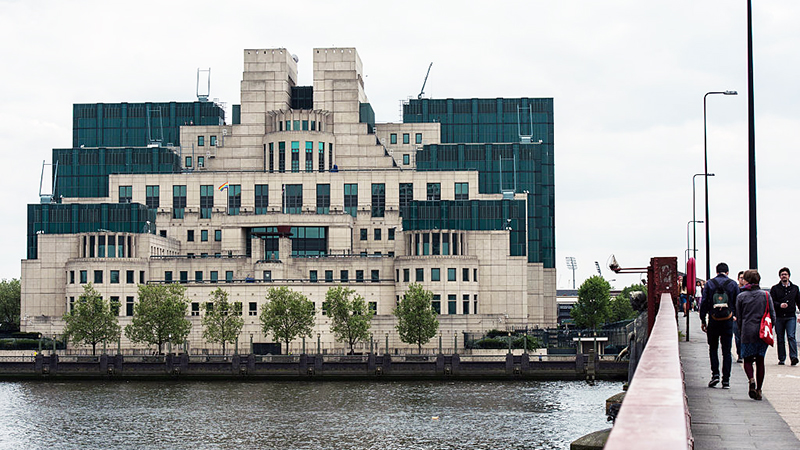 The former head of British intelligence agency MI6, who previously said he believes the coronavirus outbreak originated from a lab leak in Wuhan, has warned that it may be too late now to hold the communist state accountable because it will have probably destroyed all the evidence.

Speaking on a London Telegraph podcast, Sir Richard Dearlove lamented that the paper trail of ‘gain of function’ research at the Wuhan Institute of Virology will likely be gone now.

Dearlove, who served as head of Britain’s foreign intelligence for five years in the early 2000’s, added that China has worked relentlessly to silence scientists who tried to warn the rest of the world.

“The People’s Republic of China is a pretty terrifying regime and does some things we consider unacceptable, and extreme in silencing opposition to the official line of the government,” he said.

Over a year ago, Dearlove was citing scientific research by Professor Angus Dalgleish of St George’s Hospital, University of London and Norwegian virologist Birger Sorensen which presents evidence suggesting the virus was manufactured in a laboratory.

As the scientists recently noted, they were ostracised and ignored until recently.

“This is why scientific analysis is now so important because although that can’t prove the case 100 per cent, the thorough biochemical analysis puts the weight of evidence to this being a man-made lab experiment, a natural virus that has been enhanced,” Dearlove explained.

Referring to the renewed focus on the lab leak theory, Dearlove noted that  “The whole argument has shifted and I’m pretty sure in my own mind that the US must have material which has accelerated this development.”

“China was originally let off the hook. I think the problem was the style of the Trump regime, a lot of people understandably found it hard to go along with his more outlandish allegations,” Dearlove continued, adding that “In the end it’s going to boil down to scientific evidence because the data is no longer available, unless some courageous Chinese individual, probably a scientist, comes forward.”

Dearlove concluded that “We have been through a period of extraordinary nativete in our relationship with China,” adding that he has been “staggered the sheer naivete” of Western leaders believing they could “develop a relationship with China without understanding they were dealing with a communist dictatorship.”

The former MI6 chief also asserted that the World Health Organisation should not be investigating the origin of the pandemic, given its track record over the past year.

“The WHO looks like a lost cause and that should not be the agency to deliver material which gives us a clear understanding of what the hell happened,” Dearlove emphasised, adding “The WHO report was farcical and it’s clear now they are losing control of the narrative.”

Dearlove’s comments highlight how vital it was to China that tech companies and the establishment media censored information on the lab leak for a year, at the behest of the likes of the World Health Organisation and Dr Anthony Fauci.

Those self appointed arbiters of truth may have enabled the biggest cover up in in a generation.