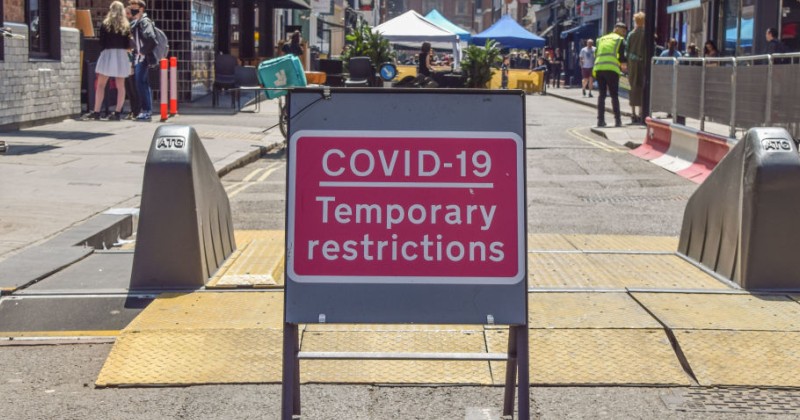 On the day that the UK recorded ZERO coronavirus deaths for the first time since before the first lockdown over a year ago, a government adviser who wants lockdown restrictions to remain in place says he is being told to “shut up”.

Maybe he should take their advice.

After recording just one COVID death yesterday, the whole of the UK reported no deaths whatsoever today.

“The last time there were no deaths was on 7 March 2020, before the first lockdown,” reports Sky News.

However, despite deaths having been plummeting fast for weeks, lockdown grifters who have made a name for themselves by continuing to insist the country remains under restrictions are loathe to give up their power.

One such individual, Professor Adam Finn, from the Joint Committee on Vaccination and Immunisation (JCVI), is demanding that the final stage of “unlocking” on June 21st be delayed.

Prof Finn said: “There are a lot of people who are very fed up about the idea of us even worrying about this.”

“Since I’ve been saying in the last 24 hours that we should be cautious I’ve been getting lots of messages from people telling me to shut up basically,” he added.

Yet he should do precisely that – shut up and fade into the background.

As we previously highlighted, government advisers admitted that their scare propaganda was too effective and that it terrorized people to such a degree that many have now developed a new mental illness called COVID-19 anxiety disorder.

Scientists acknowledged that they used psychological manipulation techniques that were “unethical” and “totalitarian” as methods of instilling fear in the population in order to control behavior during the pandemic.

As we highlight in the video below, some people are still so traumatized by their brainwashing, they refuse to remove face masks not only in their own homes, but also during sex.

Former FDA Commissioner: China Should Have Blood Samples From Sick Wuhan Lab Workers, Where Are They?