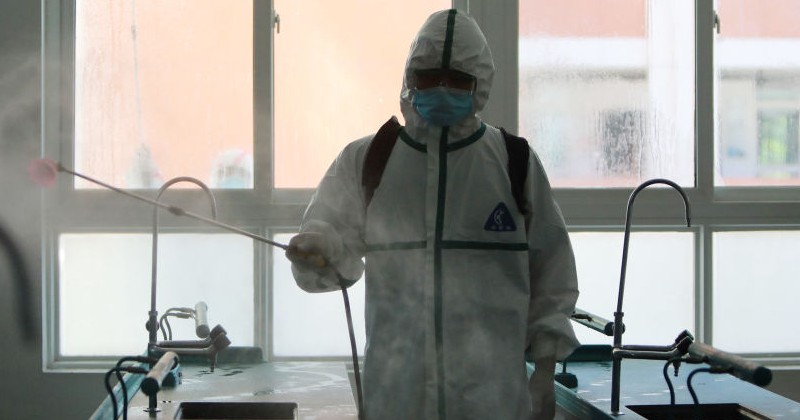 U.S. intelligence has been sitting on a “raft” of evidence pertaining to the Wuhan lab leak origin of COVID-19, according to a report published by the New York Times.

After Joe Biden announced a 90 day investigation into the theory, it has been revealed that there is “a raft of still-unexamined evidence that required additional computer analysis that might shed light on the mystery,” according to senior administration officials quoted by the newspaper.

“In other words, the US government has been sitting on a large collection of intelligence in perhaps the most important investigation into an economy-wrecking global pandemic, as China destroyed evidence and has refused to cooperate with international probes,” reports Zero Hedge.

When asked by reporters yesterday about the investigation, Biden vowed to make it public but with the proviso, “unless there’s something I’m unaware of.”

President Biden says he pledges to release the full report on COVID-19's origin after 90 days "unless there's something I'm unaware of" https://t.co/yfsqs3e1t7 pic.twitter.com/9YTl0ggmZV

Either that was yet another Biden throwaway verbal gaffe, or preparations for a whitewash are already in place. Don’t forget that Biden’s administration nixed a previous effort to investigate the Wuhan lab started under Trump.

The unexamined evidence consists of “databases of Chinese communications, the movement of lab workers and the pattern of the outbreak of the disease around the city of Wuhan,” according to the report.

Biden is also leaning on America’s allies to produce similar evidence following the revelation, provided to the U.S. by one such ally, that three lab workers got sick and had to be hospitalized from COVID-19 symptoms in November 2019, two months before China was still telling the WHO there was no “human to human transmission” of the virus.

“The White House is hoping that allies and partners can tap their networks of human sources to find additional information about what happened inside the laboratory,” reports the Times.

As we highlighted yesterday, while the results of any such investigation are, at best, likely to conclude the leak was accidental, others have different views.

According to President Trump‘s former national security advisor Michael Flynn, COVID-19 “was a weaponized operation by the nation of China with some collaboration… with other countries.”