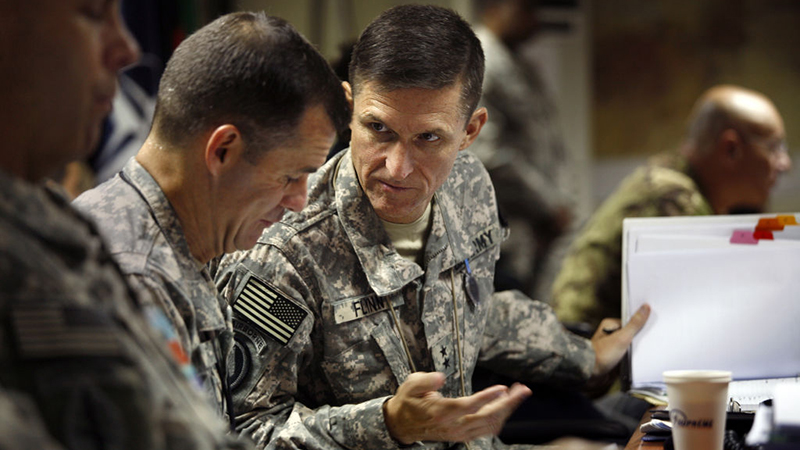 President Trump‘s former national security advisor Michael Flynn commented on the renewed focus on the theory that the coronavirus came from a lab in Wuhan, saying that he believes it was a ‘weaponised operation’.

“We’ve had over a year of people all over the world having to answer tough questions,” Flynn said during an interview on 1320 AM WJAS.

The three star general continued “The people in this country are demanding answers. I believe we what we are going to find out is that this was a weaponized operation by the nation of China with some collaboration… with other countries.”

While Flynn suggested that the outbreak was “some kind of attack,” he also stated that it could have “occurred mistakenly because of poor operational conditions inside these laboratories in China.”

He also made it clear that he believes COVID is a real virus, and many older people have really died from it, countering leftist mainstream media claims that he believes the entire pandemic is completely ‘staged’.

“We must demand from our government [to know] exactly what happened,” Flynn urged, adding that “we’ve had the entire country and the entire world shut down, people have lost their livelihoods and businesses… this has caused a massive shift in our entire society.”

“The people of this country are not going to stand for just continuing to go down this road of these falsehoods and these lies about the origins of COVID,” Flynn asserted.

As we reported earlier, Joe Biden has now claimed that he tasked the US Intelligence Community with looking into the origins of the pandemic in March, and has now again asked for a ‘redoubling’ of their efforts and a new report in 90 days.

The development comes after the administration was slammed for shutting down a Trump State Department investigation.

The lab leak theory has gained traction once again after a previously unseen US intelligence report revealed that at least three researchers working at the Wuhan Institute of Virology, where coronavirus experiments were being conducted, were hospitalised in mid November 2019 with symptoms matching those of COVID.

Commenting on the revelations, David Asher, the State Department’s former lead investigator on the origins of the virus said it is “very doubtful that three people in highly protected circumstances” all became sick with “severe conditions all in the same week, and it didn’t have anything to do with the coronavirus.”

Asher has previously said that the intelligence points to an involvement of the Chinese military conducting bioweapons research at the lab.

Previous reports have suggested that the Wuhan Institute took a shipment of some of the world’s deadliest pathogens just weeks before the outbreak of the coronavirus. It is also known that the lab was tampering with natural pathogens and mutating them to become more infectious through ‘gain of function’ research.

This is the ‘weaponisation’ that General Flynn is referring to.

Rand Paul: ‘Fauci Cannot Investigate Himself; Get Him Under Oath’