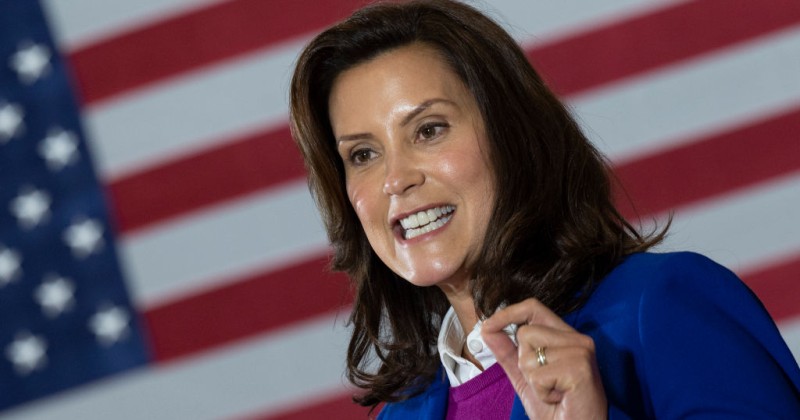 Yet another example of an authority figure violating their own COVID-19 restrictions occurred over the weekend after Michigan Gov. Gretchen Whitmer was forced to apologize for breaking rules on indoor dining.

Whitmer was photographed with a dozen people at a bar in East Lansing, violating rules which state a maximum of 6 people can be seated at a table.

“Yesterday, I went with friends to a local restaurant. As more people arrived, the tables were pushed together,” the governor said in a statement. “Because we were all vaccinated, we didn’t stop to think about it. In retrospect, I should have thought about it. I am human. I made a mistake, and I apologize.”

In other words, yet again, it’s one rule for the plebs and another rule for those in power.

By dining inside with more than 6 other people, Whitmer was violating a statewide order that was passed only the week before.

This is just the latest of a plethora of examples of those who make the rules and demand everyone else comply flagrantly violating them.

In April, two of Whitmer’s top aides went for a spring break vacation even as residents were cautioned against traveling due to a rise in COVID cases.

We previously highlighted how John Kerry violated CDC mandates by removing his mask almost immediately after boarding a first class flight from Boston to DC.

Joe Biden violated his own executive order on the day it was signed when his family took part in a photo-op on federal property after removing their masks.

Video: Tucker Carlson Blasts Fauci, WHO, Media For Lying About Coronavirus Lab Leak For A Year