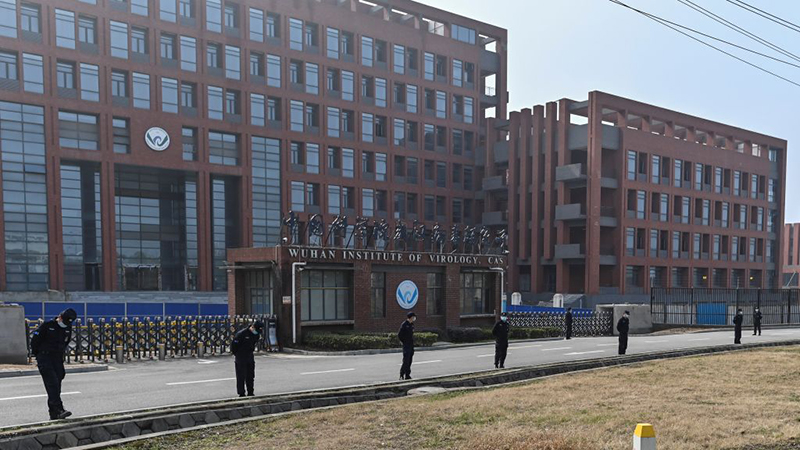 GOP representatives on the House Intelligence Committee have demanded an update from the White House and the Director of National Intelligence on the possibility that the coronavirus leaked from a lab in Wuhan, China.

In a letter, the Republicans say that despite submitting evidence to back up the theory, they have not received further information from the investigation, nor have they been provided with adequate explanation as to what led to “seemingly authoritative statements early in the pandemic about the origins of the virus.”

“This casts doubt on the validity of early judgments as well as the analytic integrity of COVID-19-related intelligence reporting,” the letter states, further demanding that all information on the possibility of a Chinese cover up be disclosed.

It continues “Republican Members are aware of allegations that the IC suppressed dissenting views related to the origins of the pandemic and that the community relied upon ‘outside’ experts with concerning yet undisclosed entanglements.”

“I want to call to your attention the fact that U.S. government funds — whether directly or indirectly — are supporting dangerous dual-use scientific research at the Wuhan Institute of Virology. Our findings, though incomplete, suggest the United States supported such work despite clear evidence of the People’s Liberation Army’s involvement at the WIV,” the letter states.

“It is unclear, however, if the Intelligence Community or any other part of the U.S. government is seeking to determine the truth,” the letter to Biden also notes.

White House Medical advisor Dr Anthony Fauci has come under increased scrutiny as the NIH’s involvement with the Wuhan lab is being called into question.

The development also comes in the wake of a group of the world’s leading scientists penning an open letter urging more investigation into the possibility that the coronavirus pandemic was caused by a leak from Wuhan’s Institute of Virology, saying that the World Health Organisation has dismissed the notion without proper consideration.

Appearing on Fox News Sunday, Nunes stated that “This gain of function is really weaponizing a virus and I’m sure there are a lot of people who say on one hand well, it could weaponized a virus. On the other hand, it could come up with the cures.”

The GOP rep continued “We have zero evidence that some dude ate a bat in a wet market. I think that’s important to note because what we’re talking about here is very dangerous potential dangerous leaks and also future biological warfare.”

Video: Fauci Declares Pandemic Has Highlighted How RACIST America Is