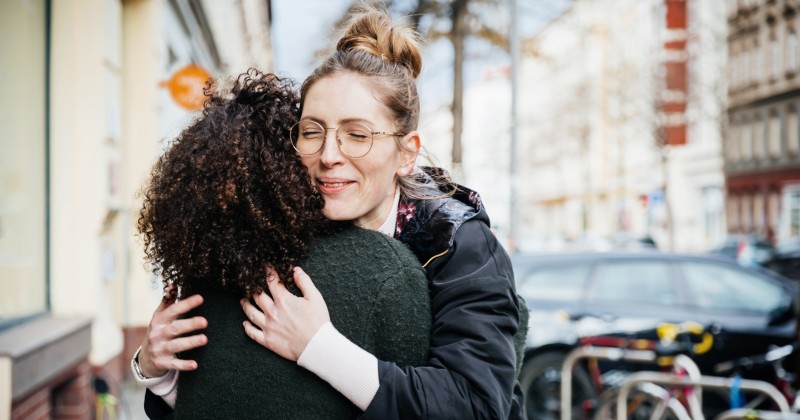 The government and medical experts are urging Brits to be cautious when hugging other people even after lockdown measures are eased next week.

From May 17th, Brits will be ‘permitted’ by the government to meet with a total of 6 people indoors.

However, despite people being legally allowed to congregate inside for the first time in nearly 6 months, rules on close contact and hugging have remained largely undefined.

Leaks from within government this morning indicate that Brits will be urged to restrict themselves to “cautious cuddling,” reflecting concerns “that the public could go too far.”

Government will urge cautious cuddling when the guidance on physical contact is relaxed later, reflecting concerns in Whitehall that the public could go too far.

God forbid a Grandma who has possibly a year or two to live would be able to hug her own grandchildren for the first time in a year. What a dangerous concept.

“If you are in hugging range and you’re touching somebody, and your face is right next to their’s, you are gonna be breathing the breath that they are exhaling,” he said.

The PM is expected to confirm that family and friends will be able to hug each other from next Monday.

But what's the increased risk of transmission?@DrHilaryJones explains that it is 'biologically substantial' and there's 'still time to be cautious' pic.twitter.com/p97CPz3FvR

“Right now it might be a mistake, because we have got these new variants, we’ve still got 2,000 cases that we know about every day, probably a lot more that we’re not testing for, so it is still time to be cautious,” added Jones.

Dr Deepti Gurdasani also appeared on the same show to claim that new variants of the virus should lead to government to “reconsider easing of restrictions,” including hugging.

Is it too soon to start hugging?

Dr Deepti Gurdasani says it is still too risky to hug others.

She responds to the question about whether the govt should reconsider easing restrictions as vaccine efficacy against new variants is not yet known. pic.twitter.com/8GCN4VUxxl

COVID deaths have virtually disappeared and cases are at their lowest since last summer, but the medical establishment is loathe to even let Brits think they can consider going back to normal.

Of course, the entire notion that the government should have any say on whether or not you’re allowed to hug your own family members and friends inside your own home is completely ludicrous.

The only thing that’s more insane is that anyone would care or adhere to such stupid rules, but given that the vast majority of the British population has been terrorized by exaggerated COVID propaganda for over a year, most of them slavishly comply.