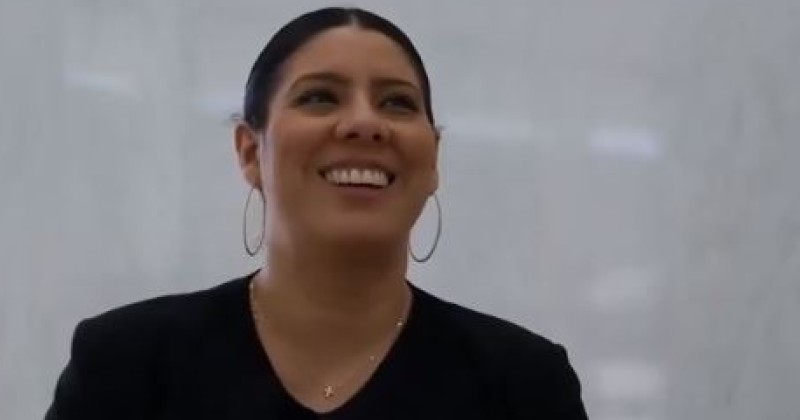 A CIA recruitment ad featuring a “cisgender woman of color” who rails against the “patriarchy” and announces she has been diagnosed with “generalized anxiety disorder” has been ridiculed for its woke pandering.

The promo went viral on Twitter, racking up almost a million views, prompting ‘The CIA’ to start trending.

In the video, a Hispanic woman regurgitates glib social justice mantras, explaining how she is a “daughter of immigrants” while bragging about being “perfectly made.”

“I am a cisgender millennial who has been diagnosed with generalized anxiety disorder,” she states.

Turns out the CIA was behind Woke all along. Seems kind of obvious in hindsight. pic.twitter.com/QQfnV1It0k

“I am intersectional, but my existence is not a box checking exercise,” she adds, after having ticked a whole raft of ‘diversity’ boxes and showing off her ‘Donald R. Cryer award for diversity and inclusion.’

She then begins rambling on about not allowing her inflection to rise at the end of her sentences and having “earned her way in” (but not by checking diversity boxes, surely?).

“I used to struggle with imposter syndrome, but at 36, I refuse to internalize misguided patriarchal ideas of what a woman can or should be,” she states, once again definitely not trying to tick diversity boxes.

She then continues to stroke her own ego before declaring herself to be “a proud first generation Latina and officer of the CIA.”

Respondents to the clip expressed a mixture of disgust and bewilderment at the utter state of the CIA to be forced to resort to such pandering.

Henceforth all criticism of the CIA is white privilege. https://t.co/416Gv8rNcX

The really telling thing about this video os that it speaks to the CIA's assessment of who would be interested in working for them. Clearly, they think they have appeal to woke millenials – and they're probably right. https://t.co/1hGuVRuE7B

The CIA went from waterboarding terrorists to torturing Americans with shitty woke commercials.

I hope the CIA actually is hiring fail brain millennials with debilitating anxiety like in the ad. that would be hilarious. Sam Fisher getting captured and tortured because the analyst working on his mission is hyperventilating due to being quote tweeted

"I have been diagnosed with generalized anxiety disorder"—isn’t that what you want from the CIA? https://t.co/abqtnnRR8m

Our enemies are laughing their asses off watching this. While the CIA virtue signals about hiring an "intersectional, cisgender millennial with generalized anxiety disorder", our enemies are plotting to take advantage at every turn.

THE STATE OF OUR UNION IS IN PERIL.

Really? You can't think of *any* reasons it might make sense for the CIA to hire for diversity?

Here's a hint: what if we want to spy in a country that is mostly nonwhite? https://t.co/l4oyM4oDMf

Hysterical Imbeciles Cancel Jeopardy! Winner For “White Supremacist” Hand Sign That Had Nothing to do With White Supremacy