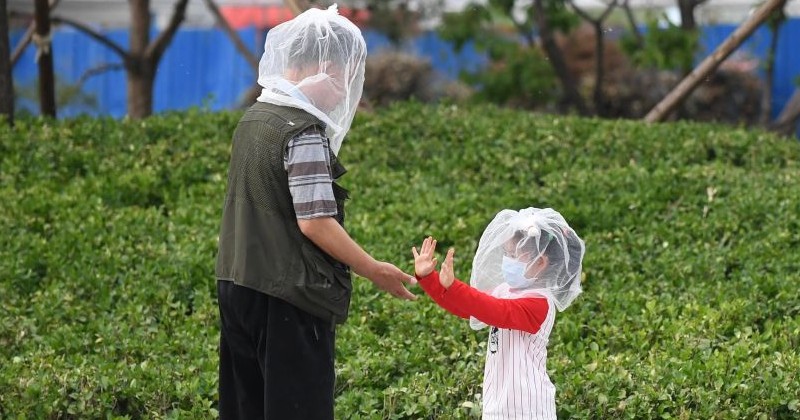 The Communist Chinese government is punishing citizens in some areas of the country who commit COVID-related transgressions such as not wearing a mask in public by deducting 10 points from their social credit score and in some cases putting them on no fly blacklists.

A lengthy article in the London Times explains how the CCP exploited the COVID pandemic to massively expand monitoring of its own citizens and introduce new methods by which they could be punished for committing COVID-related infractions that didn’t rise to the level of criminal acts.

Some of the newly introduced transgressions which lead to social credit score points deductions and travel bans include failing to wear a mask in public (10 point deduction) and failure to self-isolate (50 point deduction).

“Those who made the blacklist were punished by a variety of measures, including prohibition from buying flights, high-speed rail travel and luxury hotel bookings,” reports the Times.

“Citizens with the lowest scores can be barred from government employment, and businesses can be excluded from subsidies or participation in government procurement programmes,” the report adds.

People in some areas of the country “caught hiding virus symptoms, concealing the details of their recent travel, avoiding medical treatment or having contact with suspected patients had their misdemeanours added to their personal social credit file.”

Mirroring social media censorship and actual government legislation in the west that seeks to punish people for spreading “conspiracy theories” or “misinformation,” China likewise deducts social credit score points for “spreading rumours,” a punishment that was inflicted upon medical workers and journalists who blew the whistle on China trying to hide the outbreak in the early days of the pandemic.

“The bar for falling foul of the social credit system was much lower than for breaking the law,” according to the report. “During one month last year, 96 infringements of Covid-related rules, such as the concealment of travel history, were recorded by the Shanghai government. Only nine were deemed serious enough to warrant criminal proceedings, but all were made public online and attached to the individuals’ credit records.”

British MP Bob Seely summed up the desired effect of the program, which is to “(encourage) people not to question the system because otherwise you will face a myriad of problems and complications in your daily life.”

In contrast, those who spread what the Communist regime deems to be ‘truthful’ information about the pandemic and the vaccine are put on “red lists” for their good behavior and rewarded with perks which include cash payments, low interest loans and discounts on utility bills.

The COVID pandemic allowed the CCP to further centralize social credit score pilot projects into one scheme, with citizens being given green, amber or red status via a traffic light app to determine their compliance with regulations.

“It allowed China to deploy the full force of the surveillance state, tapping into a trove of data on movement and behaviour — combined with casual brutality towards those who resisted quarantine after being flagged by the algorithms,” said Ian Williams, an expert on Chinese cybersecurity.

“The ‘social credit’ elements involved the fine-grained analyses of social media behaviour, location, movement and the monitoring of social interactions,” he added.

Former British diplomat in Beijing Charles Parton said the intent of the system is to “reinforce the totalitarian control of the people” by creating a “police cloud” framework that will allow authorities to monitor and predict the activity of dissidents and activists.

Meanwhile, in the west, the deplatforming of conservatives started with Big Tech companies banning users and led to banks freezing accounts and the TSA putting people on no fly lists for their political opinions.

A similar progression occurred in China, where the system began in the corporate sector and eventually expanded into the state directly metering out punishments to individuals.

The only difference it seems between the Chinese system and the west is that the Chinese government cannot rely on a legion of mob activists and self-proclaimed journalists to do the dirty work for them.

These hate groups have weaponized Twitter to facilitate the organized harassment, doxxing, deplatforming and all round life-ruining of conservatives and anyone who questions the mob’s narrative on a daily basis.

Communist Chinese dictators could only dream of having access to such an army of thought crime hall monitors and tattle tales.

Tucker Carlson Says People Who Wear Masks Outside Should be Mocked