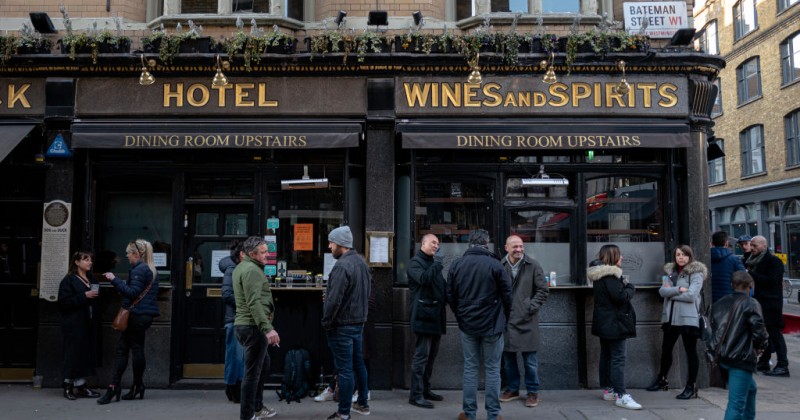 A university teacher has published a fascinating article in which he argues that the shut down of pubs in the United Kingdom is about silencing dissent.

The article by Sean Walsh, which was carried by LockdownSkeptics, questions why pubs are still semi-closed while other “non-essential retail” stores are allowed to fully open despite the fact that the entire hospitality industry was responsible for just 3 per cent of total COVID infections last year.

“It’s tempting to conclude that the SAGE types are not worried that pubs are possible vectors of transmission, but that they are concerned that hospitality venues are potential theatres of dissent,” writes Walsh.

He also notes that health bureaucrats seem to be intent on the British public remaining joyless as part of some demented puritanical drive to oversee the “crude sanitisation of our understanding of the human soul.”

Walsh accurately identifies the pub not just as a place of fun and frivolity, but an organizing forum where populist sentiment takes shape.

“It is in the pub that people can whisper conspiracy against a Government narrative. And conspiracies always require that the like-minded are allowed to gather. It is over a drink that the millionaire and the pauper can come together and compare notes,” he writes.

“(Boris) Johnson is currently offering us a sinister inversion of what a pub is, one in which you are tracked, traced, audited, judged, and humiliated. The “road map”, in this industry at least, is one that leads you not into “normal” but into a “Twin Peaks” version of it,” adds Walsh.

He concludes by arguing that if the government was trying to build a police state, one of the first things it would do is to “stamp on the enjoyment of the great unwashed and confiscate all mechanisms of dissent.”

“The Government’s war on pubs is ticking both those boxes,” writes Walsh.

One has to question whether government efforts to punish pubs while allowing throngs of crowds to gather outside retail outlets goes deeper than health considerations given the minimal contribution bars and restaurants had to the spread of the virus.

Could the war on pubs have also been a deliberate attempt to prevent people from coming together to pierce the monopoly control the media wielded over the entire lockdown narrative?

As we highlighted yesterday, many pub landlords are infuriated with the attack on their livelihoods, leading in one case to an owner kicking out Labour leader Keir Starmer after a heated confrontation about his party’s support for lockdown.