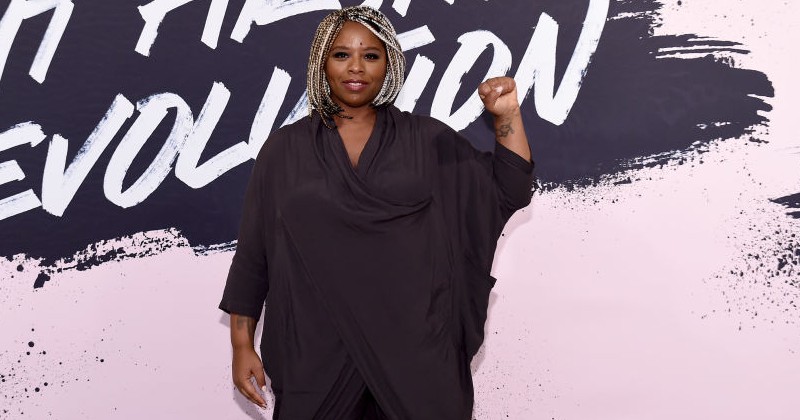 The head of Black Lives Matter NYC has called for an investigation after it was revealed that BLM’s co-founder has been spending millions of dollars buying property in predominantly white neighborhoods.

As we highlighted last week, Black Lives Matter co-founder Patrisse Khan-Cullors recently bought a $1.4 million dollar home in Topanga Canyon, Los Angeles, an area that has a black population of just 1.6 per cent.

That somewhat contradicts her message to others to “buy black.”

However, this was by no means Khan-Cullors’ only big real estate purchase.

She bought three other homes, including a “custom ranch” in Georgia surrounded by “3.2 rural acres” that features a “private airplane hangar with a studio apartment above it” in addition to an indoor swimming pool.

According to the New York Post, Khan-Cullors is also eyeing up property in the Bahamas on an exclusive resort where Justin Timberlake and Tiger Woods both own homes.

To his credit, Hawk Newsome, the head of Black Lives Matter (BLM) Greater New York City, is calling for an independent investigation into how the vast sums of money raked in by BLM front groups is being used.

“If you go around calling yourself a socialist, you have to ask how much of her own personal money is going to charitable causes,” Newsome told the Post. “It’s really sad because it makes people doubt the validity of the movement and overlook the fact that it’s the people that carry this movement.”

John Nolte sums up the “sweet racket” that the likes of Khan-Cullors have been running.

“Call yourself a Marxist, launch a cause, encourage your followers to destroy their own neighborhoods, take in billions from suckers and sucker-corporations, and then go buy yourself four homes, three in predominantly white neighborhoods.”

BLM: Accusations Against Co-Founder Part Of ‘Tradition of Terror By White Supremacists’