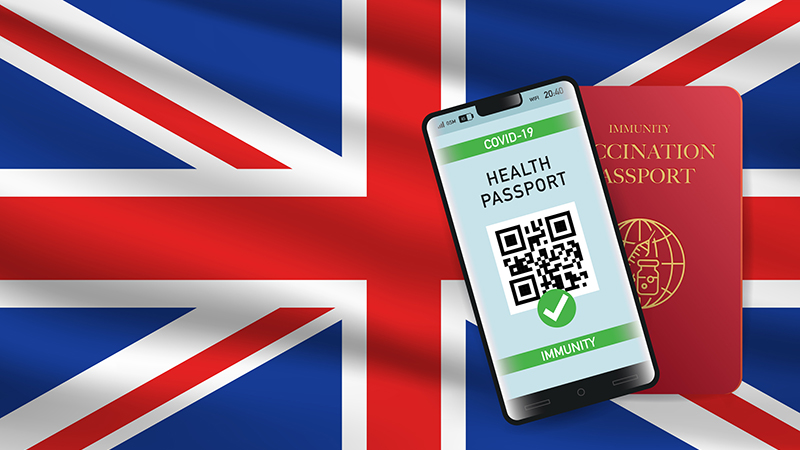 Despite consistently denying it, the UK government has planned for the rollout of vaccine passports all along, prompting charges that the “Covid passes are shrouded in government cover ups, lies and shady contracts.”

Privacy Watchdog Big Brother Watch points to an article in the London Guardian today that details how the vaccine passport system was in advanced stages back in December at the same time as ministers were telling the public there were no plans for them.

The Guardian notes that the document “details research into possible public attitudes to a Covid certificate, sometimes called a domestic Covid passport. This would use vaccination status, a recent negative Covid test or proof of coronavirus antibodies to allow people into potentially packed places when the country opens up.”

The report also included diagrams of an app-based Covid certificate with scannable QR codes, all connected to the NHS app.

As Summit News also reported in December last year, the British government contracted multiple firms to develop COIVD ‘freedom passports’, that would be used to segregate society between those who have been tested or vaccinated against COVID and those who have not.

Simultaneously, a Deprtment of Health source claimed “It is looking at whether it would be possible,” but urged “There are no plans to introduce immunity passports,”

The plan was always to develop an app based system to integrate a QR code linking to a digital passport, which will be used to gain entry into clubs, venues, cinemas, basically anywhere in public.

As far back as November, we reported on these plans, then in January it became clear that vaccine passports were being rolled out.

Throughout this sorry saga, government ministers have engaged in cognitive dissonance, at once admitting that vaccine passports are being introduced, but then suggesting that they are not actually vaccine passports.

Just over a month ago, it became apparent that the system would apply even to pubs and restaurants.

Then a fortnight ago, Prime Minister Boris Johnson suggested that pubs would be able to use the vaccine passes at their discretion, promoting a huge backlash among landlords and punters.

Johnson then walked back that suggestion last week, announcing that pubs and restaurants would be exempt. The strategy is clear, threaten the worst, then when a bone is offered it appears like a concession has been made, so the people will accept the overall system.

Now, the government has announced that the public will be “urged” to take TWO Covid tests EVERY WEEK in order to reengage in society.

Where does this end?

The answer is with digital face scans to enter pubs, gigs and sports events.

It is not too late to stop this nightmare future from unfolding.

UK Ministers are set to vote on the vaccine passport system, and could defeat it, killing off the system, at least in the short term.

Groups such as Big Brother Watch need support in their efforts to stave off a two tier society.