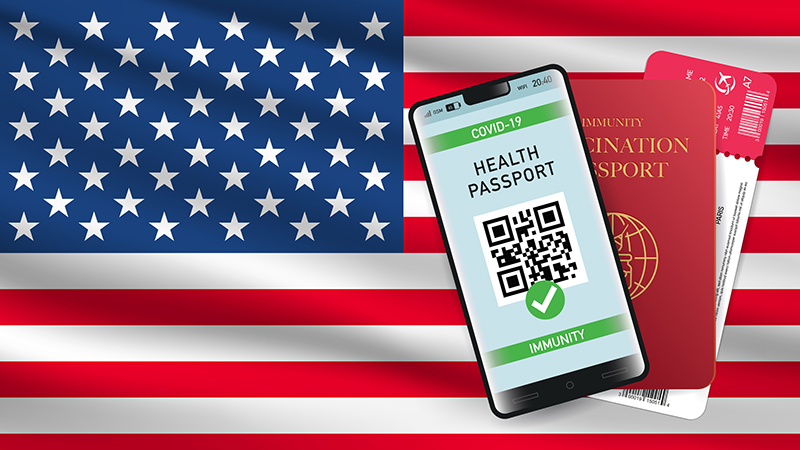 A Rasmussen poll has revealed that almost half of Americans support the introduction of vaccine passports in order to get “back to normal.”

The findings were released over the Easter period, and noted that 44% of Americans said that a government run system requiring proof of vaccination is a “good idea.”

Fewer, 41%, said they think vaccine passports are a bad idea.

While some described the 44% figure as “weak,” others pointed out it is still far too high:

The poll dovetails with similar findings in the UK, where a majority of 62% said they would support the mandating of vaccine passports to visit pubs or restaurants, while only 22% opposed the idea.

The findings in the U.S. come as it was confirmed that the Biden regime is working with major corporations to develop a country-wide vaccine passport, and after New York has begun the rollout of its own vaccine passport system.

In addition, the FBI is warning people against fake vaccine passports or COVID-19 vaccination cards.

As National File reported, the Biden administration is working with major corporations to develop a vaccine passport system that would require Americans to take one of the controversial vaccines and receive a vaccine passport to engage in commerce.

The passport system is also being pushed by the mainstream media, with the likes of the L.A. Times declaring that vaccine passports are a “good idea” because they will help the Biden administration “break the resistance down.”

Some lawmakers have vowed to resist the introduction of vaccine passports, including Florida Governor Ron DeSantis who has signed an executive order banning them in the state, and revealed that he is working with the Florida legislature to institute a permanent ban.

Georgia Representative Marjorie Taylor Greene has claimed that the Biden administration aims to force all Americans to have Covid-19 vaccine passports, comparing it to the “mark of the beast” prophesied in the Bible.

UK Government Has Planned For Vaccine Passports All Along