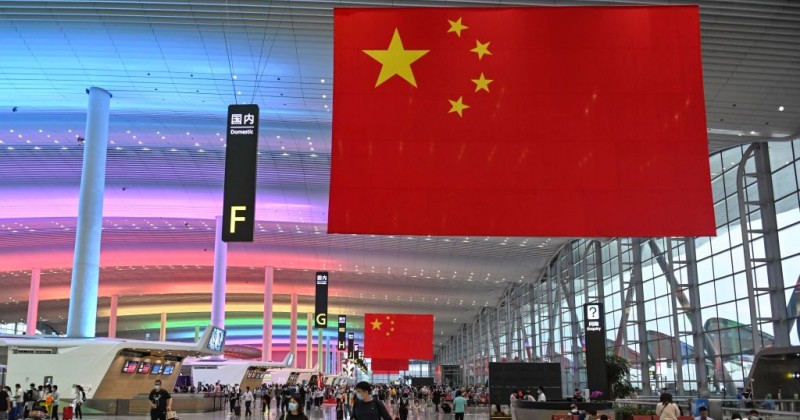 The chairman of data firm PANDA claims that China has asked the World Health Organization to appoint Beijing to oversee a global vaccine passport system, an ominous prospect given how China’s social credit score system operates.

During an interview at the inaugural BizNews Investment Conference, Nick Hudson explained why this was such a chilling development, saying he was worried about the fabric of society and the future of his children.

“China is petitioning the World Health Organization to appoint it to run a global immune passport program – now if that doesn’t scare the living daylights out of you I do not know what will,” said Hudson.

“This kind of centralization, this kind of control, social credit systems…we need to push back against this stuff because it’s coming,” he added.

Hudson noted how the UK government denied for months that they were preparing to roll out vaccine passports yet at the same time were bankrolling companies to create them.

China is petitioning The World Health Organisation to let China run a global immune passport program. If that doesn't scare the living daylights out of you I do not know what will.@FatEmperor @toadmeister @ClareCraigPath #VaccinePassport #vaccine #whyaretheydoingthis @LozzaFox pic.twitter.com/B1HS5Y2TpU

“They’re lying to the public about this,” said Hudson, tying the development of the vaccine passport to a new bill in the UK that would ban protests that cause “annoyance,” which is basically any protest.

“This stuff is disturbing…I do not want to see my children growing up in a world like that,” said Hudson.

The prospect of China being in control of a global vaccine passport system is obviously ominous given that the Communist state already has its own social credit score system that prevents dissidents from traveling.

As we highlighted last year, Beijing has already combined its COVID-19 tracking system with its social credit score program.

In August 2019, the Communist state bragged about how it had prevented 2.5 million “discredited entities” from purchasing plane tickets and 90,000 people from buying high speed train tickets in the month of July alone.

The social credit score is used to make life difficult for people who commit infractions, including some as minor as jaywalking, and at its worse makes life almost unlivable.

Combining the vaccine passport system with a global social credit score system therefore makes sense because those who are denied the passport would be forced to live in a de facto state of permanent lockdown.

The fact that the vaccine passport system is also likely to be linked to a facial recognition network represents another commonality with the Chinese social credit score system.

Author Naomi Wolf also warns that the vaccine passport is merely a veil for the social credit score system in the video below.

“I can’t say this any more clearly – the vaccine passport platform is the same platform as a social credit score system,” says Wolf.