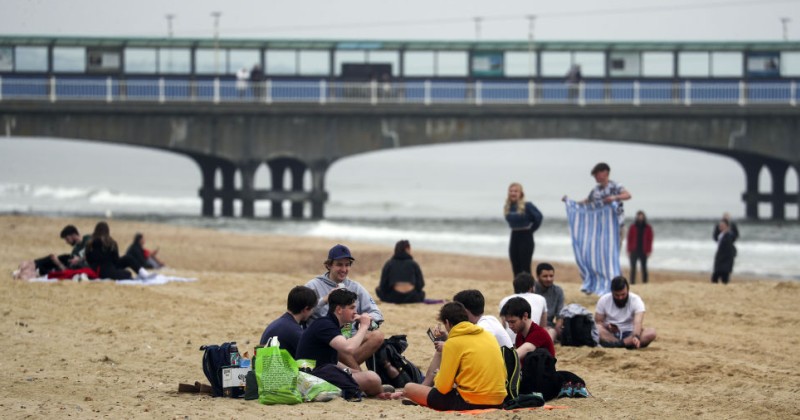 A police chief in the UK says his force doesn’t need to carry out COVID patrols because they are getting flooded with so many calls from the public reporting other people for visiting the beach.

Overnight stays in locations other than a person’s primary address are not permitted until April 12, but a recent mini-heat wave prompted crowds of beachgoers to enjoy some rare March sunshine, as well as others who made trips to visit second homes.

This didn’t go down well in Dorset, where locals took the opportunity to grass people up to the authorities for allegedly violating lockdown rules.

In fact, the snitches were so enthusiastic that according to James Vaughan, the chief constable of Dorset Police, they’re now basically acting as an auxiliary arm of the cops.

“We are still getting around 400 reports a week from the public, so we will respond to reports,” said Vaughan. “We won’t need to be doing hotspot patrols [around holiday parks] because people are very quick to pick the phone up and tell us.”

“So if people try and come down and stay in their second homes before April 12, then we are going to hear about it,” he added.

Vaughan acknowledged that it’s not even illegal for people to visit their second homes, but suggested police may investigate it anyway.

He then encouraged locals to keep reporting others, telling the Telegraph, “It is how policing works in Dorset. We rely on the public to give us information and intelligence.”

As we have repeatedly highlighted, the coronavirus pandemic has turned Brits into a nation of authoritarian snitches, with a new poll showing a clear majority of citizens want a ‘vaccine passport’ to be made mandatory to visit the pub, use public transport or get a haircut.

A majority of respondents to another poll even said that they would miss “some” or “many” aspects of the lockdown.

Government Campaign Will Tell Brits Not to Hug Each Other

Poll: Clear Majority of Brits Support ‘Vaccine Passports’ to Go to the Pub