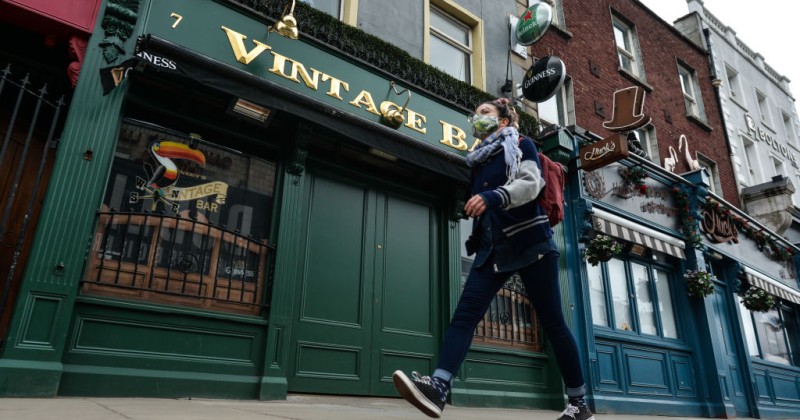 Yet another poll has shown that a clear majority of Brits support mandatory ‘vaccine passports’ in order to be able to go to the pub, use public transport or even have a haircut.

A poll undertaken by Ipsos Mori asked respondents, “To what extent would you support or oppose the introduction of a vaccine passport?”

62% said they would support it to visit pubs or restaurants, while only 22% opposed the idea.

Another clear majority, 56% to 24%, even say that you should need to present proof of vaccination before being allowed to get a haircut.

The survey results showed a substantial majority support for the scheme despite the fact that it has been opposed by innumerable pub landlords.

The results of the poll once again underscores how the population has been so terrorized by the media’s coverage of a virus that has a 99%+ survival rate, they are willing to give up virtually any freedom.

Over the past year, the citizenry has been so browbeaten into obsequious obedience that it’s likely they would support virtually anything if the state and the media told them it was necessary because of the pandemic.

As we previously highlighted, the government has already been funding companies to create a domestic passport that is linked to a facial recognition system, meaning it will eventually become a digital ID card.

The level of Stockholm Syndrome created by the restrictions means that a majority of Brits now say they will miss “some” or “many” aspects of the lockdown if and when it is fully lifted.

This all highlights how despite months of promises from the government that a domestic vaccine passport wouldn’t be introduced or that the vaccine itself wouldn’t be mandatory, it’s now becoming clear that those who don’t take it will remain under a permanent state of de facto lockdown.

Their lives will never return to normal.