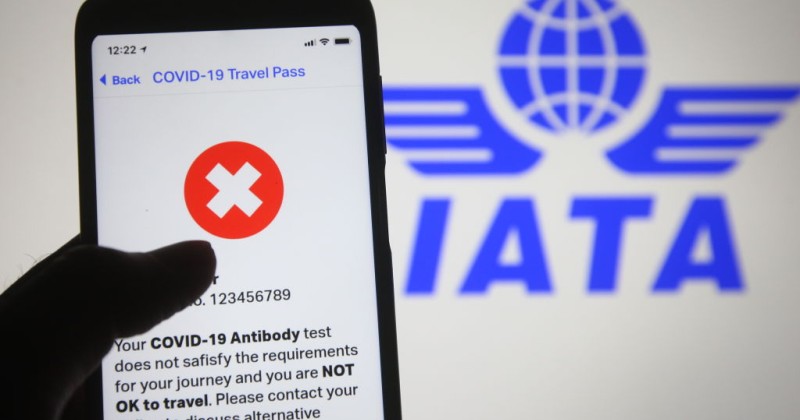 L.A. Times journalist Harry Litman says that vaccine passports are a “good idea” because they will help the Biden administration “break the resistance down.”

Litman is a a former U.S. Attorney and Deputy Assistant Attorney General, having been appointed by Bill Clinton and now writes as a legal affairs columnist.

“Vaccine passports are a good idea,” tweeted Litman. “Among other things, it will single out the still large contingent of people who refuse vaccines, who will be foreclosed from doing a lot of things their peers can do. That should help break the resistance down.”

Vaccine passports are a good idea. Among other things, it will single out the still large contingent of people who refuse vaccines, who will be foreclosed from doing a lot of things their peers can do. That should help break the resistance down.

The remark was in reaction to reports that the Biden administration has been working with tech companies and non-profits to create a vaccine passport that “will play a role in multiple aspects of life.”

As we previously highlighted, the vaccine passport will likely be rolled into a digital ID card linked to facial recognition technology, greasing the skids for the introduction of an onerous Communist Chinese-style social credit score system.

With as many as one in four Americans likely to refuse to take the COVID-19 vaccine, the White House will seek to make ordinary life almost impossible for those who resist taking the shot, leaving millions of Americans under a de facto state of permanent lockdown.

New York Governor Andrew Cuomo has already unveiled the “Excelsior Pass,” which will mandate New Yorkers “prove their vaccination status, or recent history of a negative COVID-19 test, in order to gain entry to events and businesses.”

Litman’s comment sounds like something an evil character in a dystopian thriller about a high-tech dictatorship would say.

And that’s precisely the point.

Video: Board of Trustees Member Has Bizarre Anger Episode While Demanding CDC Mask Mandate Be Maintained