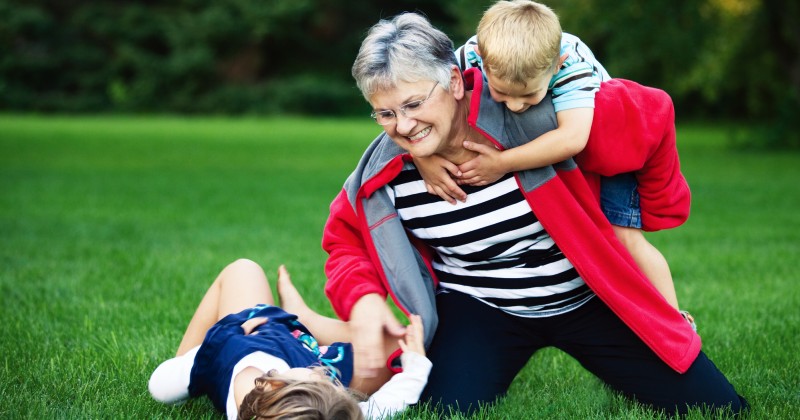 A government minister appeared on morning television to urge Brits to “call out” others if they were seen engaging “in an odd way,” such as hugging their loved ones.

Nigel Huddleston, the UK’s minister for tourism and sport, made the remarks during an interview spot on BBC Breakfast.

“Despite the temptation, please don’t risk the health of your loved ones by actually hugging them,” said Huddleston, before going on to suggest that people should intervene if they witness such dreadful behavior.

Sports Minister, Nigel Huddleston MP says on #BBCBreakfast we should resist temptation to hug our loved ones ⤵️https://t.co/ISAN2H8U3m pic.twitter.com/g2GL3V59vX

“We all know the rules…if you see somebody behaving in a slightly odd way, then maybe call them out on it in a respectful way, because sometimes some people just forget,” he added.

Huddleston said it was “a little bit awkward” to refuse close physical contact but “in these circumstances it’s the right thing to do.”

Twitter users reacted to the minister’s comments with a mixture of disbelief and scorn.

“Hugging someone is odd? Christ we’ve been taken over by the Borg. Can imagine the lunatics taking photos of busy play areas now walking round with megaphones ‘calling people out’ Smiling face with open mouth and tightly-closed eyes,” said one.

“Odd behaviour as defined by year – 2019: Someone looking shady, potentially holding or carrying a suspicious package, with likely terror related intentions 2021: someone who hugs a close friend/relative,” said another.

Others were defiant in saying they would hug their loves ones, with one remarking, “I’m seeing my kids next weekend for the first time since the end of December! Wild horses wouldn’t stop me hugging them!”

The minister made the remarks on the day that lockdown in England took a further step towards easing, with people being allowed to meet outside in groups of up to six people.

However, as we previously highlighted, other public health officials have asserted that social distancing and mask wearing will continue for years no matter when the pandemic is declared to be over. 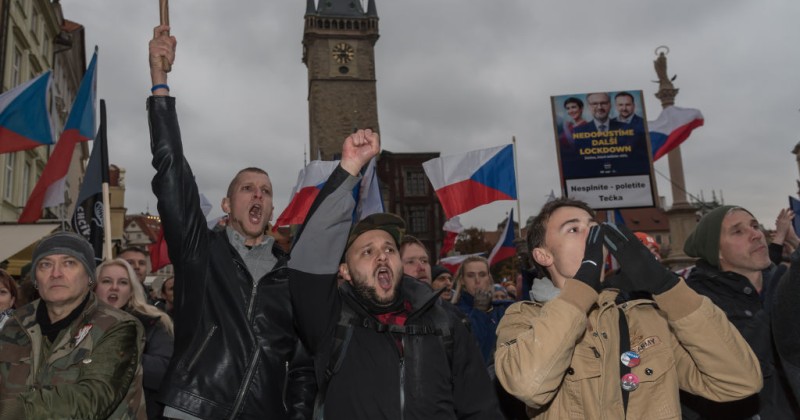 The new government in the Czech Republic has abandoned plans to mandate COVID-19 vaccines, arguing that such a policy would “deepen fissures in society.”

Under the former government, adults aged 60-plus, health care workers, firefighters, police officers and medical students would all have been subject to the mandate from March.

However, new Prime Minister Petr Fiala ditched the former administration’s decree, telling reporters that the government saw no need to make jabs compulsory and that it would only serve to create more division.

“We’ve agreed that vaccination against COVID-19 won’t be mandatory,” Fiala said. “This does not change our stance on vaccination. It is still undoubtedly the best way to fight COVID-19 … however, we do not want to deepen fissures in society.”

Only 62.9 percent of Czechs are considered “fully vaccinated,” which is below the European average.

While Czechs can breathe a sigh of relief, people in neighboring Austria still face the prospect of having to get vaccinated or face massive punitive fines of 3,600 euros ($4,000 dollars).

As we previously highlighted, the Austrian government is hiring people to “hunt down vaccine refusers” in advance of a mandatory vaccination law which takes effect from February.

The unvaccinated in Austria could also be imprisoned for a year under an administrative law that would force them to pay for their own internment.

Czech Republic abandoning compulsory jabs is part of a broader move across the continent of restrictions finally being lifted as Omicron proves to be mild and cause fewer hospitalisations.

Some experts have even suggested that the new variant could act as nature’s vaccine, providing high levels of immunity that may finally bring the pandemic to an end.

The Grift Is Over

The end is nigh.

It’s the beginning of the end.

The lockdown narrative is crumbling.

We were right, and they were on the wrong side of history.