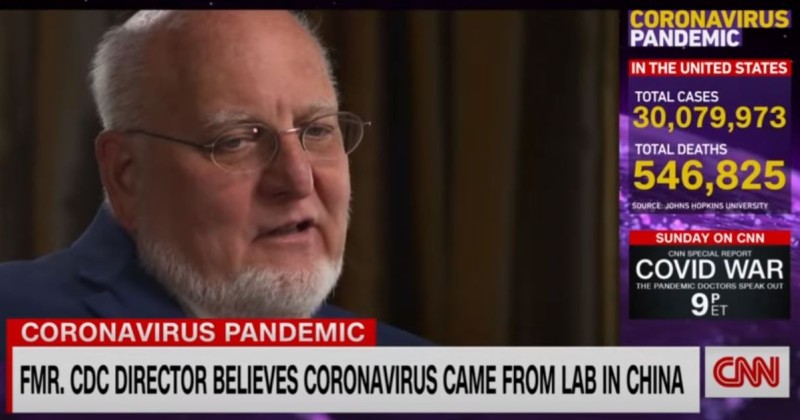 Former CDC director Robert Redfield told CNN that he believes the coronavirus may have escaped from the Wuhan Institute of Virology as far back as September 2019.

“I’m of the point of view that I still think the most likely etiology of this pathogen in Wuhan was from a laboratory… escaped. Other people don’t believe that, that’s fine. Science will eventually figure it out,” he said.

“It’s not unusual for respiratory pathogens that are being worked on in laboratories to infect the laboratory worker.”

“That’s not implying any intentionality. It’s my opinion, right? But I am a virologist. I have spent my life in virology.”

Redfield, a lifelong virologist himself, pointed out that normally when a pathogen goes from animal to human it “takes a while for it to figure out how to become more and more efficient.”

This is why he thinks the virus was being exposed to human lab cultures inside the virology institute before it was accidentally released.

Dr Anthony Fauci responded to Redfield’s comments by asserting that there were “a number of theories” as to the origin of the virus.

As we highlighted last month, after spending months trying to negotiate the visit, WHO officials largely absolved China of blame for the COVID-19 pandemic after visiting a virus lab in Wuhan for just 3 hours.

A prominent German scientist with the University of Hamburg released findings in February of a year long study that concludes the most likely cause of the coronavirus pandemic was a leak from the Wuhan Institute of Virology.