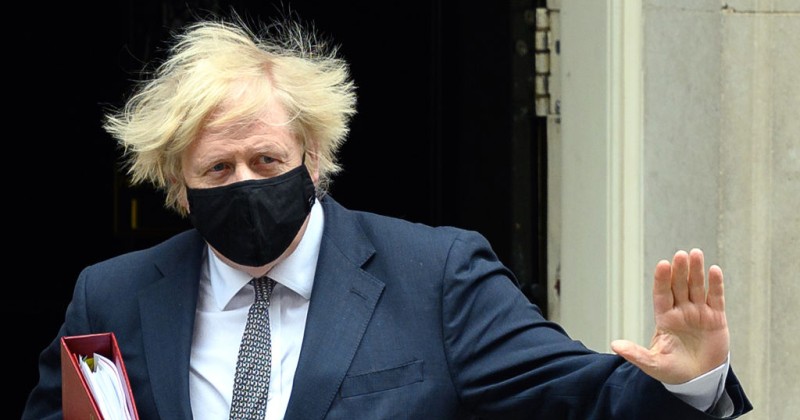 Despite repeatedly assuring the public that domestic vaccine passports to enter pubs would be discouraged, Prime Minister Boris Johnson today signaled that landlords could mandate them when pubs begin to open next month.

While speaking to MPs on the Commons’ liaison committee, Johnson indicated that the government wouldn’t stand in the way of pub owners demanding customers show proof they’ve taken the COVID-19 jab before entering the premises.

Asked if such a certificate would be required, Johnson responded, “I think that that’s the kind of thing – it may be up to individual publicans, it may be up to the landlord.”

“I do think that the basic concept of vaccine certification should not be totally alien to us,” he added.

Could vaccine certification also be needed for going to the pub?

"It may be up to the landlord," says the PMhttps://t.co/x3tK4iLZCd pic.twitter.com/OAFbmDkUL7

Outdoor areas and beer gardens are set to re-open on April 17th, with indoor spaces to follow on May 17th.

Johnson’s attitude to the issue represents a change from previous government rhetoric, which assured the public that there would be no domestic vaccine passport.

Back in December, vaccines minister Nadhim Zahawi declared that any form of vaccine passport would be ‘discriminatory’.

Although many pub owners won’t insist on proof of having had the vaccine, polls in the UK routinely show high support for lockdown measures and restrictions.

Creating such a system, where people have to show digital proof of vaccination to engage in normal everyday activities, would also virtually guarantee they’ll be introduced at other venues.

Greg Mulholland, chairman of the British Pub Confederation, blasted the move, telling the Sun, “Pubs can’t open with any sort of normality until June. So on top of having to take on extra staff to serve people at tables, the idea pubs can take n staff to act as door staff for vaccine passports is absurd.”

As we highlighted on Monday, a top public health official said that masks and social distancing will continue to be in place for years despite the fact that the vast majority of the British public will have had the vaccine by the end of July.

UK Medical Official Says Lockdown Has “Improved Life” For Some