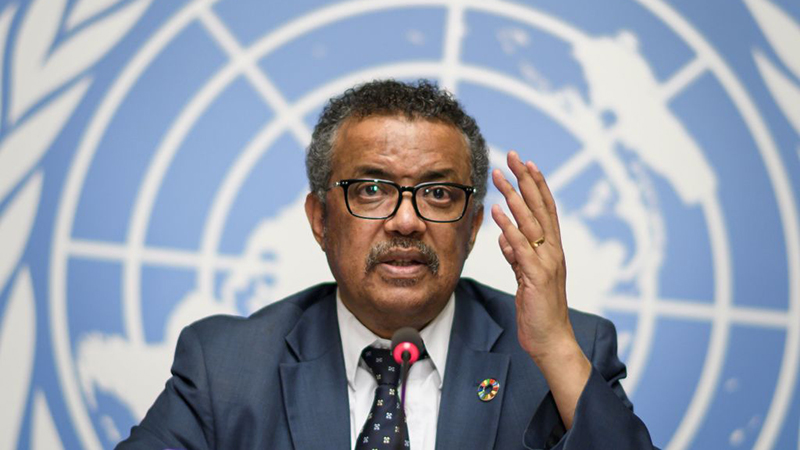 The head of the World Health Organisation has labeled it “grotesque” that countries such as the UK and the US are putting their own populations first when it comes to offering vaccines.

In a video address, Dr Tedros Adhanom Ghebreyesus warned that the planet faces a “catastrophic moral failure” because wealthier countries are focusing on their own people, rather than those in poorer countries.

We have the means to achieve #VaccinEquity, but the gap between the number of vaccines administered in rich countries versus #COVAX is growing every single day and becoming more grotesque. We appeal to countries to share #COVID19 vaccines out of self-interest, if nothing else! pic.twitter.com/TwSPqAmpLx

Tedros called it “shocking” that nations have signed contracts with vaccine manufacturers for their own people, with the UK leading the way, having vaccinated half its population in a matter of months.

The US has said that it will focus on vaccinating its own population, then look to help other countries afterwards.

“We have the means to avert this failure but it’s shocking how little has been done to avert it,” complained the WHO chief.

“Countries that are now vaccinating younger, healthy people at low risk of disease are doing so at the cost of the lives of health workers, older people and other at-risk groups in other countries,” Tedros stated, adding “The world’s poorest countries wonder whether rich countries really mean what they say when they talk about solidarity.”

He continued that the situation is not just “a moral outrage” but also “economically and epidemiologically self-defeating”.

“As long as the virus continues to circulate everywhere — anywhere — people will continue to die,” he said, warning “Trade and travel will continue to be disrupted and the economic recovery will be further delayed.”

“If countries won’t share vaccines for the right reasons, we appeal to do them to do it out of self-interest,” Tedros emphasised, promising that things will not return to normal anywhere as long as the virus remains a risk in poor countries.

Tedros previously suggested that coronavirus restrictions will continue even after a vaccine has been made widely available.

He went on to add that quarantines, surveillance, contact tracing and other measures would all be continued even after vaccine uptake becomes widespread.

The WHO head’s latest comments somewhat echo those of the head of immunisation at Public Health England, who has warned that restrictions such as distancing and face masks will remain in place in the UK until other countries complete their vaccination programs, a process likely to take years.

As we have exhaustively highlighted, numerous other prominent individuals have asserted that rolling lockdowns, mask wearing, social distancing and other restrictions are here to stay after the pandemic is over.

In his book Covid-19: The Great Reset, World Economic Forum globalist Klaus Schwab asserts that the world will “never” return to normal, despite him admitting that coronavirus “doesn’t pose a new existential threat.”

Commenting on the issue, Joseph Massey said Ghebreyesus’ statement re-affirmed the fact that COVID lockdowns are more about “social engineering” than ending a pandemic.

“I’m not a conspiracy theorist, nor am I a COVID denier, but people like this make it difficult not to believe that lockdowns are more about social engineering than they are about stopping the virus,” he tweeted. “A vaccine is not a “complement” to being isolated and muzzled like an animal.”

Having allowed the precedent that the government can put the entire population under de facto house arrest on a whim, look for the policy to be repeated over and over again with different justifications that have nothing to do with COVID-19.

As we highlighted earlier this month, one of those justifications will be man-made global warming, with climate lockdowns set to become a regular reality.

UK Medical Official Says Lockdown Has “Improved Life” For Some