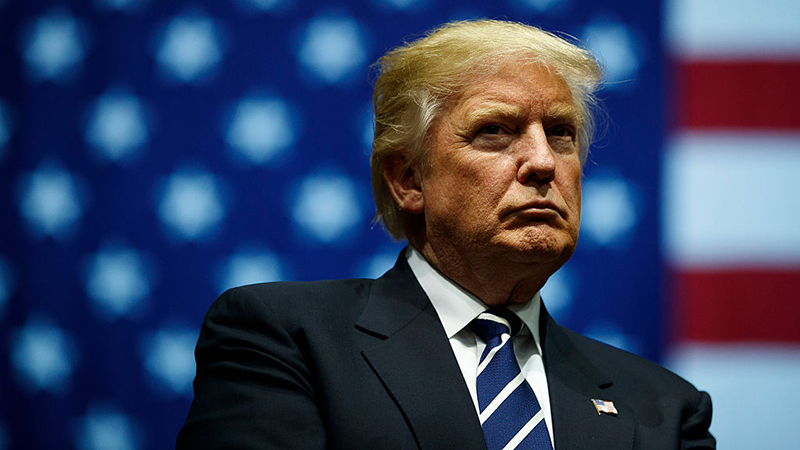 President Trump issued a statement Sunday slamming the Biden administration and particularly the Department of Homeland Security for allowing the situation at the border to spiral out of control while simultaneously instituting a cover up by denying press access.

As we reported last week, the immigration crisis on the border is  worsening every day, and reporters have demanded to know why they have not been given any access to facilities housing migrants, and why border officials have effectively been placed under a gag order, as reported by NBC News.

Trump declared Sunday “We proudly handed the Biden Administration the most secure border in history. All they had to do was keep this smooth-running system on autopilot.”

“Instead, in the span of a just few weeks, the Biden Administration has turned a national triumph into a national disaster. They are in way over their heads and taking on water fast,” Trump’s statement continues.

“His self-satisfied presentation—in the middle of the massive crisis he helped engineer—is yet more proof he is incapable of leading DHS,” Trump urged.

“Even someone of Mayorkas’ limited abilities should understand that if you provide Catch-and-Release to the world’s illegal aliens then the whole world will come,” Trump further emphasised.

Mayorkas appeared on practically every news channel Sunday attempting to gloss over the massive humanitarian crisis that has emerged in under one month at the border, and to deny there is any ‘gag order’.

The DHS head was repeatedly called out by news anchors who usually only throw softball questions without challenging the responses:

In his statement, Trump also addressed the silencing of the border agents and the press, noting “Mayorkas Gag Order on our Nation’s heroic border agents and ICE officers should be the subject of an immediate congressional investigation. But it’s clear they are engaged in a huge cover-up to hide just how bad things truly are.”

Trump further proclaimed that “The only way to end the Biden Border Crisis is for them to admit their total failure and adopt the profoundly effective, proven Trump policies.”

He concluded “They must immediately complete the wall, which can be done in a matter of weeks—they should never have stopped it. They are causing death and human tragedy. In addition to the obvious, drugs are pouring into our country at record levels from the Southern Border, not to mention human and sex trafficking.”

“This Administration’s reckless policies are enabling and encouraging crimes against humanity. Our Country is being destroyed!” Trump urged.

Photos Of ‘Kids In Cages’ Leaked From Inside Migrant Facilities

Video: Only 1000 People Tune In To Biden Vaccine Speech As ‘President Harris’ Lurks In Background