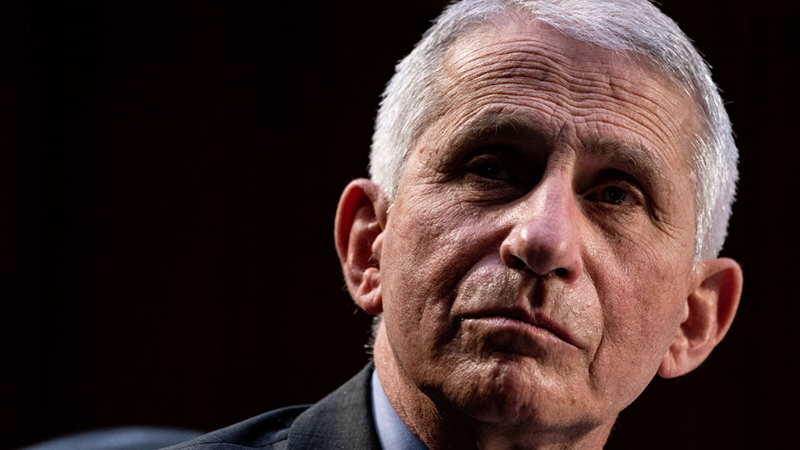 Dr Anthony Fauci has claimed that in order for herd immunity against coronavirus to be reached in the US, children and even babies will have to be vaccinated.

Speaking during a Senate hearing, the chief medical adviser to the Biden administration said “I think we should be careful about wedding ourselves to this concept of herd immunity because we really do not know precisely, for this particular virus, what that is.”

“We don’t really know what that magical point of herd immunity is, but we do know that if we get the overwhelming population vaccinated, we’re going to be in good shape. We ultimately would like to get and have to get children into that mix,” Fauci added.

“We’re going to be looking at multiple aspects of safety,” Fauci told reporters, adding “There is really no biological reason at all to indicate or even predict that you would even see any modification of a genetic profile when you’re dealing with mRNA, which has no way of integrating into the genome of a cell.”

Vaccine manufacturers Pfizer-BioNTech and Moderna are both currently running tests of their mRNA vaccines in children.

Moderna has also revealed that it has a study underway in children under 12 that will eventually include those as young as six month old babies.

CDC figures show that of almost 400,000 US deaths counted as from COVID-19, just 93 were children 4-years-old and younger. 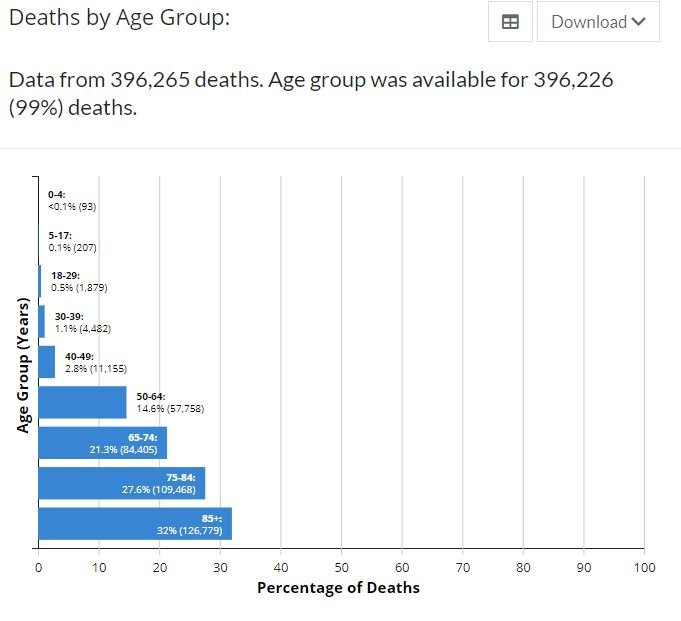 The figure equates to less than 0.1% of the population, yet Fauci is suggesting that 23.6 million children aged 0-5-years-old need to take the vaccine, arguing that if they do not, herd immunity may not be reached.

Elsewhere during the Senate hearing Thursday, Rand Paul, also a doctor,  clashed with Fauci, arguing that forcing people to wear masks after they have had the virus or the vaccine is compromising immunity.

“There have been no scientific studies arguing, or proving, that infection with COVID does not create immunity,” Paul stated.

He’s even had the virus and recovered, but natural immunity isn’t a thing anymore 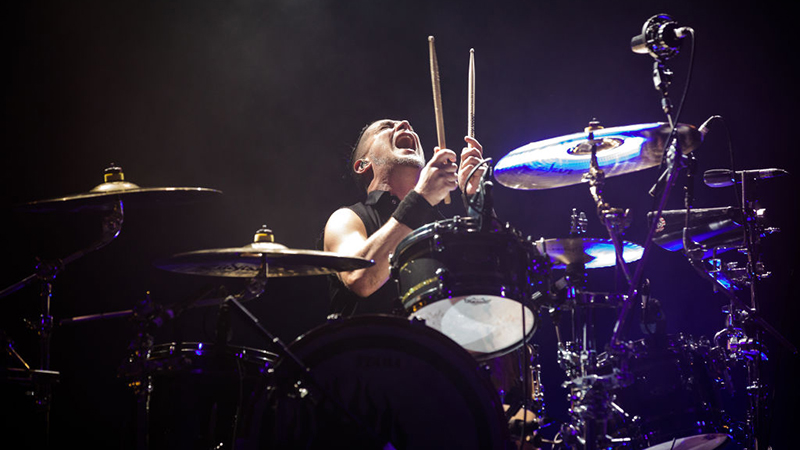 Drummer Pete Parada, who has been in the band The Offspring for over fourteen years has been unceremoniously fired because he refuses to take COVID vaccines.

Parada released a detailed statement explaining that for pre-existing medical reasons he refuses to take the vaccine, yet this has led to him being deemed “unsafe” to be around in recording studios or on the road.

In a Twitter thread, Parada stated “Given my personal medical history and the side-effect profile of these jabs, my doctor has advised me not to get a shot at this time.”

Parada also stated that he has recovered from the virus itself, yet this seemingly wasn’t taken into consideration before he was fired from the band.

Parada wrote that “I caught the virus over a year ago, it was mild for me – so I am confident I’d be able to handle it again, but I’m not so certain I’d survive another post-vaccination round of Guillain-Barré Syndrome, which dates back to my childhood and has evolved to be progressively worse over my lifetime. Unfortunately for me, (and my family – who is hoping to keep me around a bit longer) the risks far outweigh the benefits.”

Parada described being vaccinated as “increasingly becoming an industry mandate,” and explained that The band is “doing what they believe is best for them, while I am doing the same.”

The drummer also made his feelings clear on the clear move we are seeing toward vaccine coercion and ostracisation from society for those who do not or cannot comply.

“While my reason for not getting this jab is medical, I want to make sure I’m not carving out a space that is only big enough for me. I need to state, unequivocally, that I support informed consent – which necessitates choice unburdened by coercion,” Parada wrote.

“I do not find it ethical or wise to allow those with the most power (government, corporations, organizations, employers) to dictate medical procedures to those with the least power,” Parada continued.

He eloquently explained “There are countless folks (like me) for whom these shots carry a greater risk than the virus. Most of us don’t publicly share a private decision we made in careful consideration with our doctors. We know it’s not an easy conversation to unfold.”

Further noting that “half the population is having a shockingly different reaction to these jabs than was expected,” Parada added “I hope we can learn to make room for all the perspectives and fears that are happening currently. Let’s avoid the unfortunate tendency to dominate, dehumanize and shout down at each other. The hesitant population is not a monolithic group. All voices deserve to be heard.”

Parada’s case comes amid a period of massive uncertainty in the music industry concerning what will happen going forward with live events.

While some established artists have refused to play shows that are using so called vaccine passports, others such as the Foo Fighters have fully embraced the scheme, leading to backlash. 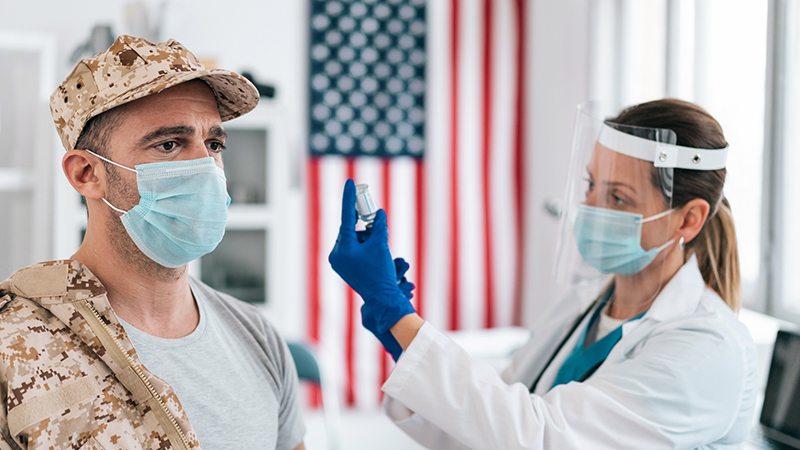 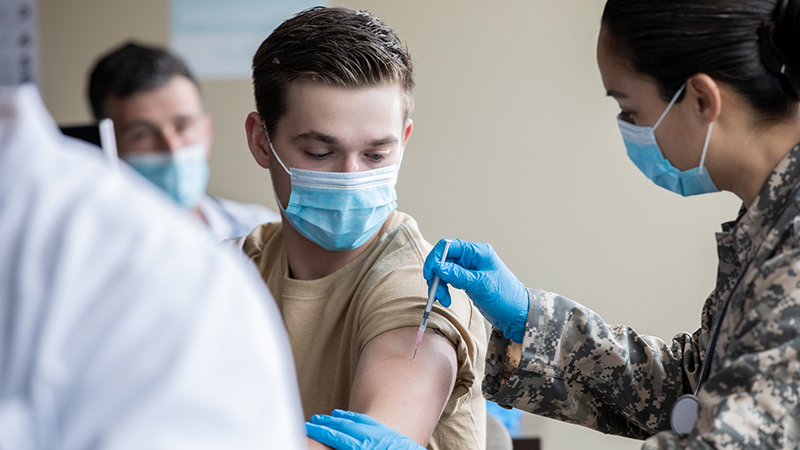