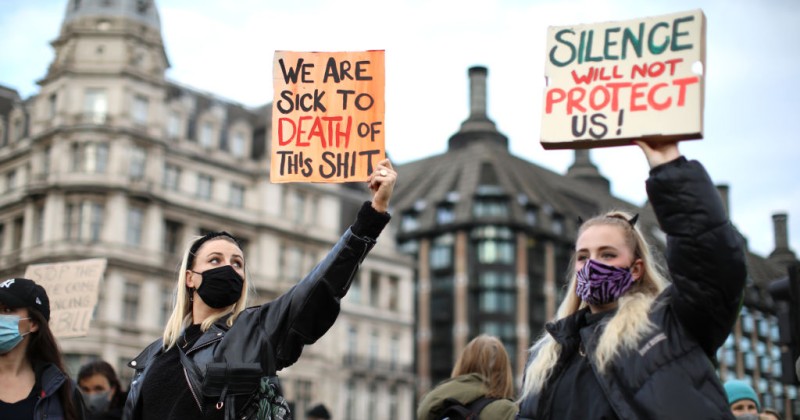 A plan for undercover police officers to patrol bars and clubs in the UK to identify potential “predatory and suspicious offenders” has been blasted as the “pub Stasi”.

Dubbed ‘Project Vigilant’, the plan will see plain clothes officers “attending areas around clubs and bars undercover,” according to the London Evening Standard.

The program is in response to the abduction and murder of 33-year-old Sarah Everard, who went missing in Clapham, London earlier this month. Metropolitan Police officer Wayne Couzens has been charged with her murder.

Respondents on Twitter blasted Project Vigilant as a hastily put together knee-jerk reaction announced to satiate protesters who have gathered in central London since the weekend, with some comparing it to the notorious East German Stasi.

This is an abhorrent idea that I refuse to believe any (socialised) woman had any input to. I would feel so deeply uncomfortable in a bar full of secret police, I expect men would too.

“Plain-clothes police will patrol bars and clubs to protect women”https://t.co/0tJLzMlbof

How many more liberties will we surrender before people wake up and realise: we are becoming an authoritarian, Stasi state that no longer resembles Britain https://t.co/cGApNQLZVP

Nightclub Stasi, what an appalling idea.

Undercover police officers in bars and clubs would appear to be a very bad idea, quite Stasi-like.
Well-trained door staff and bar staff, good licensing justices and a strong landlord/lady are much better ideas.

The idea of placing under cover police officers in pubs and bars is a mad, knee-jerk, ridiculous reaction. It’s reminiscent of the Stasi in East Germany or KGB in Soviet Russia. It’s also a crazy & utterly inefficient use of police resources. They’ll not be welcome in my local!

The government has also vowed to increase CCTV surveillance coverage of streets in response to the murder.

Meanwhile, there has been virtually zero campaigning on behalf of feminists to decriminalize self-defense.

Under current UK law, it is illegal for anyone to carry pepper spray, with penalties similar to those charged with carrying a firearm.

If left-wing activists really wanted to protect women, they’d lobby for laws that allow women to protect themselves.

Instead, Everard’s murder is yet another example of a tragic incident being turned into a moral panic and then exploited for all manner of selfish agendas, including new hate crime laws that target free speech in the name of preventing “misogyny.”