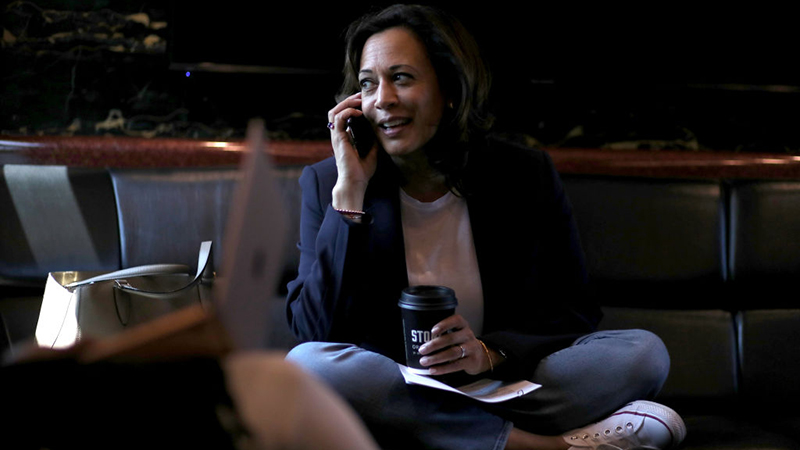 As half the country expressed concerns over the mental fitness of Joe Biden, it has emerged that Vice President Kamala Harris has yet again taken on duties that the President should be fulfilling, after speaking to another foreign leader this week.

Reports detail how Harris spoke with the prime minister of Norway, Erna Solberg, while Biden wandered aimlessly around a hardware store barely registering where he was.

“The Vice President thanked the Prime Minister for Norway’s close security partnership with the United States and generous contributions to development and health security efforts around the world,” a White House statement notes.

Harris also tweeted about the call:

This follows Harris speaking to Prime Minister Benjamin Netanyahu of Israel last week, while Biden was on a call with NASA.

Is this normal? The President isn’t speaking to any foreign leaders, but the VP is.

The short answer is no, it isn’t normal.

“A review of press notices from Pence’s final year in office reveals no readouts of direct calls with the leaders of foreign nations,” the Post added.

Poll: 50% Of Americans Have Questions About Biden’s Mental Health 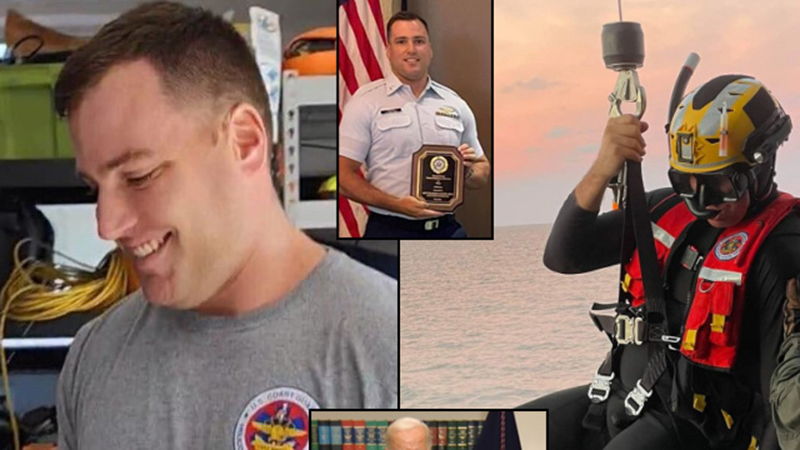 The White House publicized the call in a press release and Biden himself bragged about calling him.

“I told him how proud of him I was and thanked him for all the work he and his Coasties are doing to save lives,” Biden said of his call to Aviation Survival Technician Second Class Zach Loesch.

The White House press release said he thanked Loesch and Lieutenant Commander Christopher Hooper “for the heroic work that they and their Coast Guard colleagues have performed during search and rescue operations in response to Hurricane Ian.”

“The President thanked them for saving lives and asked for a report on the work that continues to rescue Floridians. He also asked if they needed any additional support that he can provide to accelerate successful rescues; they indicated they have gotten what they need to execute their vital mission,” it said.

Despite Biden thanking Loesch for saving people’s lives, Loesch is due to be kicked out from the Coast Guard in 30-60 days due to Biden’s own mandate that all members of the United States Armed Forces be fully vaccinated, Loesch told Breitbart News on Saturday.

Loesch had submitted a request for religious accommodation, as well as an appeal, but both were denied, according to Loesch.

“If I had asked any of the people I saved yesterday if they wanted to come with me even though I am unvaccinated, every single one of them would have said ‘yes,'” he said.

Loesch personally pulled out a disabled woman and her husband who were trapped in their back bedroom with a couch jammed in the doorway. He kicked through a wall in order to free them.

Once they were freed, he went back to retrieve her wheelchair, securing it to his own body as he was hoisted up by a Coast Guard helicopter. Loesch also rescued several dogs and cats.

Loesch said he did not want to bring up his pending discharge to Biden — who is essentially his commander-in-chief — and ruin the call.

“It just sucks that he thanked me yet the vaccine mandate is what’s kicking me out,” he said. “I just love my job and I’m really good at it. It sucks. I feel like this is the job that I was born to do.”

What was that term Putin used to describe our government the other day? 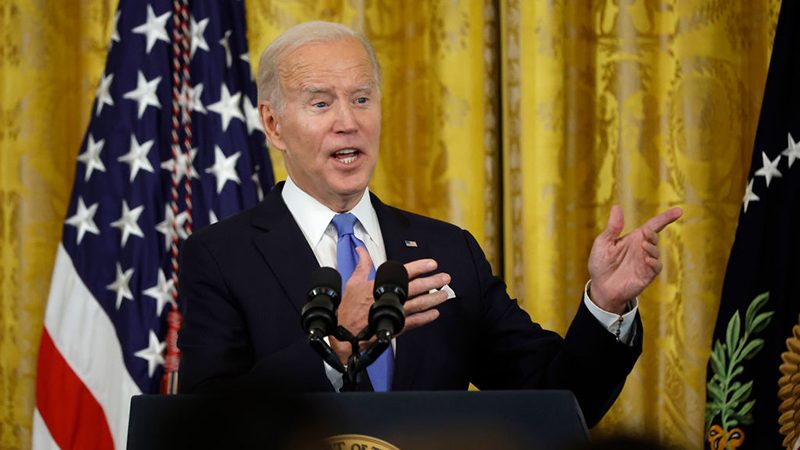 The Biden administration awarded millions of federal dollars to members of four private groups that worked with the departments of Homeland Security (DHS) and State during the 2020 election to censor social media posts they deemed ‘misinformation’ – according to an in-depth analysis of documents obtained by Just the News.

Unsurprisingly, the head of Stanford’s Internet Observatory is a Clinton donor who previously served as Facebook’s Head of Security – while the University of Washington’s Center for an Informed Public is largely funded by the Knight Foundation, whose board exclusively contributes to Demorat or Neocon entities (a few examples here, here, here, here, here, here, hereand here).

In its own after-action report on the 2020 election, the consortium boasted it flagged more than 4,800 URLs — shared nearly 22 million times on Twitter alone — for social media platforms. Their staff worked 12-20 hour shifts from September through mid-November 2020, with “monitoring intensif[ying] significantly” the week before and after Election Day.

The tickets sought removal, throttling and labeling of content that raised questions about mail-in ballot integrity, Arizona’s “Sharpiegate,” and other election integrity issues of concern to conservatives.

The consortium achieved a success rate in 2020 that would be enviable for baseball batters: Platforms took action on 35% of flagged URLs, with 21% labeled, 13% removed and 1% soft-blocked, meaning users had to reject a warning to see them. The partnership couldn’t determine how many were downranked. -Just the News

The operation falls under a legal gray-area, in that the First Amendment prohibits Congress from passing laws that abridge free speech – while courts have ruled that this extends to federal agencies funded by the legislative branch.

“The government knows that they cannot do it by themselves because of the First Amendment of the Constitution,which prohibits it,” said Rep. Andrew Clyde (R-GA), a a member of the House Homeland Security Committee, in a statement to JTN. “And then they decide to partner with another entity, a private entity. a social media platform or university. “

And according to the report, participants in the censorship consortium were acutely aware that their effort strayed into uncharted legal territory.

Former State Department official Mike Benz told Just the News that the censorship consortium was the largest federally-funded censorship operation he had ever seen – and a precursor to the Disinformation Governance Board, which was scrapped after public outcry over the highly-partisan and Orwellian nature of the organization. Benz runs the nonprofit, Foundation for Freedom Online, which advocates for free speech globally while monitoring US censorship.

“If you trace the chronology, you find that there was actually 18 months’ worth of institutional work to create this very apparatus that we now know played a significant role in the censorship of millions of posts for the 2020 election and has ambitious sights for 2022 and 2024,” he told Just the News. “Amazingly, there are now so many Ministry of Truth functionaries within the Department of Homeland Security.”

Rep. Clyde, meanwhile, says he expects Republicans to investigate the consortium next year if they regain control of Congress – and that he’s drafting a piece of legislation called the ‘Free Speech Defense Act’ to address censorship issues.

“This bill would prevent the federal government from labeling anything through a proxy entity, like a social media company, as disinformation, labeling it as misinformation or labeling it as true,” he told JTN. “And then it would also give an opportunity for those people who have been injured by it to take legal action.”

The partnership’s members published the 292-page public report in March 2021, though the most recent version is dated June 15, 2021. The launch webinar featured former CISA Director Christopher Krebs, “who led the effort to secure electoral infrastructure and the response to mis- and disinformation during the election period.”

During the launch webinar, the Atlantic Council’s Emerson Brooking said they wanted to stop the “amplification and legitimation” of “far-right influencers [who] would be doing all they could to try to catch the eye of a Fox News producer,” making it likely that President Trump, “the social media death star,” would see their content.

Government entities were involved in real-time chats with the partnership and social media platforms over specific content under review.

A chat screenshot in the report shows an unidentified government partner rejecting the Sharpiegate claim that “sharpies aren’t read at all” by ballot-counting machines, and a platform provider responding that it was now reviewing those claims. -JTN

“I think we were pretty effective in getting [platforms] to act on things they haven’t acted on before,” said SIO founder Stamos.

Meanwhile, the censorship partners all received federal grants from the Biden administration over the next two years.

Octant Data (aka Graphika), received nearly $3 million from the Department of Defense right after the 2020 election for unspecified “research on cross-platform detection to counter malign influence” – with almost 2 million more awarded in fall 2021 for “research on co-citation network mapping” to track sources that are cited together.

The Atlantic Council, which hosted then-VP Biden in 2011 for a keynote address, has received $4.7 million in grants since 2021.

It’s not as bad as repeatedly asking where a dead person is, but it’s still pretty bad. 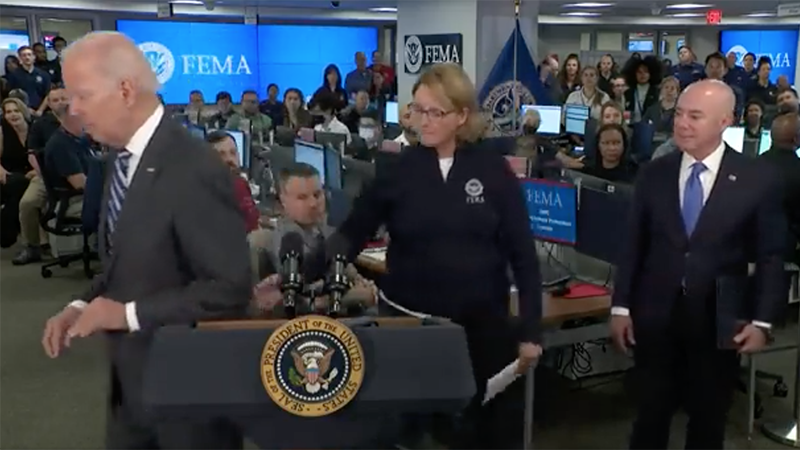 It’s another day, so Joe Biden got lost on another stage and forgot the name of the person he was talking to just moments earlier.

Biden was speaking at the FEMA headquarters with FEMA Administrator Deanne Criswell and DHS head Alejandro Mayorkas regarding the response to Hurricane Ian which hit Florida with force earlier this week.

Biden attempted to praise Criswell for her efforts, labelling her the “MVP,” and saying that “these days” he has spent a lot of time with her.

Not enough time to recall her name though, as he struggled to remember and came out with “uhh, uh, Griswell,” apparently completely forgetting her first name and butchering her last name.

Biden then wandered off his podium into a crowd of random office workers, who immediately started applauding him, while Criswell attempted to redirect him.

Watch as Mayorkas throws a ‘WTF?’ glance at Biden’s handlers:

It’s not as bad as repeatedly asking where a dead person is, as he did on Wednesday, but it’s still pretty bad.