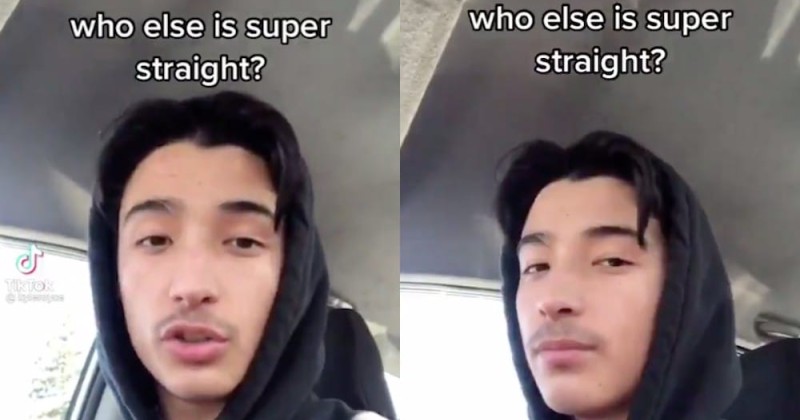 The founder of the ‘super straight’ movement, which asserts the right to not be attracted to transgenders without being labeled “transphobic,” received a wave of harassment and death threats after the media ran hit pieces against him.

Anyone else super straight? Big respect to this guy createing a new thing. #superstraight pic.twitter.com/hdLdeV82xK

In the clip, Royce explains, “Since straight men get called transphobic because I wouldn’t date a trans woman…now I’m super straight, I only date the opposite gender – women that are born women – so you can’t say that I’m transphobic now because that’s my sexuality.”

Immediately after the clip went viral, media outlets like Pink News attacked Royce and claimed the trend “has links to the far-right and neo-nazis.” 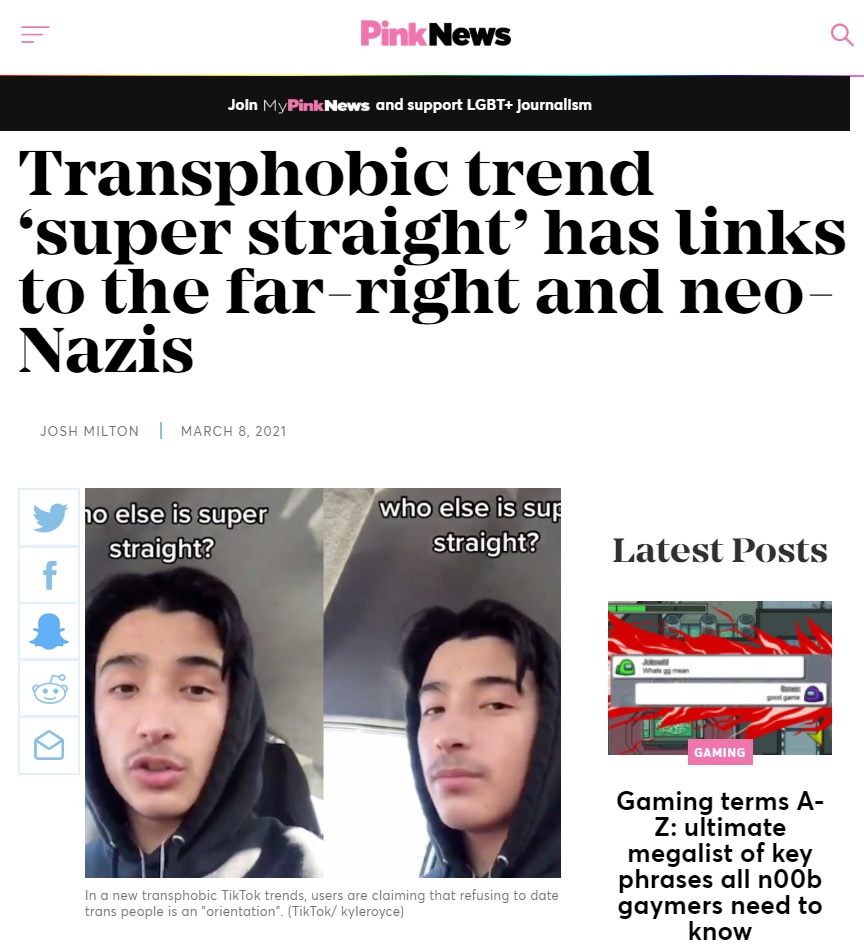 This led to Royce’s family being targeted and him being on the receiving end of death threats.

In a message posted on a GoFundMe page (which will probably get shut down when the woke mob finds it), Royce explains how after making the video, he “received an insane amount of backlash and death threats. People found my family and have been set to ruin our lives; even attacking my mothers business.”

Royce says he is homeless and is temporarily living at his girlfriend’s house.

Innumerable Twitter users also expressed their desire to kill anyone who identifies as super straight.

The #SuperStraight community are definitely the MOST persecuted group of people on earth today.

Unacceptable. But we'll counter your hate with love.

Meanwhile, as Chris Menahan notes, Reddit banned the rapidly-growing “SuperStraight” subreddit over its apparently “hateful” satire, while TikTok has also banned the ‘superstraight’ hashtag after it amassed over 103 million views.

“Our liberal world order can’t withstand even the mildest of mockery,” writes Menahan. “How much longer can this system survive?”

As the screenshots of Reddit posts below illustrate, the content was not “hateful” at all, it was merely a funny repudiation of woke clown world nonsense. 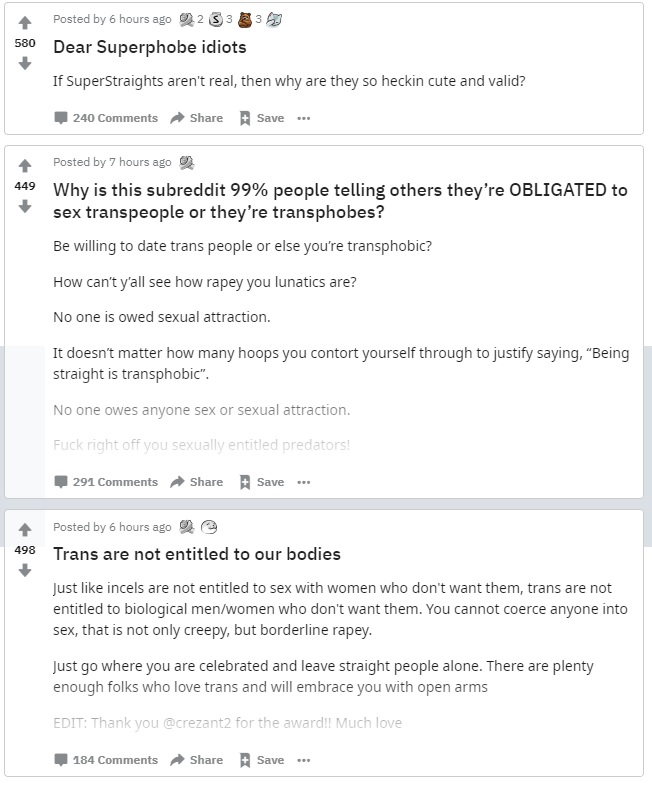 Kew Gardens to Tell Visitors How Racist Its Plants Are