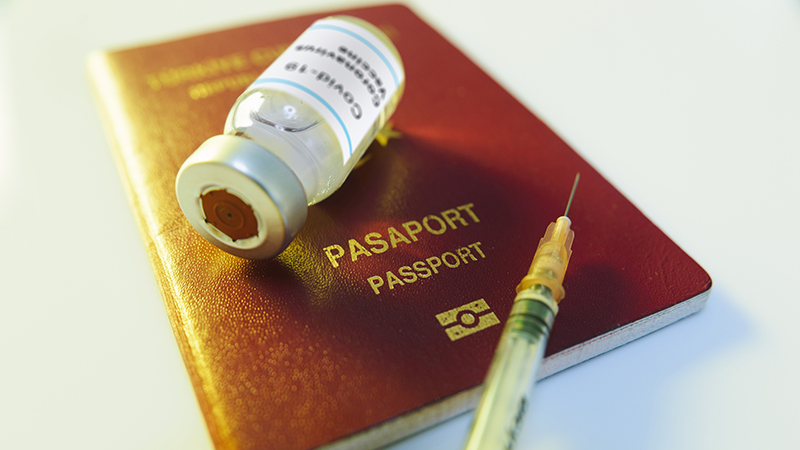 After the European Commission convened to discuss the potential of so called ‘vaccine passports’ Thursday, German Chancellor Angela Merkel told reporters that “We have all agreed that we need vaccine certificates.”

Bloomberg reports that Merkel added “In the future, it will certainly be good to have such a certificate but that will not mean that only those who have such a passport will be able to travel; about that, no political decisions have been made yet.”

The German leader also stated “This will make travelling within the EU possible and could pave the way for further travel from third countries into the EU,” suggesting that it will take three months to implement a vaccine passport system.

Von der Leyen reportedly cited Israel’s ‘Green Pass’ system, which the country is using as a domestic internal document, denying entry for the unvaccinated to public spaces including sports events, restaurants and hotels.

While admitting that it is “unclear whether you can transmit the disease even if you are vaccinated,” the Commission leader stated “It is important to have a European solution because otherwise others will go into this vacuum.”

“Google and Apple are already offering solutions to the WHO [World Health Organization]. And this is sensitive information so we want to be very clear here that we offer a European solution,” Von der Leyen emphasised.

Alex Patelis, chief economic adviser to Greek Prime Minister Kyriakos Mitsotakis, noted “If we as European Union don’t provide a solution, somebody else will, whether it’s going to be the U.S. big tech companies or somebody else, the solution will be provided.”

French President Emmanuel Macron has expressed skepticism over the notion of vaccine passports, but stated “We’ll have, in the end, a harmonious EU approach,” adding “It’s obvious because there is no other choice.”

While there have been scant reports of Apple or Google developing vaccine passports, and the WHO has expressed caution on the issue, there are plenty of other schemes under development and being rolled out, as we have repeatedly highlighted.