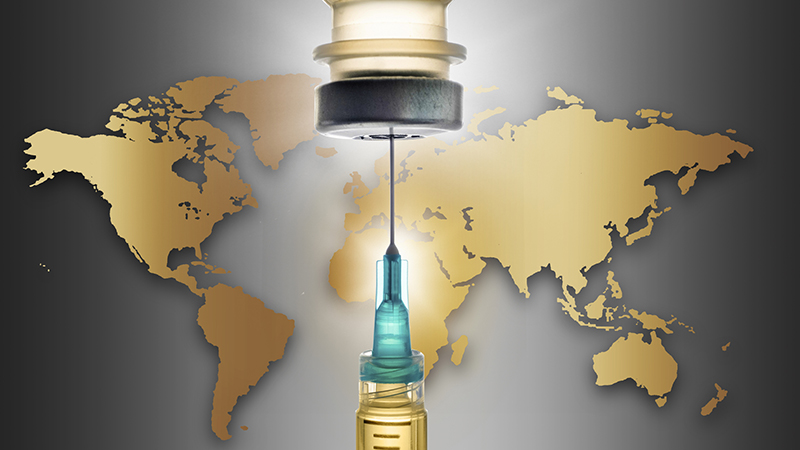 While Europeans and Americans worry about what freedoms they are giving up by staying unvaccinated, it’s more clear cut for people in Indonesia, as the government there is threatening to fine anyone who says no to a COVID jab.

Reuters reports that Jakarta is threatening residents with fines of up to 5 million rupiah, approximately $360, for anyone who ‘opts out’.

As well as fines, the government is threatening to withhold benefits for anyone who hasn’t taken the shot.

The country is having trouble convincing its mostly Islamic populace to take the vaccine, with polls finding that only 37% are willing to get the jab.

Commenting on the move to punish residents who do not comply, Usman Hamid, a director at Amnesty International Indonesia said “A blanket mandate on vaccination, especially one that includes criminal penalties, is a clear violation of human rights.”

Remember that when it comes here. 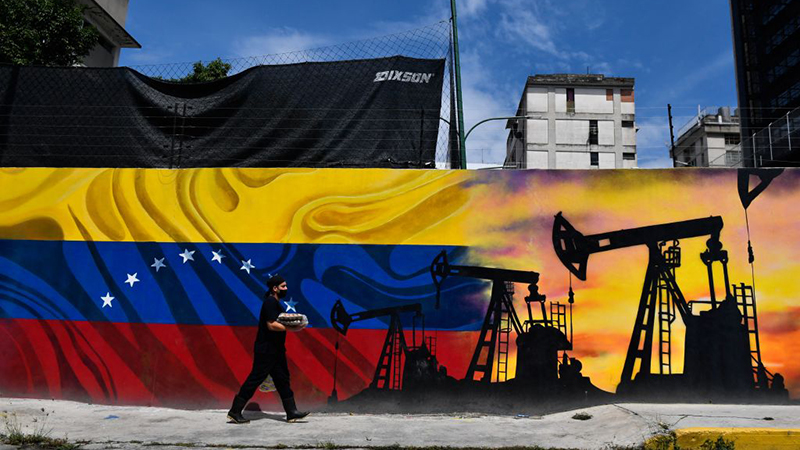 The writing is on the wall for Europe in terms of this coming winter – It’s going to get ugly.

With natural gas imports from Russia cut by 80% through Nord Stream 1 along with the majority of oil shipments, the EU is going to be scrambling for whatever fuel sources they can find to supply electricity and heating through the coming winter.  Two sources that were originally suggested as alternatives were Iran and Venezuela.

Increased Iranian oil and gas exports to the west are highly dependent on the tentative nuclear deal, but as Goldman Sachs recently suggested, such a deal is unlikely anytime soon as deadlines on proposals have not been met and the Israeli government calls for negotiators to ‘walk away.’

Venezuela had restarted shipments to Europe after 2 years of US sanctions under a deal that allows them to trade oil for debt relief.  However, the country’s government has now suspended those shipments, saying it is no longer interested in oil-for-debt deals and instead wants refined fuels from Italian and Spanish producers in exchange for crude.

This might seem like a backwards exchange but Venezuela’s own refineries are struggling to remain in operation because of lack of investment and lack of repairs.  Refined fuels would help them to get back on their feet in terms of energy and industry.  Some of Venezuela’s own heavy oil operations require imported diluents in order to continue.  The EU says it currently has no plans to lift restrictions on the oil-for-debt arrangement, which means Europe has now lost yet another energy source.

Sanctions on Venezuela along with declining investments have strangled their oil industry, with overall production dropping by 38% this July compared to a year ago.  Joe Biden’s initial moves to reopen talks with Maduro triggered inflated hopes that Venezuelan oil would flow once again and offset tight global markets and rising prices.  Europe in particular will soon be desperate for energy alternatives, which will probably result in a scouring of markets this autumn to meet bare minimum requirements for heating.

If this occurs and no regular sources of energy can be found to fill the void left by Russian sanctions, prices will rise precipitously in the EU.  Not only that, but with European countries buying up energy supplies wherever they can find them, available sources will also shrink for every other nation including the US.  Get ready for oil and energy prices to spike once again as winter’s chill returns. 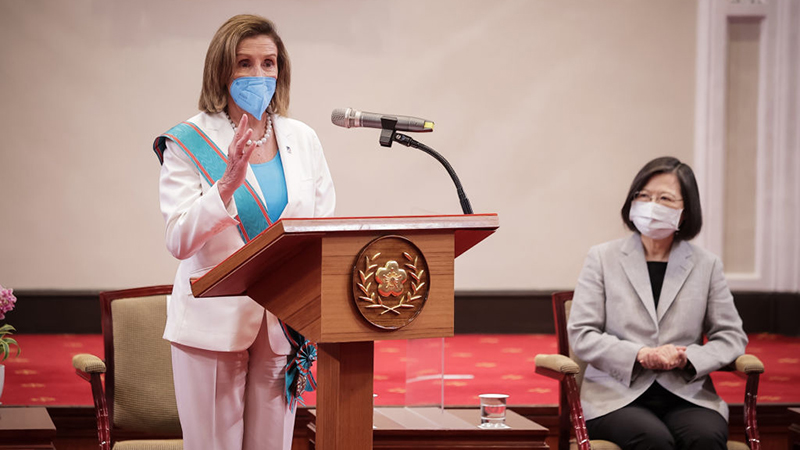 Chien Chih-Hung/Office of The President via Getty Images

On Tuesday Russian President Vladimir Putin weighed on on major security issues ranging from the ongoing war in Ukraine to China-US tensions over Taiwan in a televised speech. Speaking before defense officials and regional think tank analysts at the Tenth Moscow Conference on International Security, among the most notable assertion of his is that NATO is moving “further east”.

Within days prior to launching the Feb.24 invasion of Ukraine, he gave what was essentially a war speech emphasizing that urgent military action was needed to prevent NATO’s further expansion into Ukraine. But it seems that in his latest comments Tuesday, he sees the threat of NATO influence at work as far as southeast Asia as well.

In the fresh remarks, Putin continued his prior theme of a turn from unipolar to multi-polar world order, based on the decline of the United States and West. He said as translated in state media:

“Western globalist elites are provoking chaos by rekindling old and inciting new conflicts, implementing a policy of so-called containment, while undermining any alternative, sovereign paths of development. Thus, they are desperately trying to preserve the hegemony and power that are slipping out of their grasp, trying to keep countries and peoples in the grip of a neo-colonial order.”

He blasted this Western “hegemony” as what in the end will result in global stagnation. Further he said:

“NATO’s war machine is moving, approaching Russia’s borders closely… Russia has been trying for 30 years to negotiate NATO non-expansion to the east…”

The Russian leader continued, “Any means are used. The United States and its vassals rudely interfere in the internal affairs of sovereign states by organizing provocations, coups d’état and civil wars. Threats, blackmail and pressure are resorted to in a bid to force independent states to submit to their will.”

The Kremlin has long emphasized that the 2014 overthrow of pro-Russian President Viktor Yanukovych was the real start of hostilities in Ukraine, and that it was fundamentally Washington and its EU allies behind it. The West, however, has rejected this narrative – emphasizing the Maidan events as a spontaneous democratic uprising.

On expanding East, he said of NATO:

“The so-called collective West is deliberately destroying the European security system, putting together new military alliances. The NATO bloc is expanding East, building up its military infrastructure, deploying missile defense systems and increasing the strike capabilities of its offensive forces.”

In this context he again stressed that just before Russia’s “special operation” in Ukraine, Moscow repeatedly submitted requests for security ‘guarantees’ to NATO, but that this was ignored. He said this is what has damaged European security. He also charged that the West in the end sees the Ukrainian people as “cannon fodder” for its proxy war.

Putin’s defense minister has also of late been stressing the role of the West in planning and executing Ukrainian military actions, also as Crimea has recently come under rare attack…

Interestingly, in the speech he turned his attention to rising China tensions, charging that the US is still trying to add “fuel to the fire” over the Taiwan issue. This echoes precisely Beijing’s own line, as the two countries continue to grow lockstep while under the crosshairs of Washington. He called Nancy Pelosi’s visit to Taiwan a “carefully planned provocation”meant to whip up tensions.

China will without doubt applaud Putin’s fierce defense of Beijing’s point of view:

“The American reckless gamble in relation to Taiwan is not just a visit by an individual irresponsible politician, but part of a purposeful, conscious US strategy to destabilize… the situation in the region and the world, a brazen demonstration of disrespect for the sovereignty of other countries and for its international obligations. We see this as a carefully planned provocation,” Putin said.

Russia Says It May Sever US Relations If Declared Terrorism Sponsor 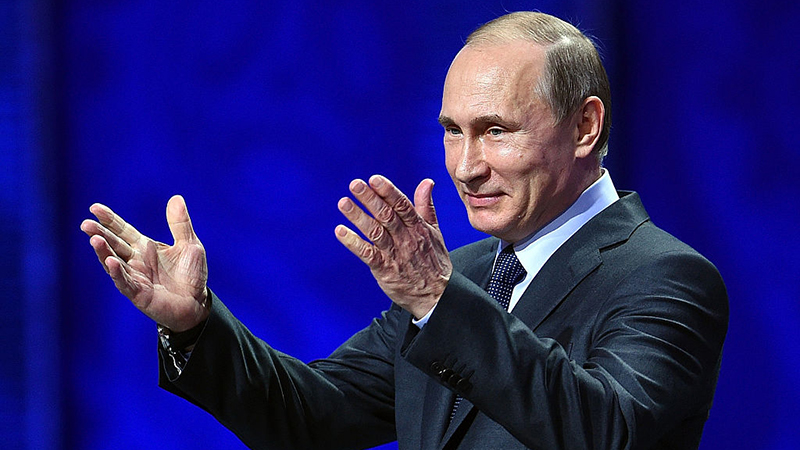 A Russian diplomat warned that if his country is declared a state sponsor of terrorism, it could not only harm US-Russo relations but potentially sever them completely.

“I would like to mention the legislative initiative currently being discussed in Congress to declare Russia a ‘country sponsor of terrorism.’ If passed, it would mean that Washington would have to cross the point of no return, with the most serious collateral damage to bilateral diplomatic relations, up to their lowering or even breaking them off. The US side has been warned.”

Senators Lindsey Graham (R-SC) and Richard Blumenthal (D-CT) have been leading an effort to pressure the Biden administration into making the terror designation, which would allow new categories of sanctions. The are only four designated countries today: Cuba, North Korea, Iran and Syria.

On July 28, the Senate passed a non-binding resolution calling on Secretary of State Antony Blinken to designate the Russian Federation as a state sponsor of terrorism. At the time, Graham said this about a potential designation:

“It means that doing business with Russia with that designation gets to be exceedingly hard – it has secondary effect sanctions, it would limit dual export items, and more importantly it would waive sovereign immunity when it came to suing Russia in U.S. courts. This designation would be a nightmare for Russia.”

Blinken, however, has said a terror designation wouldn’t change things much: “The costs that have been imposed on Russia by us and by other countries are absolutely in line with the consequences that would follow from designation as a state sponsor of terrorism.”

On Thursday, the Latvian parliament made its own terror-sponsor designation of Russia. “Latvia recognizes Russia’s actions in Ukraine as targeted genocide against the Ukrainian people,” declared the legislature’s resolution.

“A timely move,” tweeted Ukraine foreign minister Dmytro Kuleba. “Russia has long deserved this status with its actions in Ukraine and beyond. Ukraine encourages other states and organizations to follow suit.”

As we wrote in June, “the U.S. government’s application of terrorist designations has been impulsively disingenuous to the point that it saps the label of any meaning apart from the financial consequences. In practice, terror designations are just another means of bludgeoning countries that are out of favor with the U.S. government.”

Designating Russia a state sponsor of terror over a conventional military invasion would represent just the latest bastardization of the term. Indeed, if the terror label were attached to every invasion that’s accompanied by alleged war crimes, the U.S. government would have to designate itself.