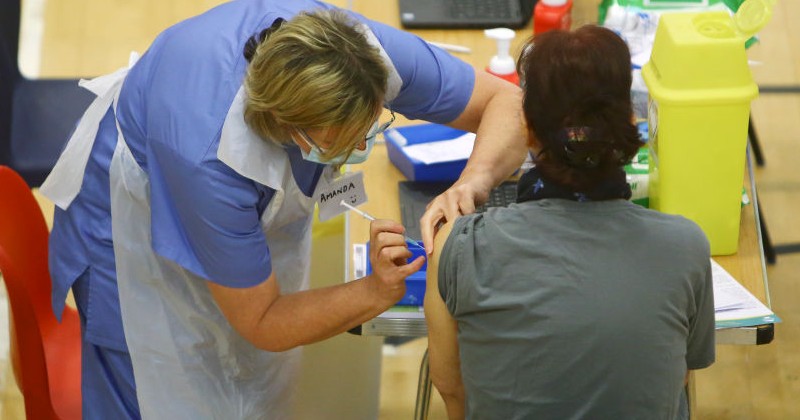 Ministers are still pressuring Prime Minister Boris Johnson to introduce ‘domestic passports’ that would only allow those who have taken the COVID-19 vaccine to enter venues such as cinemas, sports stadiums and even pubs and restaurants.

As we highlighted earlier this week, the British government denied for months that it was planning vaccine passports for international travel, but then did a 180 and indicated they were all but inevitable.

Authorities then also suggested that domestic passports could also be mandated that would prevent people who haven’t taken the coronavirus jab from entering cinemas, bars, restaurants and even shops.

Prime Minister Boris Johnson quickly tried to dismiss the idea of a domestic vaccine passport on Monday, but in the same breath said that businesses would adopt an identical system anyway.

“I think that will be the route that we go down and that businesses will go down,” Johnson said on Monday, adding: “You are already seeing lots of business using the potential of rapid, on-the-day testing as well. I think that, in combination with vaccination, will probably be the route forward.”

According to the Times, ministers are putting pressure on Johnson to formally codify a domestic passport that would leave millions of people who don’t take the vaccine under indefinite lockdown.

“We’re talking about industries that are dying here. In terms of getting live music, theatre and other parts of the entertainment industry back on their feet, it seems an obvious thing to do once the majority of people have been vaccinated,” a senior minister told the newspaper.

Foreign Secretary Dominic Raab also suggested over the weekend that immunity certificates may even be needed to enter supermarkets, telling LBC that the idea “hasn’t been ruled out and it’s under consideration, but of course you’ve got to make it workable.”

Some major companies have also suggested that they will begin to phase in a “no jab, no job” policy.

The notion that you will have to have taken a vaccine to even enter a shop to buy food renders ludicrous the government’s assertion that the vaccine isn’t mandatory.

If they follow through on these proposals, it will be mandatory for anyone who wants to live anything approaching a normal life.

Meanwhile, the prospect of literally having to have a ‘mark’ to buy or sell is definitely going to get the attention of fans of Revelation 13:17.