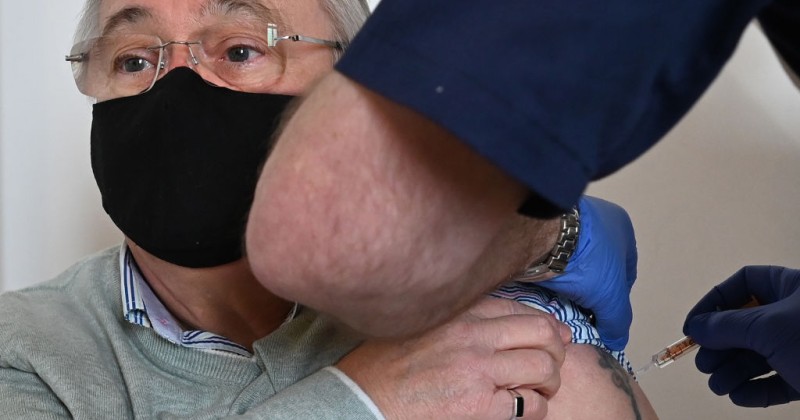 The UK government could grant vaccine exemptions to people of color while simultaneously mandating vaccine travel certificates for everyone else in order to avoid accusations of racism, according to a report in the Spectator.

Despite repeatedly promising that ‘vaccine passports’ would not be required in order to fly, the government has been actively planning for their introduction.

After more than 324,000 people signed a petition opposing immunization passports, UK vaccine minister Nadhim Zahawi said that vaccines would not be compulsory and that, “We have absolutely no plans for vaccine passporting.”

That turned out to be a complete falsehood.

As the Spectator reports today, “Responsibilities have already been divided up between government departments to look at the idea. If approved, the Department for Transport will be told to draw up plans for a certificate infrastructure. And the NHS will be told to prepare to let people access their vaccine status when preparing for international travel.”

Sky News reports that Foreign Secretary Dominic Raab has already signed off on the proposal but that there’s a “nervousness” within government about when it will be announced publicly.

“The UK Government, like most nations, wants to open up international travel in a responsible safe and fair manner and we continue to be guided by the science,” a government spokesperson said. “We want to ensure there is an internationally recognised approach to enable travel and are working closely with international partners to do so.”

Part of this “nervousness” is based around the perception that mandating vaccines for travel could be seen as racist because suspicion of vaccines and poorer inoculation rates are commonplace within BAME communities.

The Spectator’s Lara Prendergast suggests that the government could get around this by granting exemptions to people from ethnic minority backgrounds.

“Polls say that about 85% of British adults are “likely” to take up the offer of a jab, but 15% have concerns,” writes Prendergast. “People who can’t have a vaccine for medical reasons might be granted an exemption. But will the wishes of others be taken into consideration, their rights protected, their religious views respected, if vaccine documentation is brought in? Inevitably it will be those already on the edges of society – people who often avoid contact with the authorities – who are pushed out further by the need to prove their immunological status. Vaccine refuseniks, according to Zahawi, “skew heavily towards BAME communities” which raises the prospect of vaccine passports deepening racial divisions – particularly if the Government decides to grant certain exemptions.”

Perhaps those who don’t wish to take the vaccine but still want to travel could merely identify as black, announcing themselves as “transracial” in order to secure the exemption.