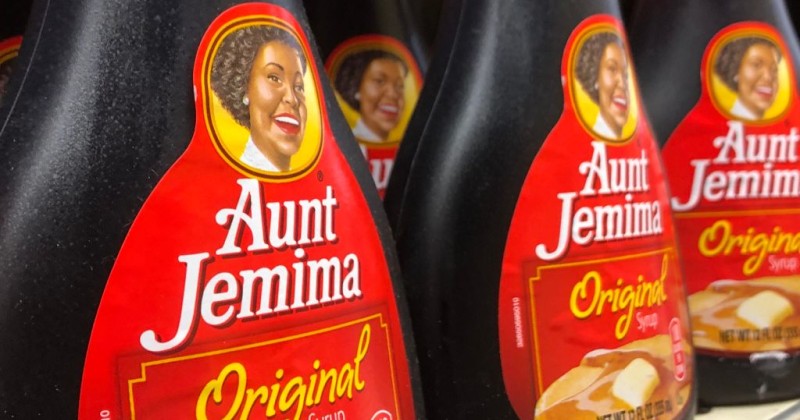 PepsiCo has officially renamed its Aunt Jemima line of products to ‘Pearl Milling Company’, prompting many to ridicule the move as a hollow gesture to satiate the woke mob.

The corporation’s Quaker Oats subsidiary announced that the Aunt Jemima pancake and syrup line would soon be retired in June and re-branded despite having already been changed years ago to “remove racial stereotypes.”

“Throughout the effort that led to the new Pearl Milling Company name, Quaker worked with consumers, employees, external cultural and subject-matter experts, and diverse agency partners to gather broad perspectives and ensure the new brand was developed with inclusivity in mind,” the company said in a statement.

PepsiCo also announced that they would pledge a “$5 million commitment to support the Black community,” although didn’t provide any specifics on where this money would actually go. No doubt much of it will be sunk into Black Lives Matter, a pro-segregation political organization that has only succeeded in causing more division and racism.

Respondents pointed out that the entire farce was just a PR stunt. Contrary to the phrase “get woke, go broke,” most companies actually profit from such behavior because it provides them with millions in free advertising.

As we originally highlighted last year, in removing the Aunt Jemima character from its products, the company is actually erasing an African-American woman, Lillian Richard, who served as a goodwill ambassador for the brand in 1925 and worked for Quaker Oats for 23 years before dying in 1956.

“A lot of people want it removed,” Richard’s family told KLTV in response. “We want the world to know that our cousin Lillian was one of the Aunt Jemima’s and she made an honest living. We would ask that you reconsider just wiping all that away.”

“She was considered a hero in Hawkins, and we are proud of that. We do not want that history erased,” Harris added.

According to Harris, Richard “made an honest living out of it for a number of years” by touring around Texas during a time when it was difficult for black women to get jobs.

So in erasing Aunt Jemima to please the insatiable woke mob, PepsiCo is actually destroying the legacy of an African-American icon.