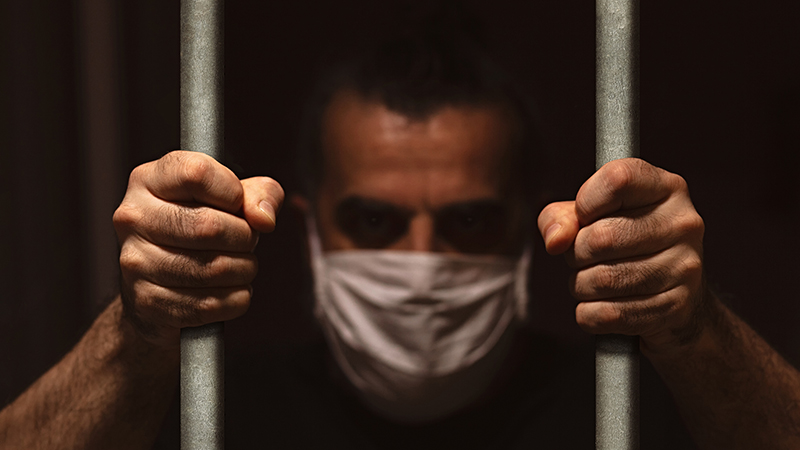 Anyone traveling to Britain from a country on the government’s ‘red list’ must quarantine in a hotel (which they will have to pay for), and have THREE COVID tests, under draconian new laws being implemented by the government.

The unprecedented and sweeping new rules were announced by Health Secretary Matt Hancock, who said that he makes ‘no apologies’ for such severe measures.

From Monday anyone entering the country will have to pass three PCR tests in order to be allowed any freedom inside the country after they have completed a ten day quarantine at a government selected hotel, at a cost of almost two thousand pounds.

Security guards will be stationed throughout the hotels, with police on standby if those inside try to leave before their release date.

Hancock said that anyone caught breaking their quarantine could be fined ten thousand pounds, while anyone caught lying about coming from a COVID ‘hotspot’ could be jailed for up to a decade.

Even those not coming from one of the 33 ‘red list’ countries, and arriving from elsewhere, will have to test negative before being allowed to travel, then quarantine at their home address for ten days and allow authorities to ‘check that they are obeying the rules’.

COVID tests, which cost more than £100 each, will be required on day two and day eight of isolation, and must be booked through a new government portal in advance of travel, according to the new law.

If the tests are positive, a further ten day quarantine will be mandated.

Anyone hoping to escape the crackdown via booking travel through a budget or less thorough carrier will likely be disappointed as Hancock announced that “Passenger carriers will have a duty in law to make sure that passengers have signed up for these new arrangements before they travel, and will be fined if they don’t.”

However, an aviation source told reporters yesterday “We’re completely in the dark. We don’t know yet whether the Government will want us to deny boarding,” to people who haven’t presented test results or booked into a quarantine hotel.

Airports in the UK have also expressed concern about how the rules will be enforced, with a Heathrow spokesman noting “ministers need to work with industry to establish how this policy will actually be implemented at the border.”

Border staff have also said they have not been told anything, with one immigration officer noting “This is all likely to be honesty-based though. Short of us physically getting off the arrivals desks and phoning the hotels to check that those individuals have booked into them, we have no way of confirming.”

Hancock gave no indication of how long the new laws would remain in place, however members of the UK government’s Scientific Advisory Group for Emergencies (SAGE) have suggested that lockdowns could last for “several years”.

Conservative MPs who oppose the current nation-wide restrictions slammed Hancock in the House of Commons, warning that the country faces a ‘forever lockdown’.

MP Mark Harper asked “When is this policy going to end, if ever? Because if the virus continues to mutate, surely the risk is going to be there forever and so when can it be removed?”

SAGE has also suggested that in addition to the forced quarantines, those entering Britain, including citizens could be tracked using the GPS on mobile phones.

The notion was previously raised by a Conservative MP last month.

Lockdowns to Continue for Several Years Say the Experts