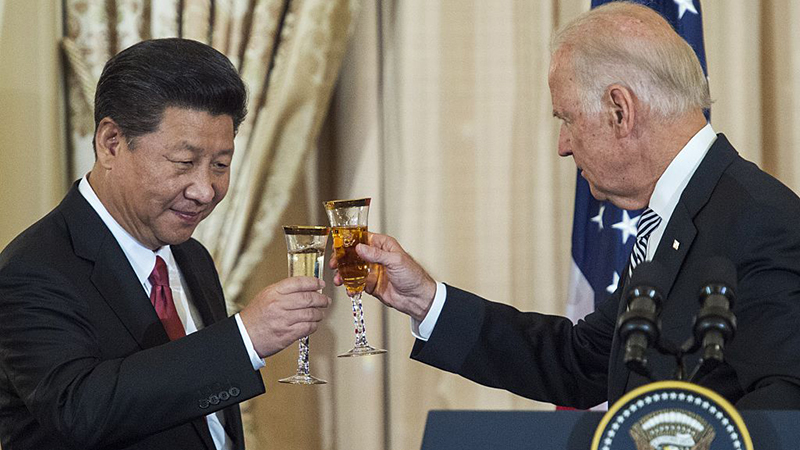 Joe Biden has scrapped a policy instituted by President Trump that mandated US colleges and universities to report all connections with the Chinese government to encourage transparency in the face of evidence that CCP propaganda is infiltrating the education system.

Axios reports that Trump enacted a policy demanding that education institutions disclose all dealings with the controversial Chinese Confucius Institute.

Trump made sure that under the new policy any institutions failing to comply would lose certification for the Student and Exchange Visitor Program.

However, Office of Information and Regulatory Affairs documents show that Biden scrapped the policy on January 26, with an ICE official also confirming to Campus Reform that the policy was done away with by Biden.

In 2018, Trump also signed the National Defense Authorization Act, into which Senator Ted Cruz had placed a provision prohibiting funding to the Chinese-run Confucius Institutes on American campuses. Since that time, scores of schools have closed their Confucius Institute, according to Human Rights Watch.

However, College Fix reported that multiple institutions being scrutinised by the Department of Education have refused to provide internal documents that are thought to contain evidence of undisclosed financial grants from the Chinese government.

Now they don’t have to. Biden has seen to that, once again placating the Communist state.

As we previously reported, many universities throughout America are still allowing what have been described as Chinese propaganda centers to operate on their campuses, despite warnings from intelligence officials that the communist state is using them to infiltrate US society and indoctrinate Americans.

US intelligence agencies have previously labeled the Confucius Institutes as a national security threat, and several universities have since trashed the programs.

An engineering professor at the University of Arkansas was also arrested by the FBI and faces up to 20 years in prison for allegedly hiding funding that he received from the communist Chinese government.

Congressional Republicans also expressed concerns that China is attempting to hinder US coronavirus research through such infiltration of US universities.

In May last year, the FBI issued a PSA warning of the Chinese government’s intention to steal American medical research in its quest to find a cure for COVID-19.

Speaking to Campus Reform, Gordon Chang, an expert on United States-China relations, and author of The Coming China Collapse, noted that “estimates put the annual theft of American intellectual property at somewhere between $150-600 billion a year.”

“Some of that actually takes place on American college campuses. China has bought a number of college professors, a number of them have been fingered by the FBI and they’re pending investigations, and Chinese students have been engaged in activities…for instance, downloading entire databases for China.”  Chang added.

Referring to the Confuscious Institutes, Chang said that they “report in reality to the Communist Party’s United Front Work Department. That means these are attempts to subvert other countries.“

“The U.S. is not permitted to have institutes like this in China. You don’t have a Lincoln Center or Roosevelt Institute… we know that propaganda is absolutely critical to totalitarian regimes.” Chang urged.

“They want to put forth narratives and restrict what is said about China on American campuses.” Chang asserted, adding that “You’ve got to remember that the Chinese regime is deeply racist with its Han nationalist ideology. This is something we haven’t quite seen since The Third Reich.”

Spain And Greece To Implement ‘Vaccination Passports’ To Re-Start Tourism