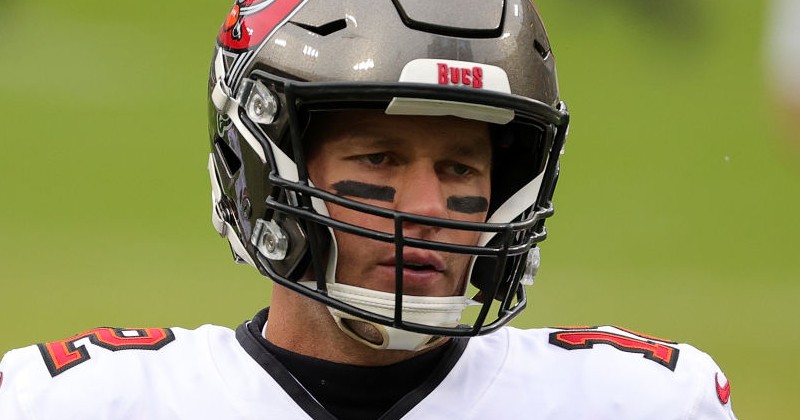 USA Today published an op-ed which denounced Tom Brady for refusing to walk back his previous support for Donald Trump and for being “white.”

With the Super Bowl just days away, Nancy Armour (who is white), took the opportunity to fan the flames of more political and racial division by attacking Brady for refusing to cave to the woke mob that requires total subservience to its ideological consensus.

As Dave Blount explains, the motivation for the hit piece is the fact that Brady committed the sin of refusing to recant his previous statements about Trump. In order to terrify the rest into compliance, leftists appear to reserve their most vitriolic invective for celebrities who simply try to avoid wading into the putrid swamp that is modern politics.

“Brady has expressed support in the past for his golfing buddy Donald Trump. Nowadays, Brady is keeping a low profile on anything political, which is understandable, considering that the establishment is out for blood. People suspected of being among the 74 million who voted to reelect Trump are having their lives destroyed by vindictive liberals who hold all the levers of power.”

“The left-wing piranhas comprising the media would love for Brady to denounce his friend, so they could revel in his submission and humiliation. They wouldn’t mind for him to defend Trump, so they could feature Brady for the Two Minutes Hate. But just keeping his mouth shut on the grounds that athletes should not have to justify their political views to ideological bullies is not acceptable. So USA Today attacks in the most vicious way liberals can conceive of: by denouncing him for being Caucasian.”

Armour vents her fury at Brady simply because he wants to mind his own business and won’t be trampled by the mob into being an amplifier of demented progressive authodoxy.

ICYMI This isn’t about Tom Brady’s politics. Really. It’s about his refusal to recognize that his ability to enter and exit the debate when he chooses, to shield himself from accountability, is a privilege that Black and brown athletes don’t have. https://t.co/pb9PEhvgn0

“The Make America Great Again hat in his locker, the flippant endorsement of then-presidential candidate Donald Trump. Only when those ties became inconvenient did Brady decide he wanted to “stick to sports,” and that he preferred to be a beacon of positivity rather than delve into society’s thorny ills,” she writes.

She then engages in brazen racism by declaring, “How mighty white of him.”

Armour then whines about how Brady’s refusal to be ideologically browbeaten into submission by duplicitous racial grifters like her is an example of his “white privilege.”

“Brady’s ability to enter and exit the debate at his choosing, to shield himself from accountability, is the height of white privilege. As this country grapples with the far reaches of systemic racism, look no further than Brady, for whom the expectations, and allowances granted, will always be different [because he is white].”

Armour, who has been with USA Today since 2014, has a history of disguising social justice activism behind a thin veil of sports journalism.

She previously called for the abolition of NFL cheerleaders and has consistently pushed Black Lives Matter rhetoric.

Armour is a cretin, a bully and an intellectual coward, but then again you knew that already because she’s a mainstream journalist.

Leftists Have Collective Meltdown Over Tom Brady Not Wearing a Mask