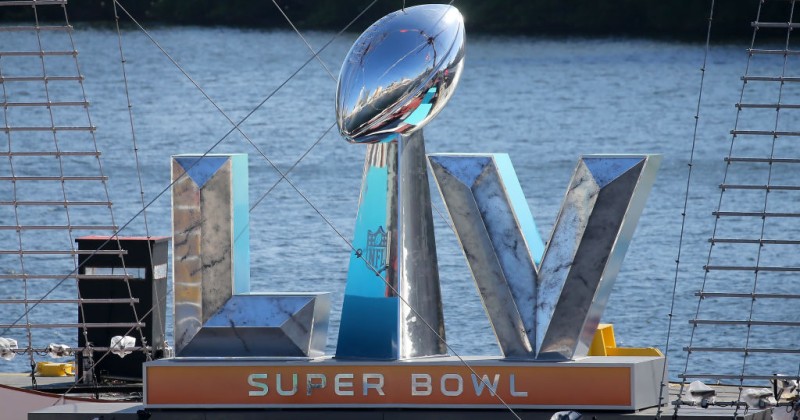 The CDC website tells Americans to avoid shouting or cheering during this year’s Super Bowl to help avoid the spread of COVID-19.

The Super Bowl final will take place on Sunday between the Kansas City Chiefs and the Tampa Bay Buccaneers at the Raymond James Stadium.

Despite the fact that the stadium seats 65,890, only 25,000 are being allowed in, leaving the rest forced to watch at home or in bars.

With that in mind, the CDC has added a new section to its website called ‘Safer Ways to Enjoy the Super Bowl’. 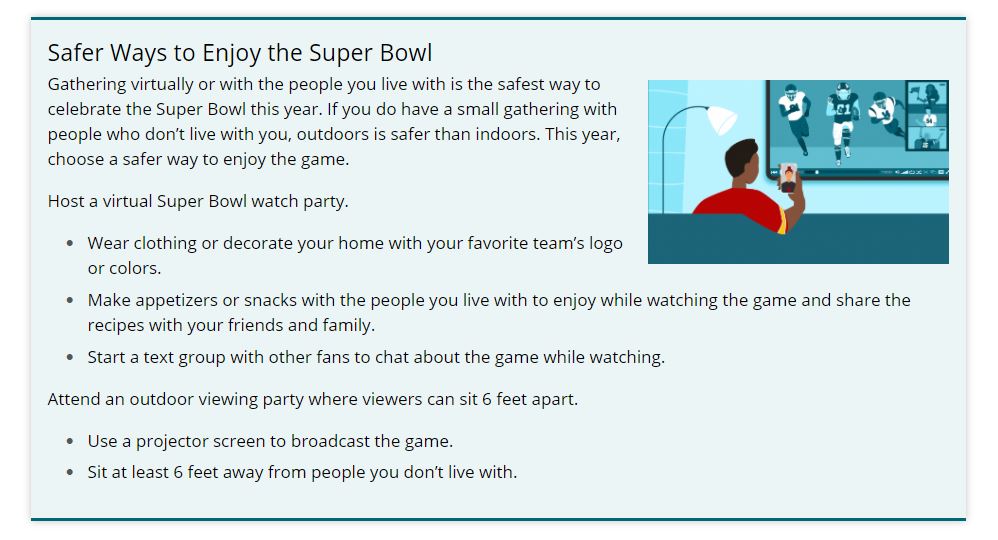 “Gathering virtually or with the people you live with is the safest way to celebrate the Super Bowl this year,” states the advice, cautioning against gathering with others and instead telling Americans to “host a virtual Super Bowl watch party” and texting your friends instead.

The website also advises that if people insist on gathering, they should do it outside and “Sit at least 6 feet away from people you don’t live with.”

Advice relating to “safer celebrations” also urges, “Avoid shouting, cheering loudly, or singing. Clap, stomp your feet, or bring (or provide) hand-held noisemakers instead” and to “wear a mask indoors and outdoors.” 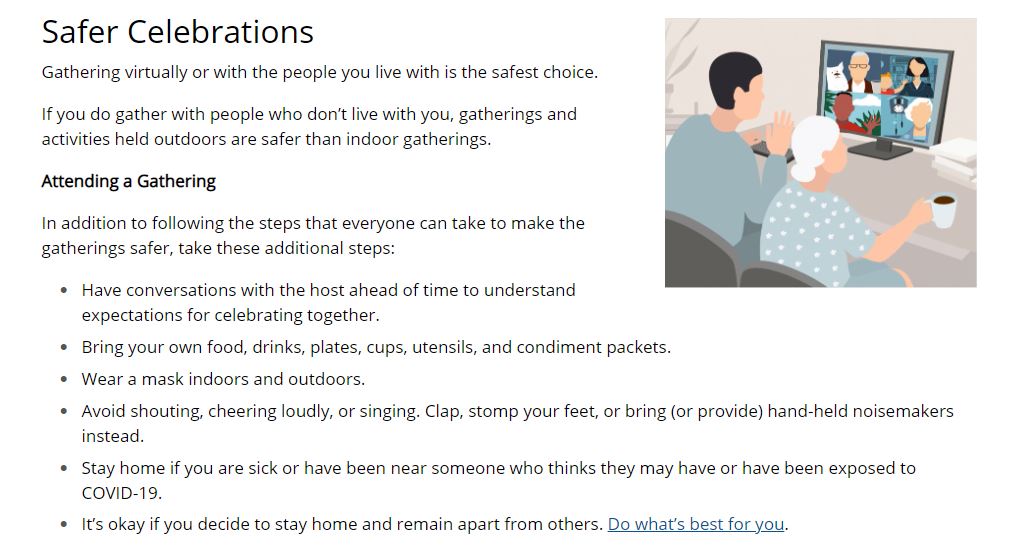 As we previously highlighted, similar advice was given before Thanksgiving, when the CDC told Americans to avoid singing and said they should “keep music levels down so people don’t have to shout or speak loudly to be heard,” as well as minimizing alcohol consumption.

Basically, any form of fun risks spreading COVID, according to the CDC.

United Airlines CEO: MANDATORY Vaccines “Will Become What Most Companies Do”