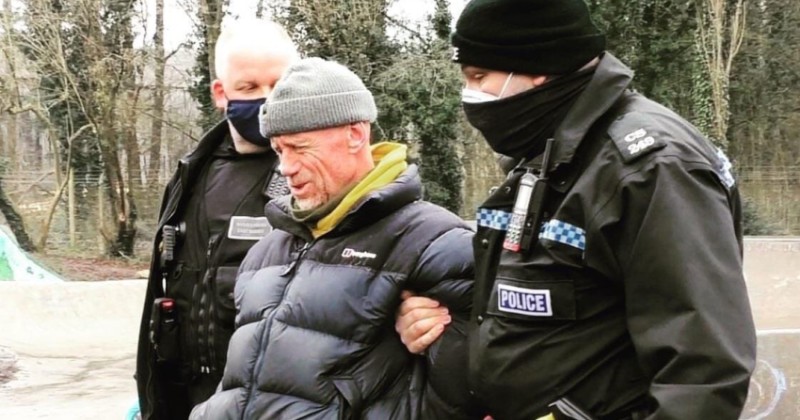 Police in the UK arrested a man for handing out free soup in a park, claiming that he had violated COVID-19 restrictions.

Nick Smith had been giving out free soup to people in his village for 17 weeks before Sussex Police intervened, claiming he had violated COVID rules by encouraging people to gather.

However, Smith cited exemptions under the rules for volunteering, which allows for up to 15 people to gather either indoors or outdoors.

Smith said he found the whole experience “very shocking” and insisted he was only trying to help people struggling with mental health issues as a result of the lockdown.

“Showing up every week and being a feature they can rely on is what I wanted to do. They just come because they don’t see anybody they don’t talk to anybody and they’re going crazy,” he said.

Sussex Police said people “providing a takeaway service are required to complete a risk assessment and adhere to Government guidance including social distancing and hygiene measures.”

Smith was handcuffed and given a court summons, but he has vowed to continue supporting his community.

My friend Nick Smith is a kind man and a humanitarian.

Yesterday he was arrested for an act of kindness, serving organic soup to anyone who was hungry. Hungry for food or simple human contact.

Please share to show people what this world has come to… pic.twitter.com/I92V29cQ44

As we previously highlighted, a plethora of videos have surfaced recently of police in the UK enforcing lockdown rules in an increasingly draconian manner, including one incident where a man was interrogated and arrested for refusing to provide his name.

Another man who insisted that he only lowered his mask to clean his glasses, which had steamed up, was also hauled out of a shop by cops after letting his face covering slip.

Another recent video showed police in London entering a home to break up a baby shower party after a neighbor snitched on the family.

Video: Weirdo Bill Gates Calls For ‘Global Alert System’ Ahead Of ‘Next Pandemic’