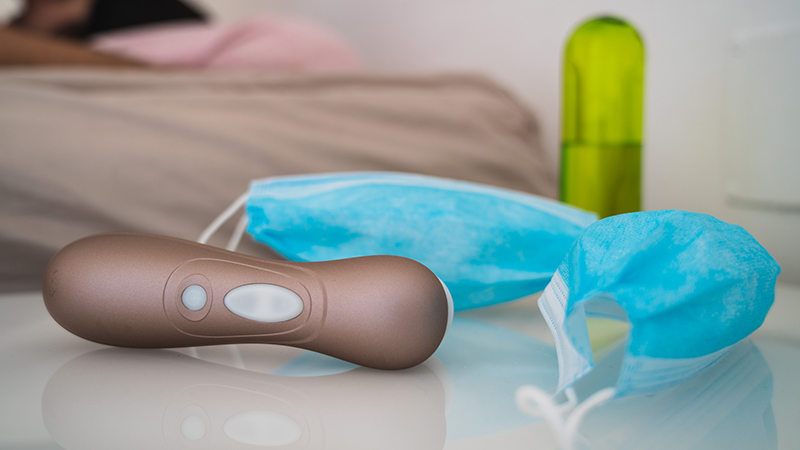 The University of North Texas’s Student Health and Wellness Center fired out the tweets, which have since been deleted because they offered advice contrary to that of the school’s guidelines on coronavirus, according to Campus Reform.

One of the tweets declared “Mask-urbate?! Read below to learn more,” with an accompanying image suggesting that any students with COVID symptoms should “skip sex and stay in.”

A further tweet declared that students should wear masks during sex, “pick a large, well-ventilated space” for getting it on, “avoid kissing” and “wash your hands before and after.”

The tweets were reportedly removed because the University doesn’t even want students to go near each other.

“Face coverings are not a substitute for appropriate social distancing,” the school guidelines state.

As we previously reported, The University of Georgia published a similar guide on its health website that advised students to consider “wearing a face mask during sex.”

This madness isn’t just being touted around universities, with the BBC in the UK advising the public to wear masks if they want to have sex with each other.

Several US universities have threatened to completely cut off basic services, including internet access for students if they do not fully comply with all COVID restrictions on campus.

As we have previously reported, colleges are being used as testing grounds for technology to enforce draconian distancing, mask and lockdown measures:

Universities are also threatening to suspend students who dare to leave pre-determined ‘bubble’ areas around campuses, or visit non “approved businesses” without permission.

How Much Would You Tolerate?

“There is no science to defend putting your kids in masks or parents wearing masks—no science whatsoever.” 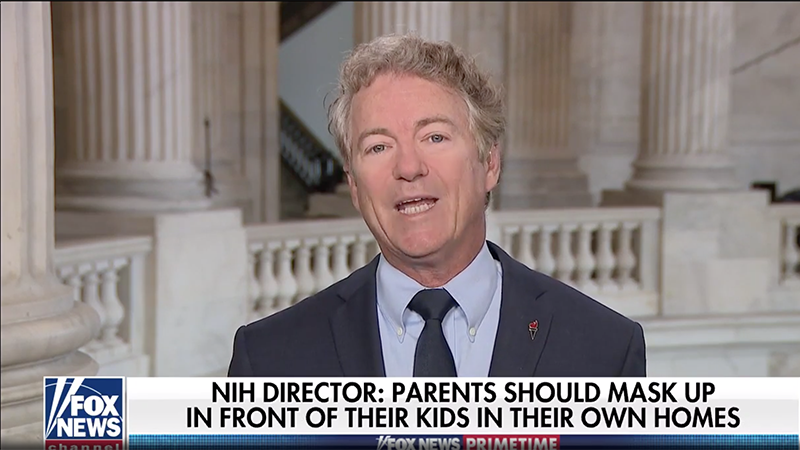 Bill will “shine a light on those who hypocritically oppose voter ID laws but support vaccine passports.” 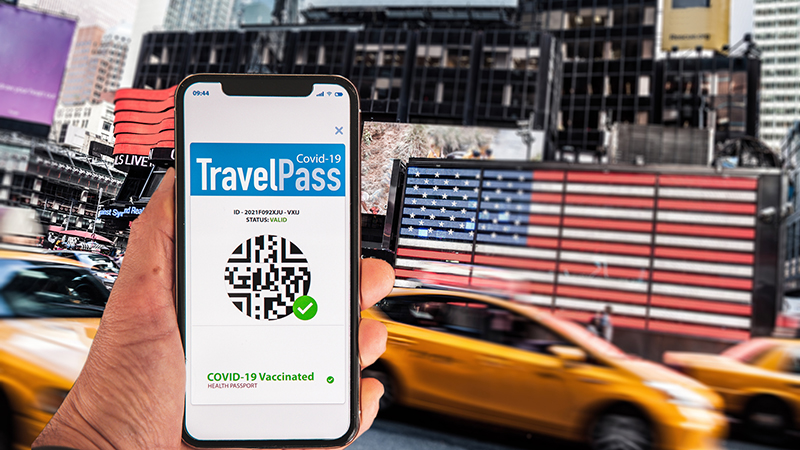 After New York City announced that it will mandate vaccine passports for entry to events and even restaurants and gyms, a Republican Senator has introduced a bill that would make it mandatory for any state using a vaccine pass system to also use a voter ID system.

The government mandated vaccine pass, which is being called the “Key to NYC Pass,” will become effective later this month and will also apply to employees of businesses using it.

The New York Post reports that the scheme “marks a significant escalation of the city’s efforts to curb the recent uptick in COVID-19 cases driven by the Delta variant, and will launch in mid-August and enforcement will begin in September following a public service announcement campaign, administration officials said.”

The report notes that there will not be an option to produce a negative test, and just as in San Francisco’s bars, the unvaccinated will be forced to eat and drink outdoors only.

Mayor Bill de Blasio proclaimed last week “We’ve got to shake people at this point and say, ‘Come on now.’ We tried voluntary. We could not have been more kind and compassionate. Free testing, everywhere you turn, incentives, friendly, warm embrace. The voluntary phase is over. It’s time for mandates, because it’s the only way to protect our people.”

Curiously though, anyone can still vote there without showing ID, a double standard exposed by Sen. Kevin Cramer, R-North Dakota, who has introduced a bill to mandate voter ID.

“If states that take federal money for elections feel the need to make residents verify a piece of information as private as their vaccination status just to return to normalcy, then they should have no problem requiring people to prove they are who they say they are when they go to vote,” Cramer said in a statement.

Cramer added that the measure “would ensure that those states are consistent in their identification requirements and shine a light on those who hypocritically oppose voter ID laws but support vaccine passports.”

When asked about the vaccine passport mandate in New York, White House Press Secretary Jen Psaki expressed support, dismissing Peter Doocy’s point that many Americans are waiting for the FDA to fully approve vaccines or simply do not want the vaccine for religious or medical reasons.

Psaki also avoided answering a question from a Daily Caller reporter who noted that communities of color have lower vaccination rates than white New Yorkers, and therefore the same ‘it’s discriminatory’ argument Democrats have applied against the introduction of voter ID applies to the vaccine pass system.

Others pointed out the double standard: 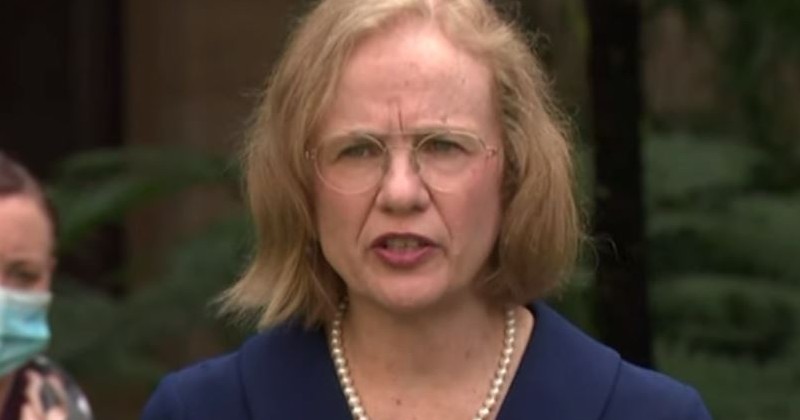 Queensland’s top health official has warned grandparents “don’t go anywhere near your grandkids” as Australia continues to struggle with its highly controversial ‘zero COVID’ policy which has necessitated endless lockdowns.

Chief Health Officer (CHO) Jeannette Young made the statement after the delta variant spread to four schools in the Australian state.

“If you’re a grandparent of one of these kids, one of these households, and you haven’t been vaccinated, please don’t go anywhere near your grandkids,” Young told reporters.

Unlike other countries, Australia’s implementation of the vaccine rollout has been slow, with less than 15 per cent of the population fully vaccinated.

Queensland Deputy Premier Steven Miles also reminded residents under home quarantine that they couldn’t leave their abode unless “in an emergency or to get a test.”

Young’s rhetoric resembles that of Dr. Kerry Chant, the chief health officer of New South Wales, who went so far as to tell Australians that they shouldn’t “engage in conversation with each other,” even if they’re wearing masks, in order to reduce the transmission of COVID.

As we have previously highlighted, Australia has imposed one of the most draconian lockdowns in the developed world in response to just a relative handful of cases compared to infection rates in other major countries.

In an attempt to deter protests against the brutal lockdown, Australia has deployed the military onto the streets of Sydney while people who merely post anti-lockdown information online could face fines of up to $11,000 dollars under a new law.

By pursuing a virtually impossible ‘zero COVID’ policy instead of living with the virus and going for herd immunity, authorities have ensured that Australians could remain under some form of lockdown for years to come.