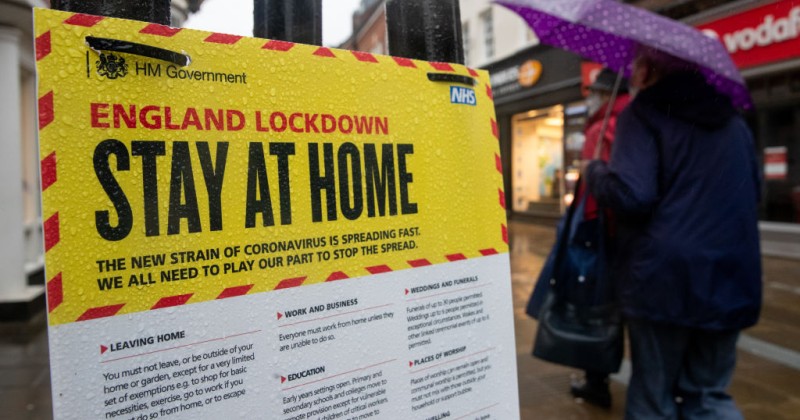 Riley, who is professor of infectious disease dynamics at Imperial College London, cited a React study which shows “the prevalence of infection increased between 6 and 15 January,” after the national lockdown was announced on January 4.

“It’s long enough that, were the lockdown working effectively, we would certainly have hoped to have seen a decline,” said Riley.

The professor added that current research “certainly doesn’t support the conclusion that lockdown is working.”

As we highlighted last week, a peer reviewed study by Stanford researchers found that mandatory lockdowns do not provide more benefits to stopping the spread of COVID-19 than voluntary measures such as social distancing.

The researchers found “no clear, significant beneficial effect of [more restrictive measures] on case growth in any country.”

While numerous studies show that lockdowns have no impact on reducing the spread of viruses, an avalanche of data shows that they cost lives.

Academics from Duke, Harvard, and Johns Hopkins have warned that there could be around a million excess deaths over the next two decades as a result of lockdowns.

Thousands of doctors and scientists are on record as opposing lockdown measures, warning that they will cause more death than the coronavirus itself. 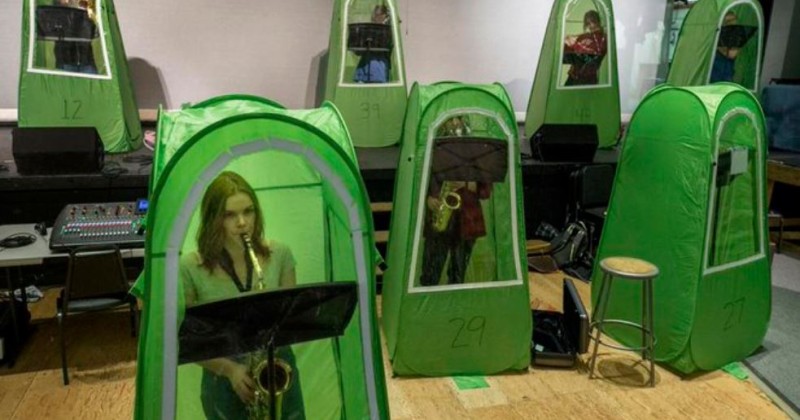 An image shows students at a school in Wenatchee, Washington State socially distanced inside what look like human tents as they perform in a band.

The picture appears to show two girls playing saxophones while trapped inside the awning-like structures, while others in the background play flute.

According to the article, “You can’t see them smiling beneath the masks,” but the kids are happy to be back at school.

The article quotes Wenatchee Principal Eric Anderson, who celebrates the fact that the school environment has been carefully tailored to ensure that students never remove their face coverings.

“We really have an environment in this building where there is never a reason where a kid has to take their mask off,” he said.

That’s presumably why the children in the image have been made to stand inside the tents, because they have to remove their masks to play the instruments.

Growing up in a world where they are forcibly isolated from each other, starved of physical contact and cannot properly discern facial reactions while having to wear humiliating human tents. 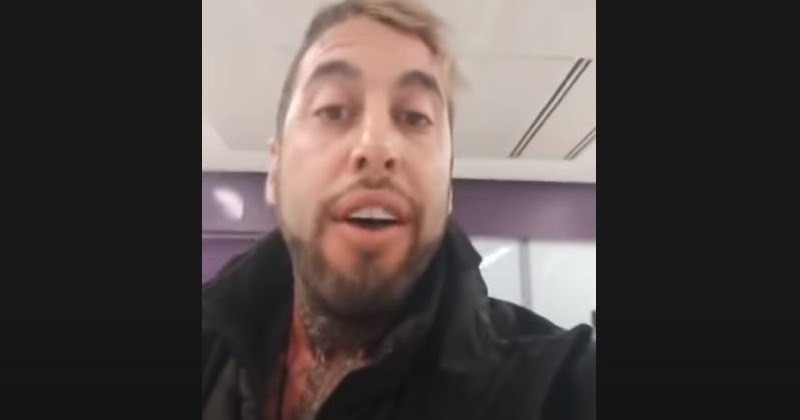 After a new policy mandating Canadians take an airport COVID test to determine whether they will have to undergo quarantine at a government facility was introduced yesterday, a viral video clip shows a man refusing to take the test before being issued with a fine.

“Update: If you’re flying back into Canada, you’ll need to show a negative PCR test result before you board the plane – and as of today, you’ll need to take another PCR test when you land. You’ll then have to wait at an approved hotel, at your own expense, for your test results,” Trudeau tweeted.

Update: If you’re flying back into Canada, you’ll need to show a negative PCR test result before you board the plane – and as of today, you’ll need to take another PCR test when you land. You’ll then have to wait at an approved hotel, at your own expense, for your test results.

Under the rule, if the test is negative, Canadians are still forced to quarantine in their own homes, a policy that will be “enforced” according to Trudeau.

Those who test positive for COVID-19 are forced to quarantine in “designated government facilities” for 14 days. Another PCR test is then required towards the end of the quarantine.

However, a video clip posted to Instagram by Chris Sky shows him arriving at an airport in Canada and refusing to take the test. The video has received over 500,000 views.

The video shows Sky being asked why he is not wearing a mask before he explains to officials that the COVID test is a “violation of our charter rights section 6 and a violation of the Emergency Act 14.1 – so I’m going to be declining your test today.”

Sky then tells the other people in the queue to deny the test if they are Canadian citizens, claiming “they cannot stop you, they cannot force you, you are a citizen, you have rights.”

Police then ask Sky for identification before asking again if he is refusing to take the test.

“I refuse to take your test a million percent,” he responds.

After being told he is getting a ticket, police refuse to say how many people have been “convicted,” with Sky insisting the number is “zero.”

“Why? It’s a violation of our charter rights, so when that ticket goes to court, they throw it the fuck out – it’s that simple,” states Sky.

After being issued with the fine, Sky was presumably allowed to leave the airport and re-enter Canada without undergoing a COVID test or being told to quarantine. 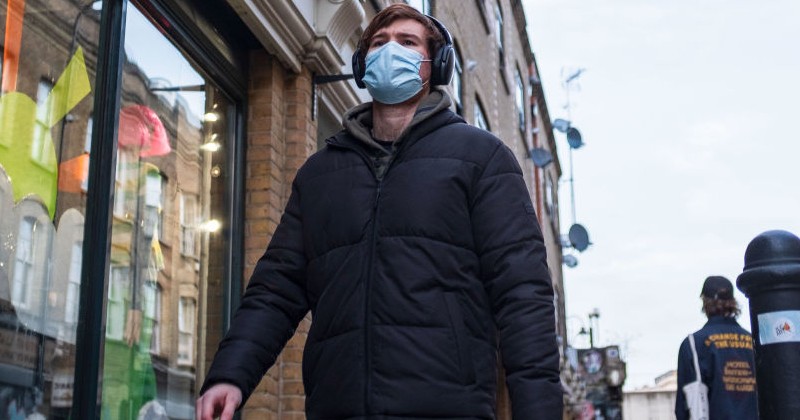 Health authorities in England have announced that not a single case of influenza has been detected this year, with one professor suggesting that mask wearing should be kept in place during winter to drive down flu deaths to “zero.”

“The social restrictions brought in to curb transmission of coronavirus, combined with an increased uptake of flu vaccine, have both been credited with driving down infections,” reports the Independent.

Of the 685,243 samples tested at the PHE’s laboratories since the first week of January, not a single flu infection was discovered.

Professor Christina Pagel went on to suggest that some of the measures brought in to fight coronavirus could be kept in place to combat flu infections.

Asserting that “we can reduce flu deaths to pretty much zero,” Pagel said it is “worth encouraging people to wear masks” on public transport and in other busy environments every winter.

As we previously highlighted, other health experts have suggested that flu cases are so dramatically low because influenza cases are being falsely counted as COVID cases.

According to the CDC, the cumulative positive influenza test rate from late September into the week of December 19th was just 0.2%, compared to 8.7% from a year before.

According to Wittkowski, former Head of Biostatistics, Epidemiology and Research Design at Rockefeller University, this was because many flu infections are being incorrectly labeled as coronavirus cases.

“There may be quite a number of influenza cases included in the ‘presumed COVID-19’ category of people who have COVID-19 symptoms (which Influenza symptoms can be mistaken for), but are not tested for SARS RNA,” Wittkowski told Just the News.

Numbers published in April last year by the UK’s Office of National Statistics also showed that there had been three times more deaths from flu and pneumonia than coronavirus.

“The number of deaths from flu and pneumonia – at more than 32,000 – is three times higher than the total number of coronavirus deaths this year,” reported the BBC.