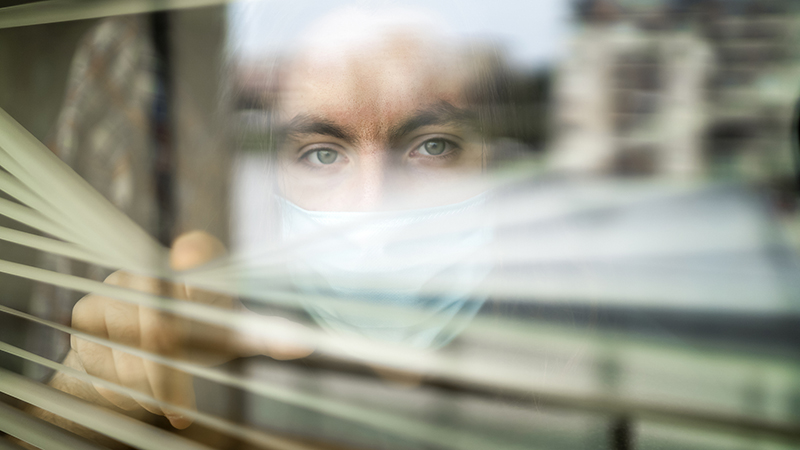 Academics from Duke, Harvard, and Johns Hopkins have concluded that there could be around a million excess deaths over the next two decades as a result of lockdowns.

A NBER working paper titled The Long-Term Impact Of The Covid-19 Unemployment Shock On life Expectancy And Mortality Rates suggests that “For the overall population, the increase in the death rate following the COVID-19 pandemic implies a staggering 0.89 and 1.37 million excess deaths over the next 15 and 20 years, respectively.”

The study into how unemployment affects mortality and life expectancy was centred around 67 years of data about unemployment, life expectancy, and death rates from the Bureau of Labor Statistics and the Centers for Disease Control and Prevention.

The paper suggests that deaths caused by the economic and societal decline as a result of lockdowns may “far exceed those immediately related to the acute COVID-19 critical illness.”

“The recession caused by the pandemic can jeopardize population health for the next two decades,” they add.

The authors also note that “Based on emerging data, it is likely that the limited access to health care during the lockdown, temporary discontinuation of preventive care interventions, massive loss of employer-provided health insurance coverage, and the lingering concern of the population about seeking medical care out of fear of contracting COVID-19 will impact mortality rate and life expectancy even more severely.”

They add “We interpret these results as a strong indication that policymakers should take into consideration the severe, long-run implications of such a large economic recession on people’s lives when deliberating on COVID-19 recovery and containment measures.”

The findings add to the mountains of research that already exists suggesting that the ‘cure is worse than the problem’.

In October, the World Health Organization’s Regional Director for Europe Hans Kluge said governments should stop enforcing lockdowns, unless as a “last resort,” because the impact on other areas of health and mental well-being is more damaging.

Kluge’s warning matched that of the WHO’s special envoy on COVID-19, Dr David Nabarro, who told the Spectator in an interview that world leaders should stop imposing lockdowns as a reflex reaction because they are making “poor people an awful lot poorer.”

The warnings resonate with numerous other experts who have desperately tried to warn governments that lockdowns will end up killing more people than the virus itself, but have been largely ignored.

Germany’s Minister of Economic Cooperation and Development, Gerd Muller, recently warned that COVID-19 lockdowns will result in “one of the biggest” hunger and poverty crises in history.

“We expect an additional 400,000 deaths from malaria and HIV this year on the African continent alone,” Muller said, adding that “half a million more will die from tuberculosis.”

Muller’s comments arrived months after a leaked study from inside the German Ministry of the Interior revealed that the impact of the country’s lockdown could end up killing more people than the coronavirus due to victims of other serious illnesses not receiving treatment.

Another study found that lockdowns will conservatively “destroy at least seven times more years of human life” than they save.

A Guardian analysis has found that there have been thousands of excess deaths of people at home in the UK due to the lockdown.

Infectious diseases expert and University of Edinburgh professor Mark Woolhouse acknowledged that the decision to lockdown the UK last March was a “crude measure” that was enacted because “we couldn’t think of anything better to do.”

Woolhouse said the lockdown was a “panic measure” and a “monumental mistake on a global scale,” adding “I believe the harm lockdown is doing to our education, health care access, and broader aspects of our economy and society will turn out to be at least as great as the harm done by COVID-19.”

As we further previously highlighted, a data analyst consortium in South Africa found that the economic consequences of the country’s lockdown will lead to 29 times more people dying than the coronavirus itself.

Thousands of doctors and scientists are also on record as opposing lockdown measures, warning that they will cause more death than the coronavirus itself.

Seychelles Opens For Holidays… But Only For The Vaccinated