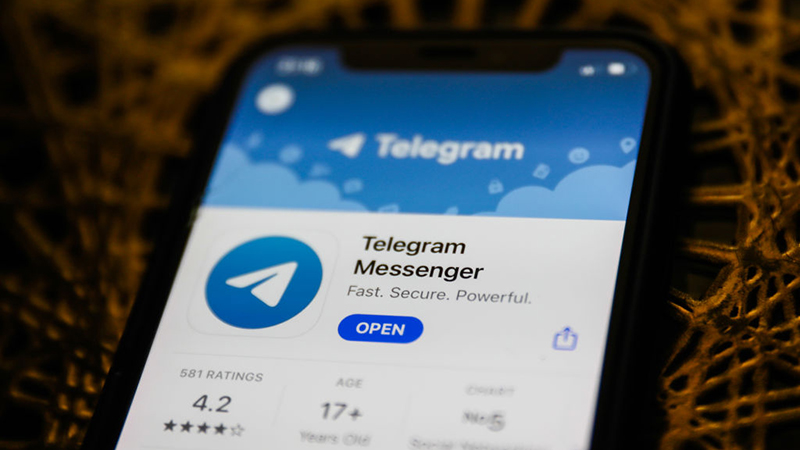 A lobbyist group is suing Apple in an effort to get free speech messaging platform Telegram removed from the app store, claiming that it allows ‘extremists’ to spread ‘hate speech’.

Telegram has seen a surge in users since Twitter and Facebook permanently suspended President Trump. Last week the service gained more than 25 million new users in just 72 hours, taking the total users to over 500 million.

The platform promotes itself as a service that believes in free speech and a strong privacy ethic, often polarising itself from the likes of Facebook owned Watts App and Microsoft owned Skype.

Now, amid calls for the platform to be restricted, lobby group The Coalition for a Safer Web has called for it to be completely deleted from big tech app stores.

In particular, the group has filed a lawsuit against Apple, alleging that it has failed to hold Telegram accountable for violating its terms of service.

The complaint, filed in the US District Court for Northern California, accuses Telegram of allowing anti-Semites, neo-nazis and white supremacists to use the platform to foment hate.

“Telegram currently serves as the preferred neo-Nazi/white nationalist communications channel, fanning anti-Semitic and anti-black incitement during the current wave of protests across America,” the lawsuit claims.

It also states that ‘extremists’ are set to “migrate to Telegram” in bigger numbers following Apple, Google and Amazon’s attempts to wipe Parler off the internet completely.

The lawsuit further alleges that Telegram “is currently being used to coordinate and incite extreme violence before the inauguration of President [-elect] Joe Biden.”

The Coalition for a Safer Web’s President, Marc Ginsberg, who is a former US ambassador to Morocco and deputy senior adviser to the US president on Middle East Policy, has claimed that “By continuing to host Telegram on the Apple App Store, [the] defendant (Apple) facilitates religious threats against him and his family that has caused Ambassador Ginsberg to fear for his life.”

The lawsuit points to the purging of Parler as a precedent, noting that “Apple has not taken any action against Telegram comparable to the action it has taken against Parler to compel Telegram to improve its content moderation policies.”

The group, which also has a Council on Foreign Relations executive, a former Chairman of the RNC, and a former Homeland Security chief on its advisory board, is also said to be preparing a lawsuit against Google for the same purpose of targeting Telegram.

While Telegram has positioned itself against the big tech behemoths, it has made efforts to remove ‘neo-Nazi’ channels from its platforms in recent months.

Meanwhile, Parler reemerged on the internet Sunday, after Amazon unceremoniously wiped it from its hosting servers.

Removing neo-Nazi and terrorist channels is one thing, however when that encompasses blanket banning everyone else along with them, and completely removing platforms and websites, free speech no longer exists.