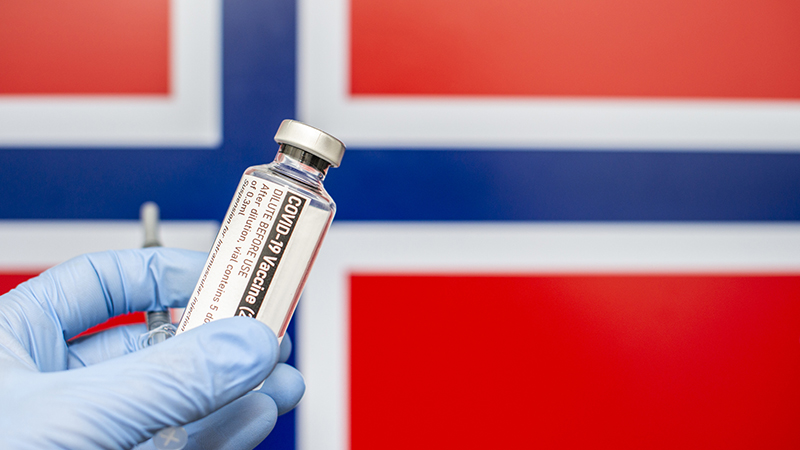 Reports emerging from Norway indicate that at least twenty three people have died after taking the Pfizer/BioNTech COVID-19 vaccine, yet the government regulator has said they don’t see anything alarming in the cases.

Norway was one of the first countries to start vaccinating people before the end of last year, beginning in nursing homes with the elderly.

Reports from local media there note that there have been 23 deaths among those who have taken the shot, with 13 so far positively linked to the side effects of the shot.

However, Dr. Steinar Madsen, the medical director of the national drug regulator, the Norwegian Medicines Agency commented “We do not see anything alarming with these figures. All deaths are in elderly and frail people with underlying diseases.”

The reports also indicate that a further 29 people who took the vaccine have developed significant side effects. Nine of those cases are said to be critical.

The developments prompted the Norwegian Public Health Institute to update its Covid-19 vaccination guidelines to suggest that the benefit of the jab to already ill people “may be marginal or negligible.”

“For those with the most severe frailty, even relatively mild vaccine side effects can have serious consequences,” the Institute noted, adding “For those who have a very short remaining life span anyway, the benefit of the vaccine may be marginal or irrelevant.”

While there are hundreds of deaths in nursing homes every month, this development is sure to be concerning, given that globally the vaccine is being rolled out to elderly people first.

In the UK, the government has announced that more than a third of people over 80 have already received the jab.

The number equates to over a million people in the UK.

New Normal: Chinese Citizens Have to Scan a Tracking App to Re-Enter Their Own Homes 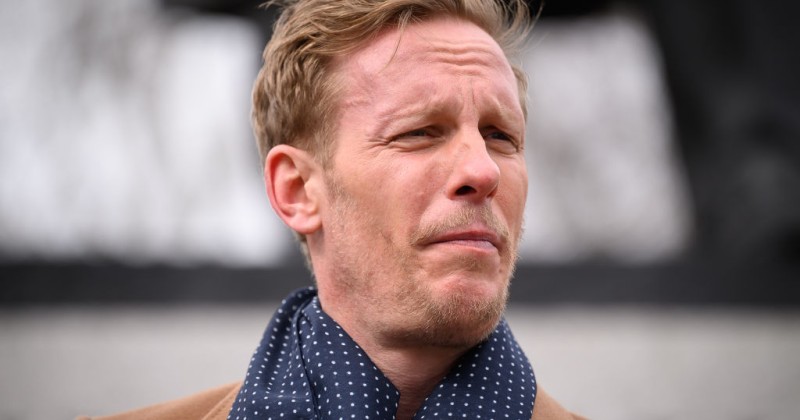 After the revelation that half a million vegans in the UK could be prevented from having to take mandatory workplace vaccinations due to their beliefs being protected by employment law, actor Laurence Fox publicly announced that he now identifies as “trans vegan.”

“So-called ethical veganism was ruled to be a protected characteristic at a tribunal last year, meaning employers would risk legal action if they order staff to be vaccinated,” reports the Daily Telegraph.

Workers with other religious beliefs could also cite their status as a protected category in order to avoid employers forcing compulsory jabs.

“Some ethical vegans may disagree with vaccinations on the basis that they will inevitably have been tested on animals. Ethical veganism has previously been found by an [employment tribunal] to amount to a belief, capable of being protected,” said a spokesman for the Lewis Silkin law firm.

Although COVID-19 vaccines don’t contain anything derived from animals, they were tested on animals.

Jeanette Rowley, a rights advocate at the Vegan Society, said she had received around 100 messages from concerned vegans who say “they’re very affected, psychologically, to have to confront this dilemma.”

Actor and anti-lockdown campaigner Laurence Fox responded to the news by proclaiming a new identity that is sure to be shared by countless others.

From this day forward I self identify as a trans vegan.

I will only eat plant based food and medium rare sirloin steaks. And chicken, pork scratchings and salami.

“From this day forward I self identify as a trans vegan,” he tweeted.

“I will only eat plant based food and medium rare sirloin steaks. And chicken, pork scratchings and salami,” added Fox.

Fox subsequently reaffirmed his commitment to his new identity by tweeting, “#TransVeganRightsAreHumanRights.”

For millions of Brits, particularly younger people who are more likely to die from vaccine side-effects than the virus itself, their refusal to be intimidated into taking the jab as a condition of work can be boiled down to one statement of defiance.

“It’s still a question whether the Federal government can mandate the whole country.” 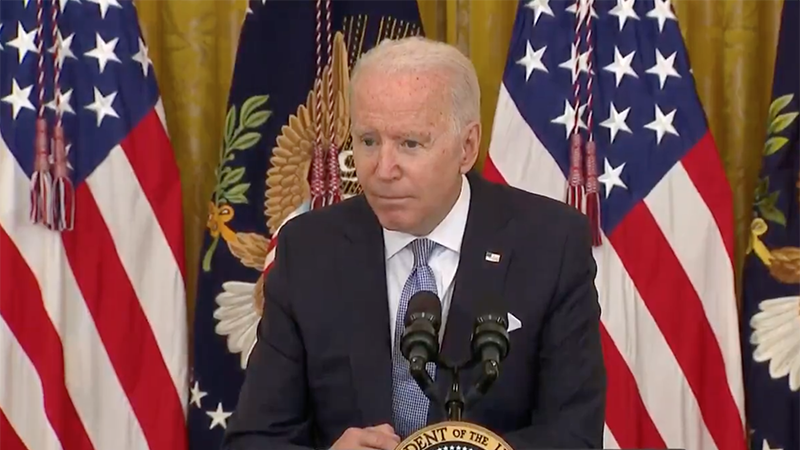 While ruling that all federal employees, as well as active duty military and veterans health workers will all be mandated to take coronavirus vaccines, Joe Biden admitted that he’d like to see the ENTIRE U.S. mandated to take the shots.

While talking about the likes of Google and Facebook announcing vaccine mandates for their employees, Biden said “I would like to see them continue to move in that direction,” and added that “it’s still a question whether the Federal government can mandate the whole country.”

“I don’t know that yet,” Biden added, indicating it is something he is actively seeking to clarify.

In what came across as a mash up of a desperate sales pitch with tyrannical decree, Biden earlier claimed that even if people have been vaccinated they can still carry and transmit the DREADED delta variant.

Biden also said that cash incentives would be offered to get people to take vaccines: 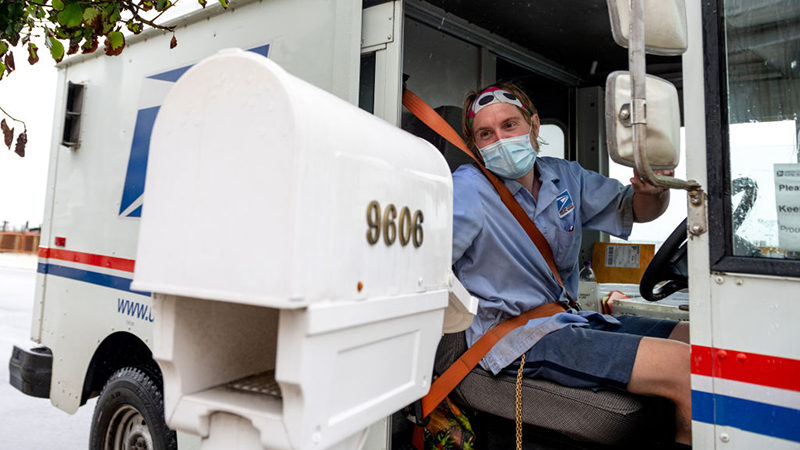 After Joe Biden decreed Thursday that anyone working for the U.S. government will be forced to take coronavirus vaccines, the backlash began almost immediately with the American Postal Workers Union issuing a statement of defiance.

Biden orders all federal workers to be vaccinated or be wear a mask on the job, physically distance from all other employees and visitors, comply with a weekly or twice weekly screening testing requirement, and be subject to restrictions on travel.

“While the APWU leadership continues to encourage postal workers to voluntarily get vaccinated, it is not the role of the federal government to mandate vaccinations for the employees we represent,” the statement urges.

It adds, “Issues related to vaccinations and testing for COVID-19 in the workplace must be negotiated with the APWU. At this time the APWU opposes the mandating of COVID-19 vaccinations in relation to U.S. postal workers.”

The union endorsed Biden for president, but is now drawling a line on vaccine mandates.

In addition to, the Federal Law Enforcement Officers Association, which represents more than 26,000 federal officers, slammed Biden’s mandate, saying that it believes requiring vaccinations represents an infringement on civil rights.

“There will be a lot of pushback. It’s going to be an avalanche,” President Larry Cosme said, adding that many within the Justice Department and the Department of Homeland Security will oppose the mandate.

The Washington Post reports that even The American Federation of Teachers, which represents nearly 200,000 health-care workers who could be affected, expressed resistance to the mandate.

“In order for everyone to feel safe and welcome in their workplaces, vaccinations must be negotiated between employers and workers, not coerced,” said the union’s president, Randi Weingarten.