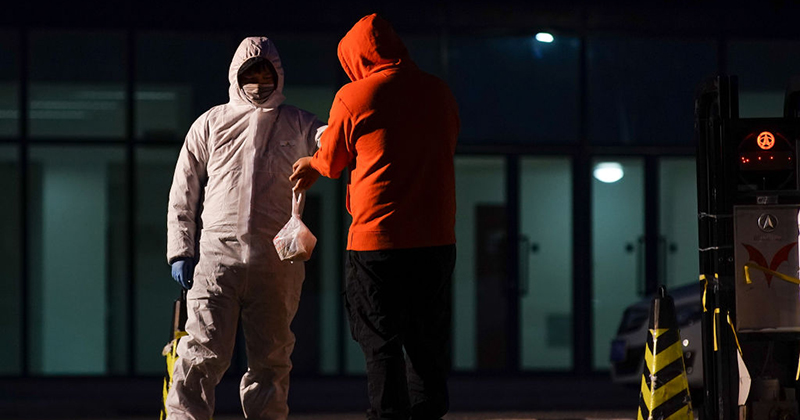 As part of the post-COVID “new normal” in China, which has been heralded by many in the west for its lockdown policies, some citizens now have to scan a government tracking app before being allowed to re-enter their own homes.

That’s according to a LockdownSceptics.org reader who has lived in China on and off since 2002 and owns a home and company there.

According to the reader, life isn’t back to what it was before the pandemic and has in fact changed drastically.

“Prior to the crisis, the population could move around freely without restriction,” he writes. “Now, you cannot enter most major public places like a station, an airport, a mall or any government building, without scanning a tracking app on your phone that clears you for entry with a green smiley face. Most residential compounds also require scanning to enter. So after you leave your home, you need to pass a scan to come back in.”

The individual also notes that “surveillance of the population is now total and absolute,” with virtually all transactions being run through either WePay or Alipay, which links them to a government ID number.

He also asserts that the notion that face masks were common in China before COVID-19 is a myth and that they were in fact “a rare sight.”

“Masks are now ubiquitous. There is supposedly no coronavirus in China but you need to wear a mask in airports, stations, malls, large public gatherings, taxis and all government buildings.”

Mainstream media outlets have continually praised China for its draconian approach to lockdown and advocated similar measures for the west.

As we previously highlighted, China’s onerous social credit score system, which punishes people who criticize the government by restricting their ability to engage in commerce, travel or even Internet use, has now been connected up with the post-COVID surveillance system.

In the age of social media deplatforming, an identical system is gradually being introduced in the west, where people who have been banned by social media networks for ‘offensive’ views are then also deplatformed by companies, insurance firms and banks.